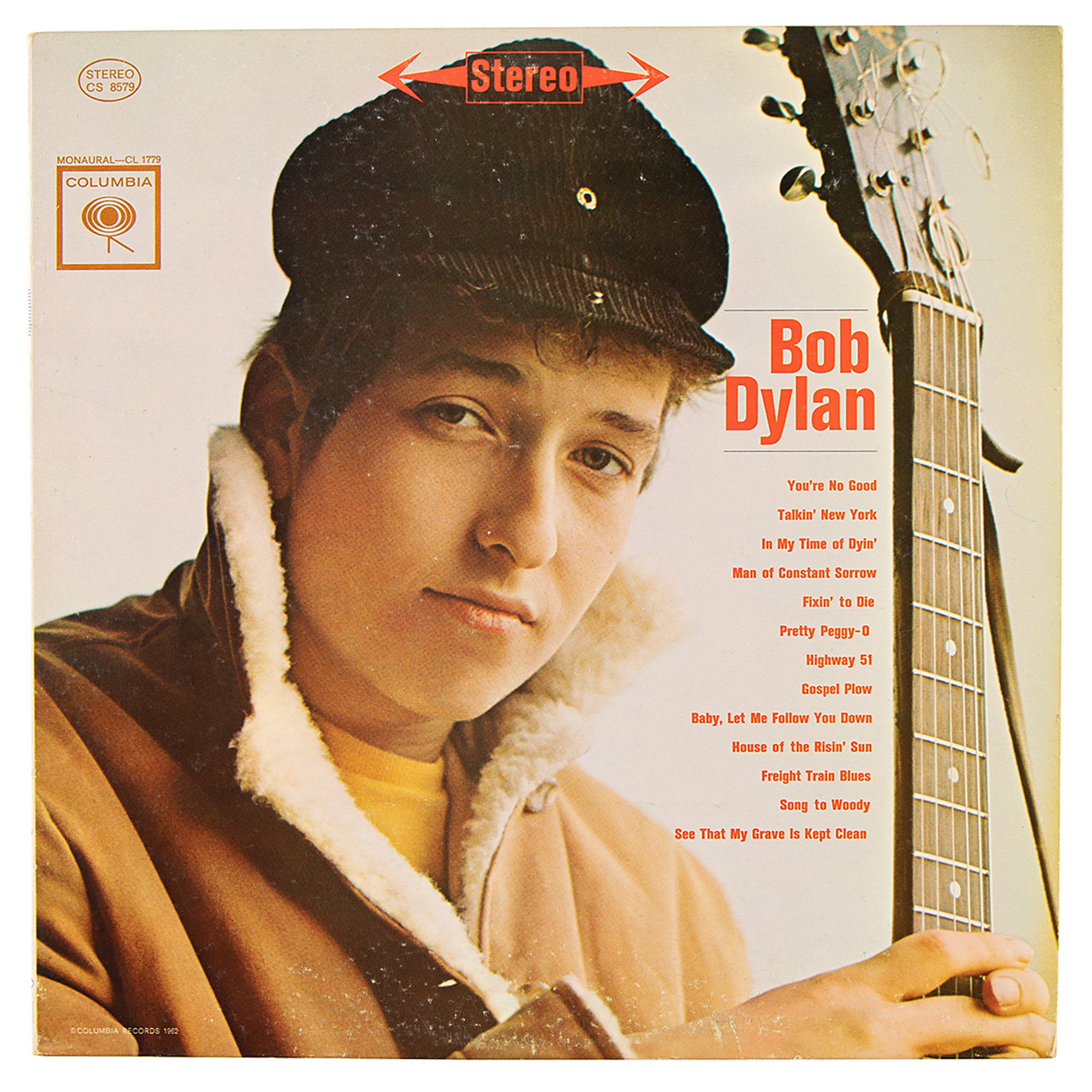 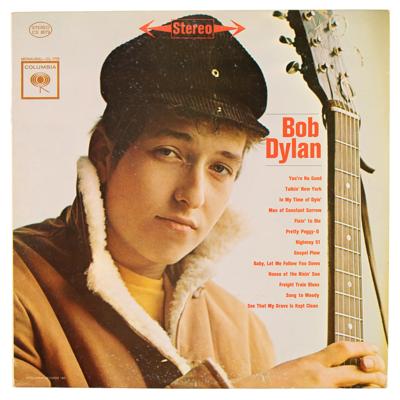 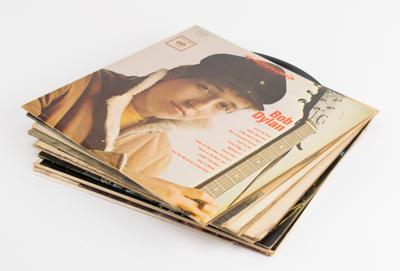 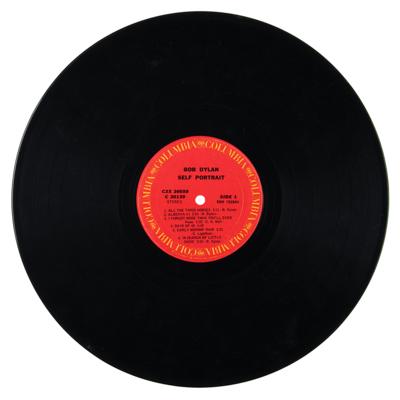 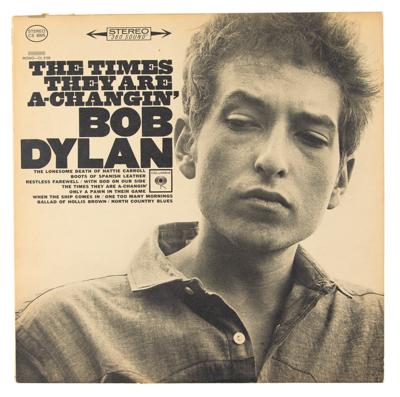 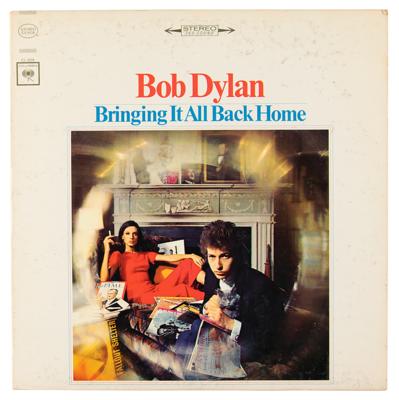 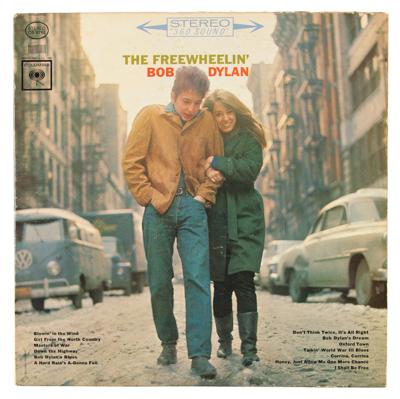 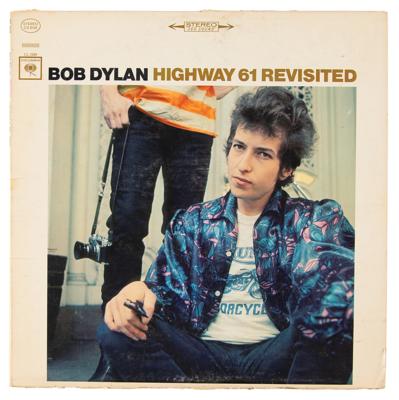 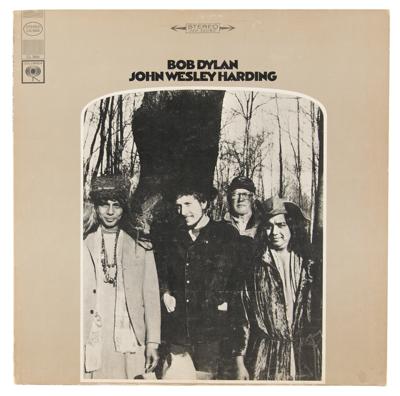 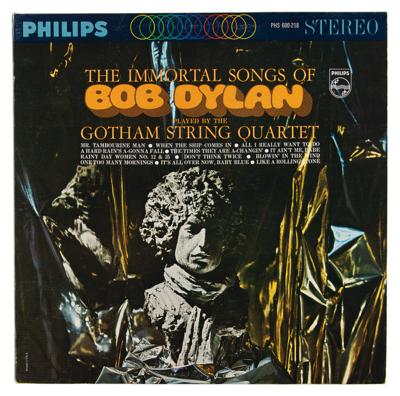 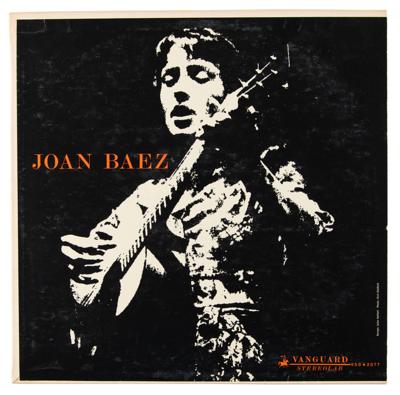 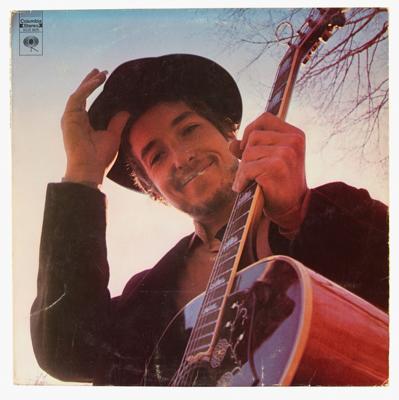 Collection of ten Bob Dylan (and Dylan-related) albums and records from the personal collection of Barbara Hewitt, his former Hibbing classmate and sometime girlfriend. As a teen in 1958, Dylan wrote dozens of love letters to Hewitt, assuring her of his enduring love and asking for hers in return. In those letters, he imagines himself as a musician with a million record sales, sharing a stage with Buddy Holly and Ritchie Valens. These albums, released between 1962 and 1969, represent the fulfillment of those dreams. The collection is highlighted by a rare original stereo pressing of Dylan's self-titled debut album, with red-and-black 'six eye' Columbia Records labels on the record.

One lone record from the two-disc Self Portrait (Columbia, C2X 30050, Stereo) missing its sleeve.

In overall very good to fine condition, with various scuffs and scratches to discs, partial edge splits to the Highway 61 and Nashville Skyline sleeves, a tear and crease to the label on the back of the John Wesley Harding sleeve, and other general expected wear. Accompanied by a few of Hewitt's own local newspaper clippings covering Dylan's rise to fame, as well as a clipped magazine ad for The Freewheelin' Bob Dylan.


From the collection of Barbara Ann Hewitt