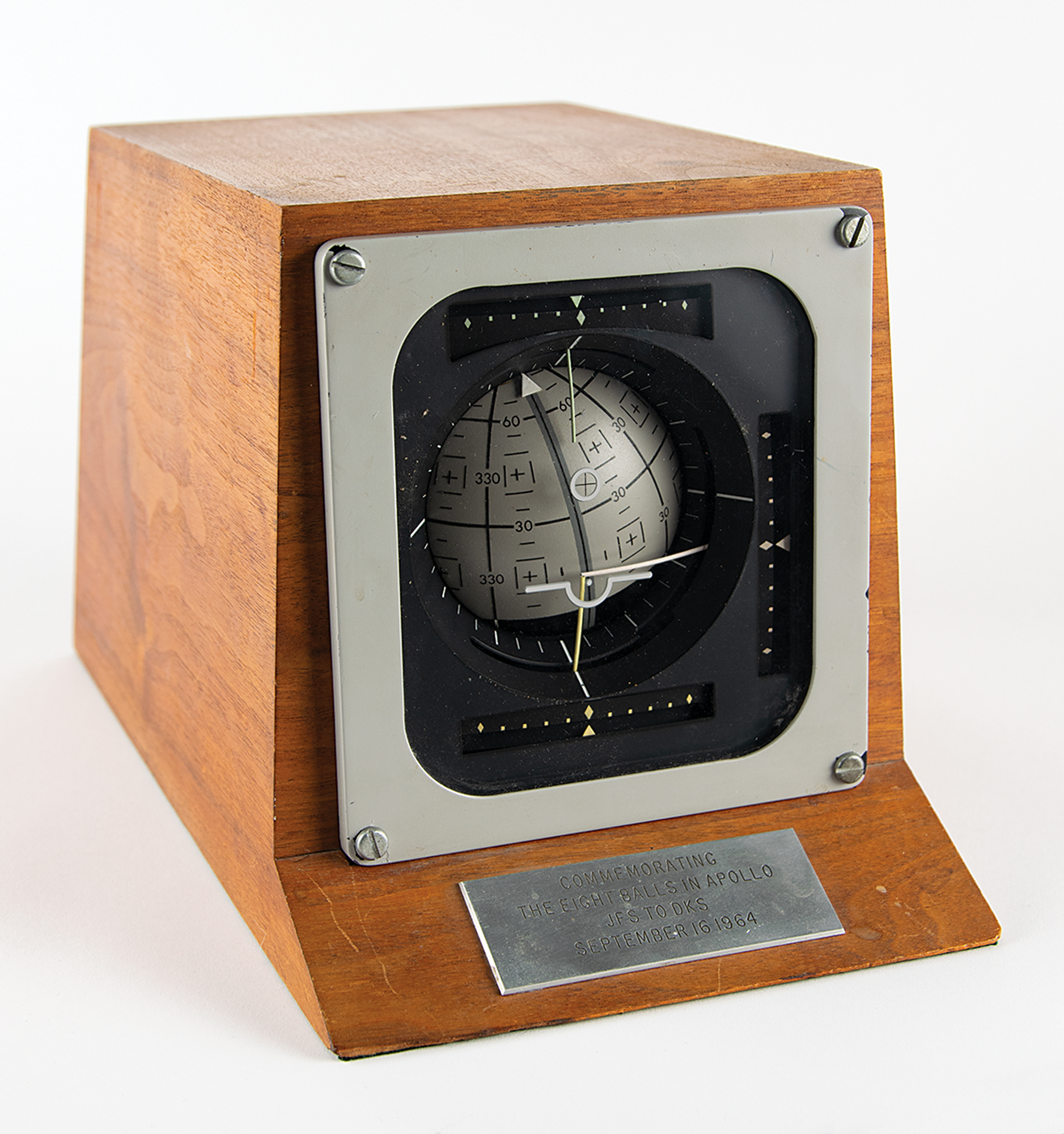 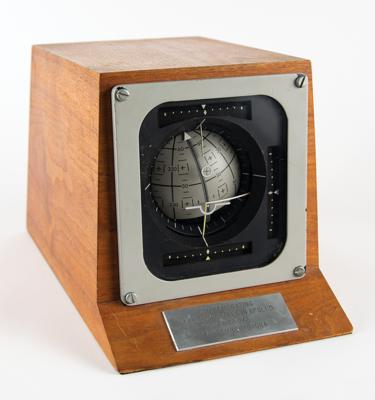 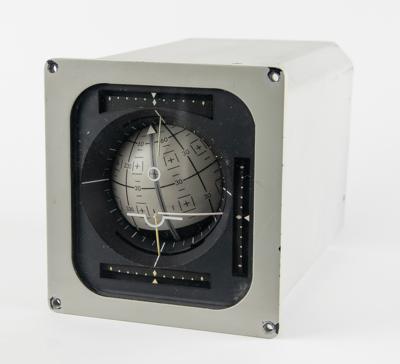 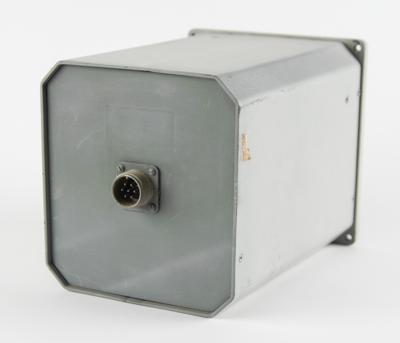 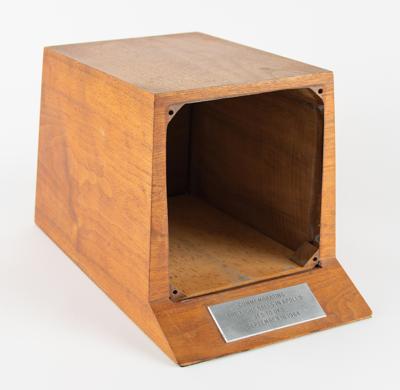 Scarce Apollo Block I Command Module Flight Director Attitude Indicator (FDAI) presented to Deke Slayton, in its 6.25″ x 6.25″ x 9″ gray metal housing and presented in a custom-made wooden 7.75″ x 8.25″ x 1.75″ case, with engraved plate on the front: "Commemorating the Eight Balls in Apollo, JFS to DKS, September 16, 1964." The unit lacks Honeywell tags or inspection stamps, and appears to be a training unit or developmental mockup; it is likely that "JFS" was a chief engineer at either NAA or Honeywell, involved in the development or deployment of the FDAI. In fine condition. Manufactured by Honeywell, the square-shaped interface was the initial design of the Apollo FDAI; the Block II Command Module carried a circular FDAI.

Commonly called the Apollo ‘8 Ball,’ the FDAI was used to define the relative position of the spacecraft in three-dimensional space. Originally designed to be three different panel instruments, the astronauts, most of whom were experienced test pilots, demanded an all-in-one device similar to the artificial horizon indicator in airplanes. Slayton, as head of the Astronaut Office and assistant director of Flight Crew Operations, would have been their leading advocate. Thus, the iconic Apollo '8 Ball' was born.

Originally selected as part of NASA's inaugural class of astronauts—the 'Mercury Seven'—Slayton was well-versed in aeronautical navigation, having served as a United States Air Force pilot during World War II, worked for Boeing as an aeronautical engineer, and been a USAF test pilot. Grounded by NASA due to a heart condition in 1962, he became chief of the Astronaut Office, tasked with making future crew assignments. In that role, and subsequently as director of Flight Crew Operations, he developed the standard Apollo crew rotation, whereby a backup crew became the prime crew three missions later. Slayton made the decision to have Neil Armstrong take the first steps onto the moon, later reflecting: 'I figured the commander ought to be the first guy out.' Restored to flight status in 1972, Slayton would finally get his chance to fly on the Apollo-Soyuz Test Project, and continued to work for NASA through the early days of the Space Shuttle—one of his final acts was flying a T-38 chase plane during the landing of STS-2. A remarkable memento from the career of one of NASA's most distinguished astronauts and administrators.