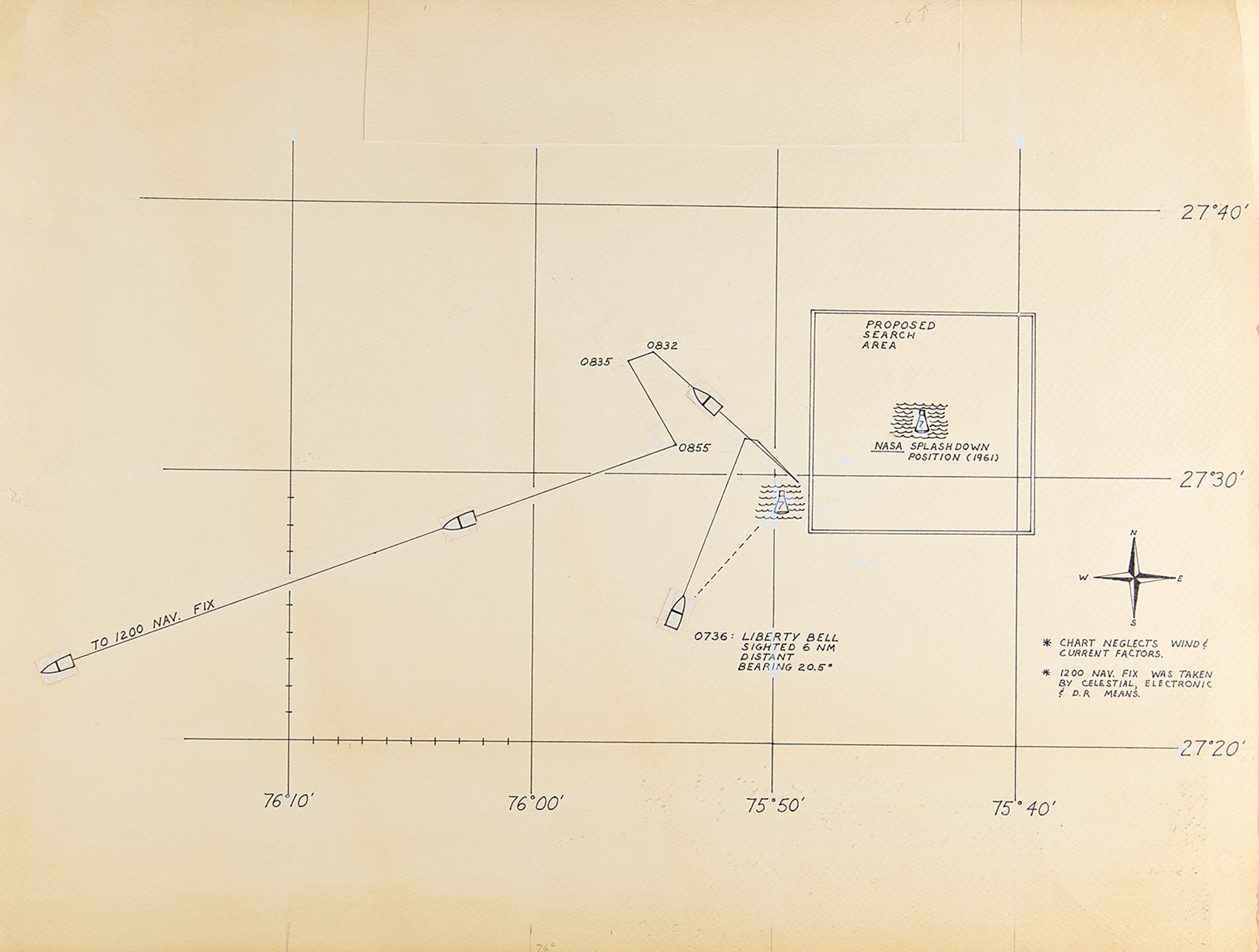 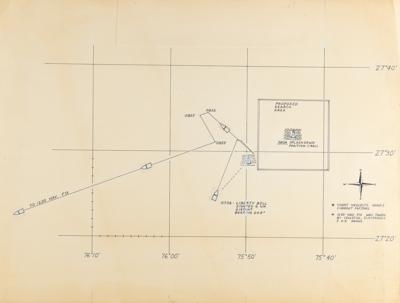 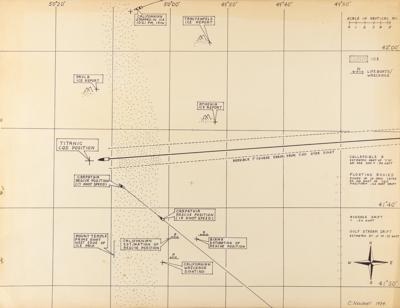 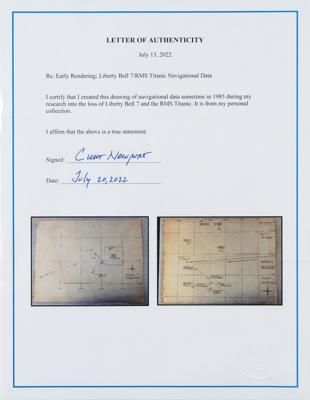 Early circa 1985 hand-drawn navigational chart for the recovery of the Liberty Bell 7 spacecraft, accomplished in graphite and black ink on an off-white 24″ x 18″ sheet of heavyweight design paper by Curt Newport, the team leader of the Liberty Bell 7 Recovery Expedition that discovered the spacecraft resting on the Atlantic seabed on May 1, 1999. The chart shows the trajectory of the capsule’s splashdown, a time mark annotated “0736: Liberty Bell Sighted 6 NM Distant Bearing 20.5 [degrees],” and a “Proposed Search Area” with a sketch of the capsule and its “NASA Splashdown Position (161).” The reverse of the sheet features Newport’s navigational research chart for the lost RMS Titanic, signed in the lower right in ink, “C. Newport, 1984,” which pinpoints various ice reports, rescue positions of the Carpathia, Californian, and Birma, and the “Titanic CQD Position.” In fine condition, with light toning and wear to the borders.

Accompanied by a signed letter of authenticity from Newport, who states: “I certify that I created this drawing of navigational data sometime in 1985 during my research into the loss of Liberty Bell 7 and the RMS Titanic. It is from my personal collection.”