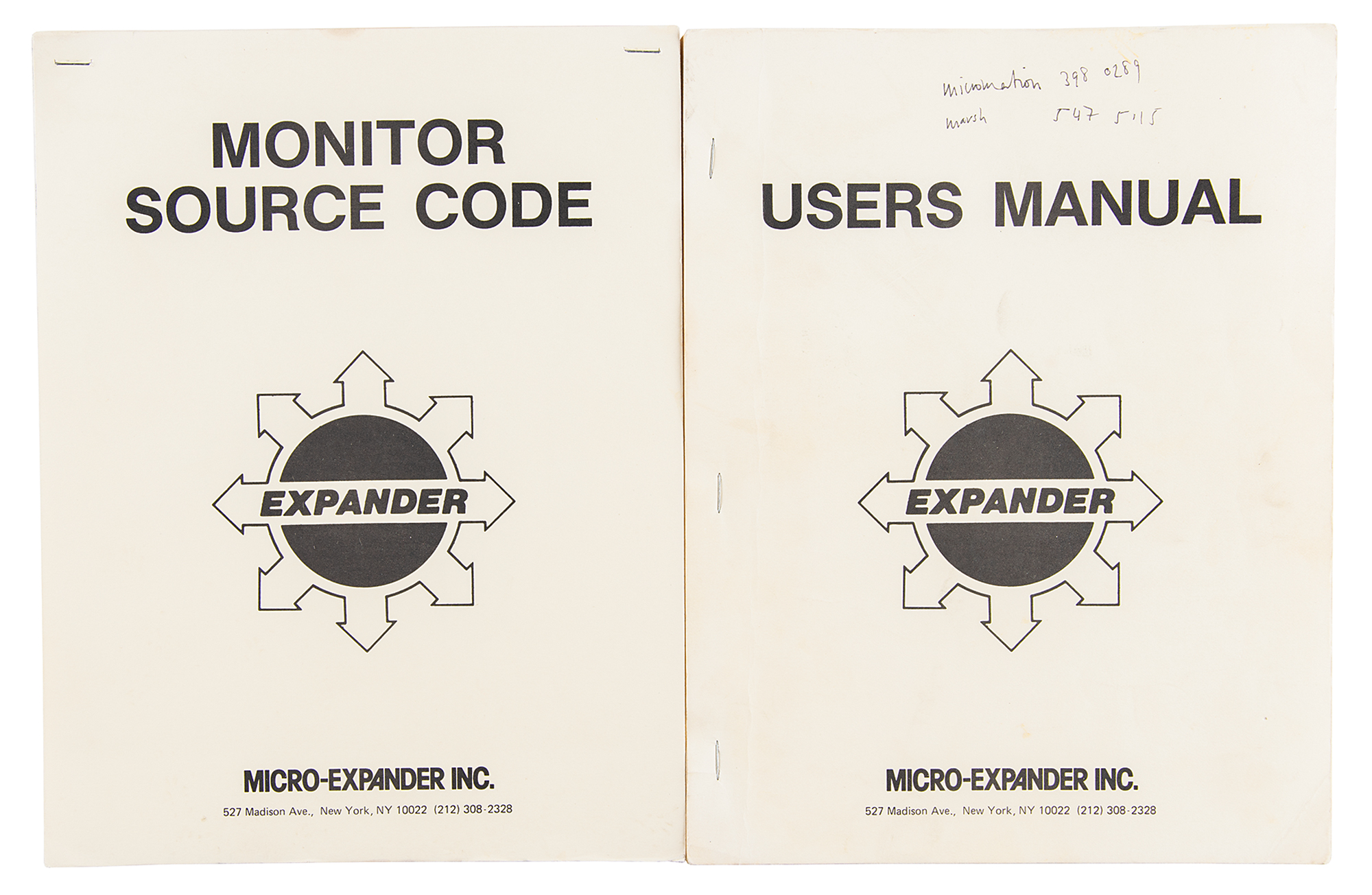 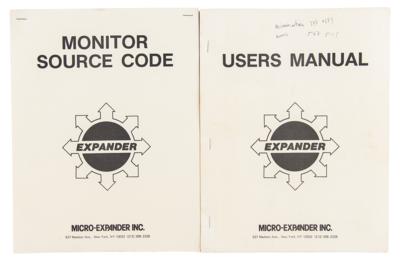 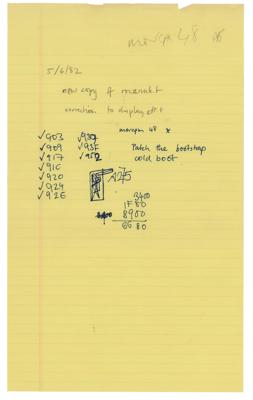 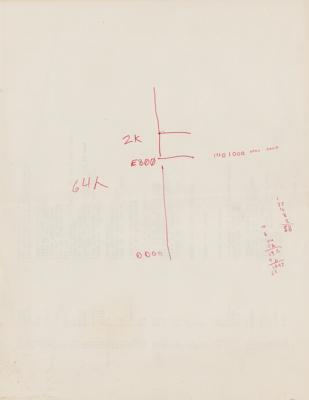 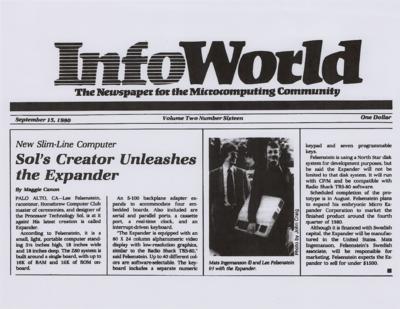 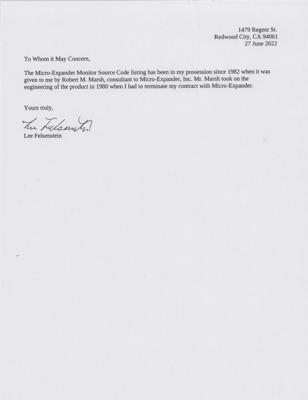 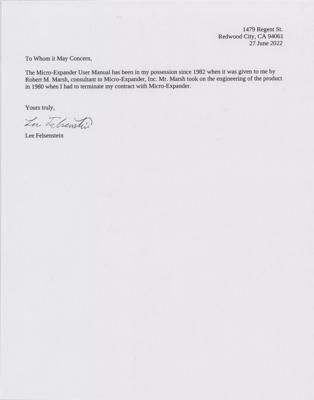 Two Expander manuals from the collection of personal computer pioneer Lee Felsenstein, an original member of the Homebrew Computer Club who designed multiple important early computers: the Intel 8080-based Sol-20, the first fully assembled microcomputer with a built-in keyboard and television output; and the Osborne 1, the first mass-produced portable computer. These manuals derive from his work on the Expander, built by Micro-Expander Inc., a 'slimline' computer with a built-in keyboard and number pad, measuring about 18 inches square and 4 inches thick. The system ran on a Z80A (3.58 MHz) processor, with 64K of RAM, color video output, and S-100 expansion bus (hence the name 'Expander').

Felsenstein was originally recruited to the Expander project by Micro-Expander's president, Mats Ingemanson, a young Swedish gentleman who wished to develop a personal computer to be sold in Europe. Felsenstein was able to build a working prototype of the Expander before his responsibilities as a founding member of the Osborne Computer Corporation became his chief priority. He turned over the Expander work to Robert Marsh, former VP of Processor Technology, to bring the design to a manufacturable level. Although some 200 Expander computers were built by Manu-Tronics Corporation of Kenosha, WI, Ingemanson was able to pay for only 10 and the rest had to be scrapped. Thus, only ten Expander computers got into buyers’ hands—the computers and their associated documentation are therefore extremely rare.

The lot includes one Expander User’s Manual and one manual of the Expander Monitor Source Code. Felsenstein notes that the user's manual is annotated on the front cover with phone numbers for Robert Marsh and Micromation (a company making disk storage systems). Inside the front cover is a yellow sheet of paper dated 5/6/82 with notations mentioning “new copy,” “corrections to display,” “movcpm 48 x,” and “Patch the bootstrap cold boot,” along with a checklist of numbers and a hexadecimal calculation of memory size. Inside at p. 36 is a single sheet of white paper with a copy of a page from another program listing with a rudimentary memory map drawn on the back in red ink—the one address shown is that of a bootstrap entry point with a binary expression of that address, the words “64K” and “2K” in addition to some arithmetic computations. The Monitor Source Code listing, dated 11/2/81, is a printout of a hexadecimal program listing with comments and appears to be a xerocopy of a tractor-feed printout.

In overall fine condition, with light general wear. Accompanied by letters of provenance signed by Felsenstein and a modern printout of an InfoWorld newspaper article announcing the Expander in September 1980.