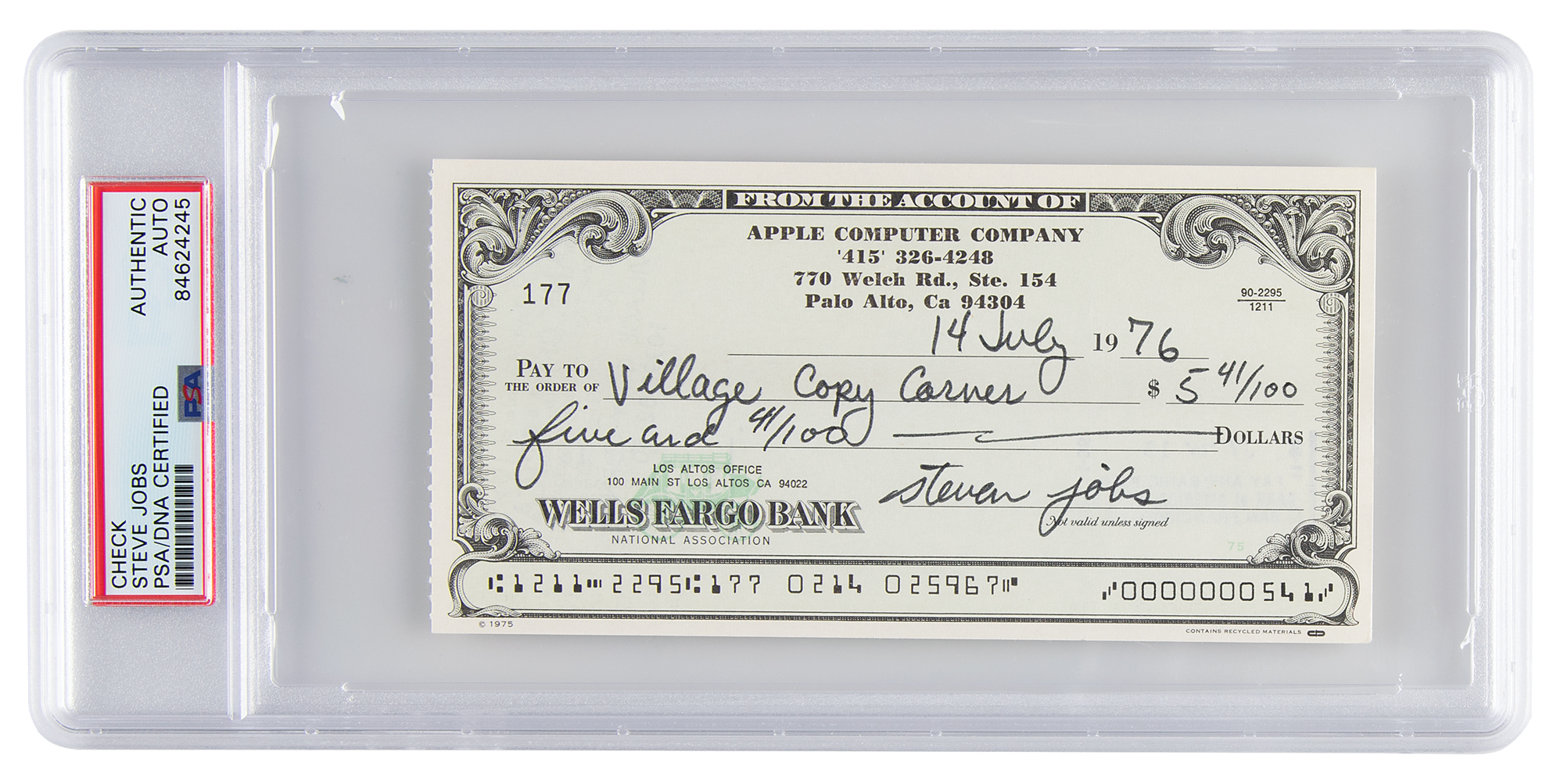 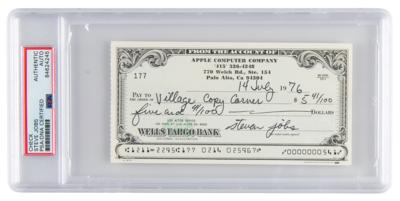 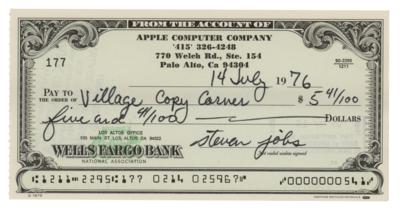 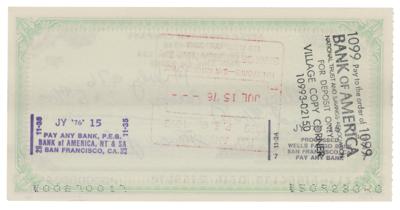 This exemplary Apple Computer check is the earliest of the three that we have offered—dated July 14, 1976, it was filled out and signed by Steve Jobs one day before he and Woz paid $3,430 to Kierulff Electronics for parts for the Apple-1. That check of July 15th, which we sold in March 2022, achieved over $160,000 at auction. The company had been founded just three months earlier, and they were hard at work building their first product.

Moreover, this check is connected to Lot #5009, a sales tax exemption card submitted by Jobs to Village Copy Corner at the end of Apple's first year of business. Although we do not know what Jobs was having copied on July 14th, 1976, we can only surmise that it was something significant to the early history of Apple Computer and likely pertained to the Apple-1—perhaps internal paperwork, Apple-1 advertising flyers, or pages for the Apple-1 Operation Manual.