Picasso deals with a prominent Swedish art collector—"I wrote to Mr. De Mare when I received the money in July" 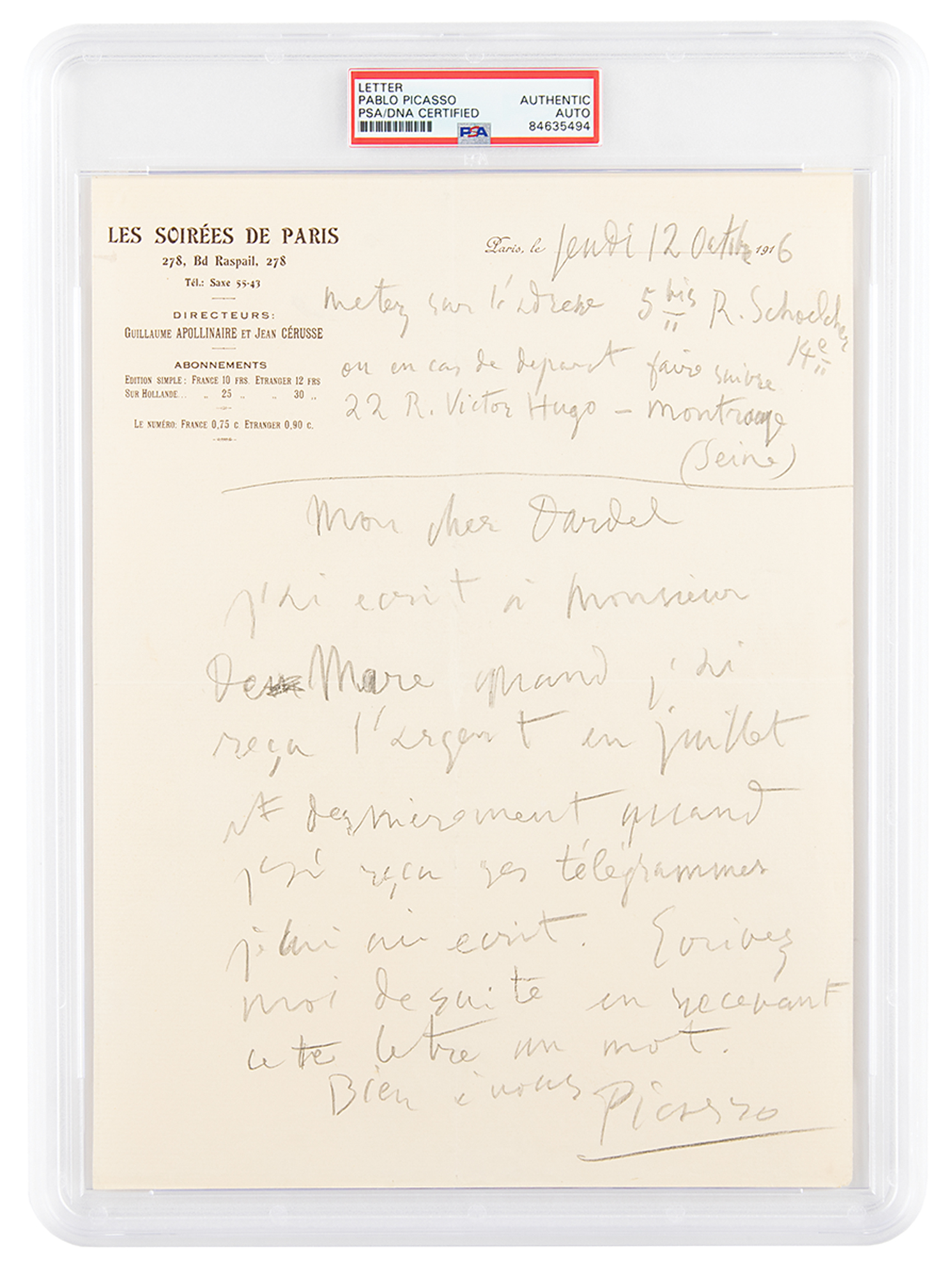 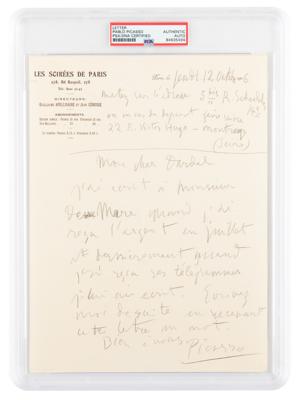 Picasso deals with a prominent Swedish art collector—"I wrote to Mr. De Mare when I received the money in July"

ALS in French, signed “Picasso,” one page, 8.25 x 11, Les Soires de Paris letterhead, October 12, 1916. A handwritten letter in pencil to Swedish painter Nils Dardel, in full (translated): "I wrote to Mr. De Mare when I received the money in July, and recently when I received his telegrams, I wrote to him. Drop me a line as soon as you receive this letter." Picasso adds delivery instructions to the upper right: "Put for the address 5 bis R. Schoelcher, 14 e, Or if gone, forward to 22 R. Victor Hugo—Montrouge (Seine)." In fine condition. Encapsulated in a PSA/DNA authentication holder.

Rolf de Mare (1888-1964) was a Swedish art collector and leader of the Ballets Suedois in Paris in 1920-25, who, in 1931, founded the world's first research center and museum for dance in Paris. Born to a wealthy Swedish family, de Mare began collecting in the early 1910s after being introduced to the French art scene by his lover and compatriot, the recipient of this letter, Nils Dardel, a Swedish painter who had moved to Paris in 1910 to study at Henri Matisse’s Academie. Close to painters such as Georges Braque and Fernand Leger but also to dealers Alfred Flechtheim and Wilhelm Udhe, Dardel worked as an advisor for de Mare, helping him to build a major art collection focused on Cubism. Thanks to Dardel’s negotiations with Flechtheim, de Mare was the first private collector to own Pablo Picasso’s At the Lapin Agile (1905), which he kept from 1914 to 1952. If Dardel was the main negotiator for purchases with dealers and artists, de Mare himself attended Kahnweiler sequestration sales in 1922 where he bought several Picassos, including The Glass (1911-12).