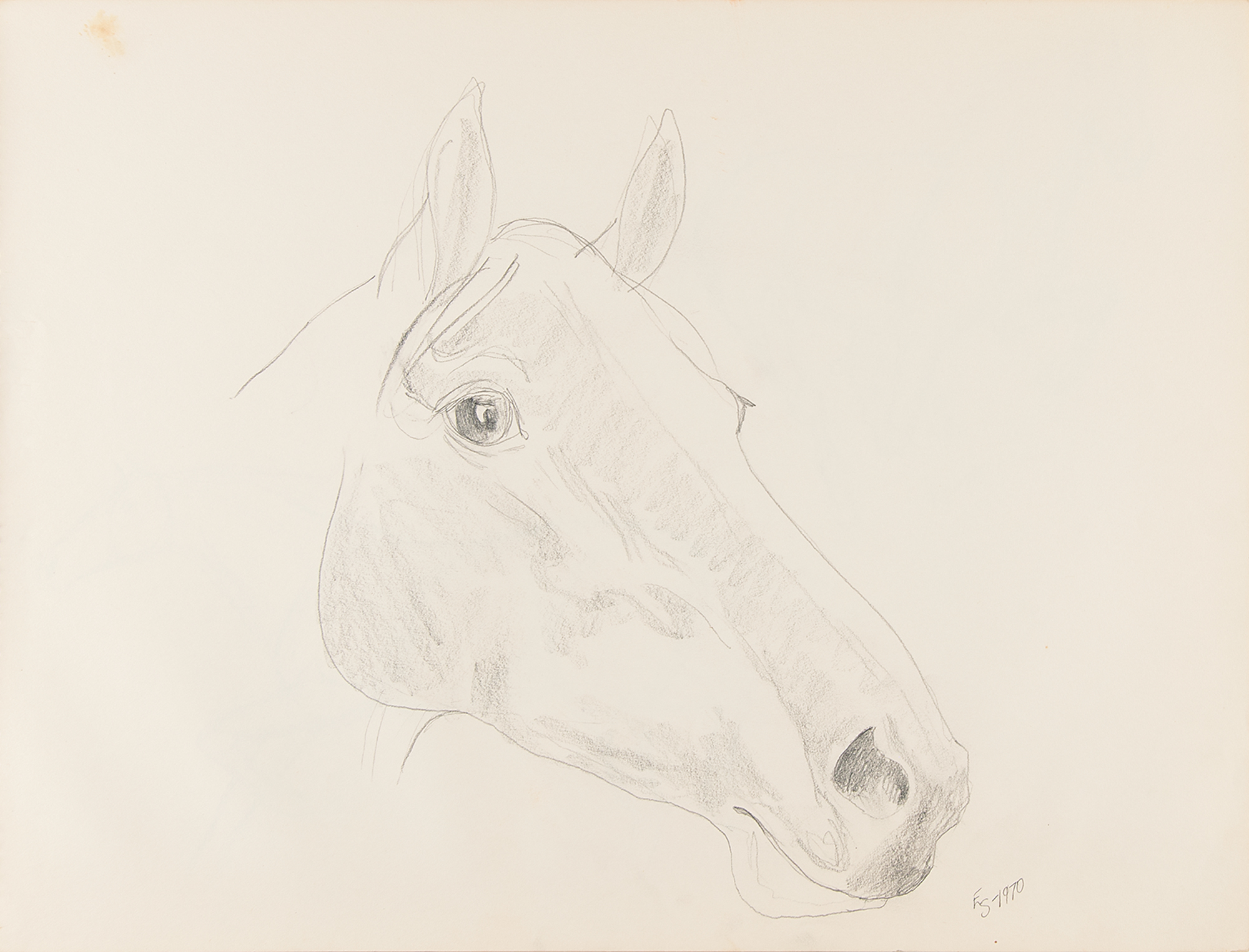 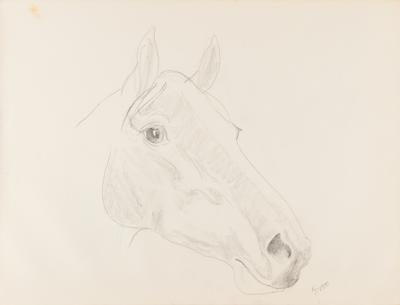 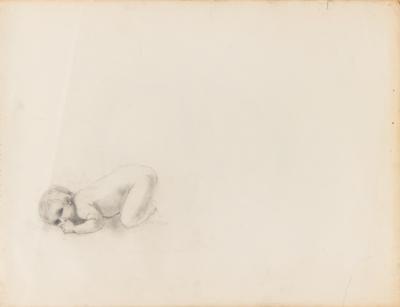 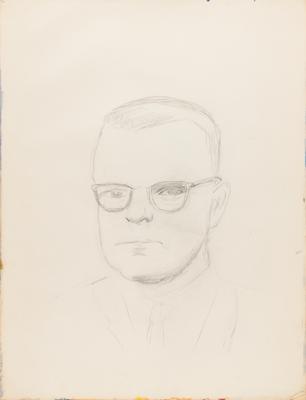 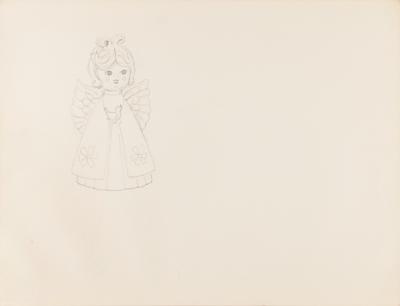 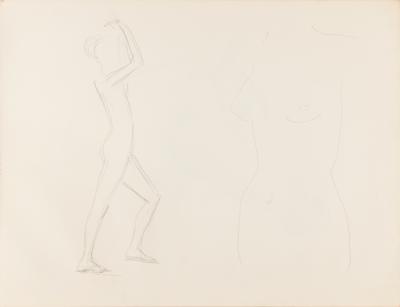 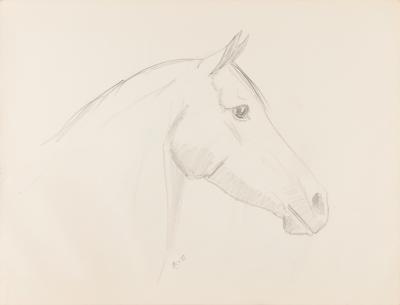 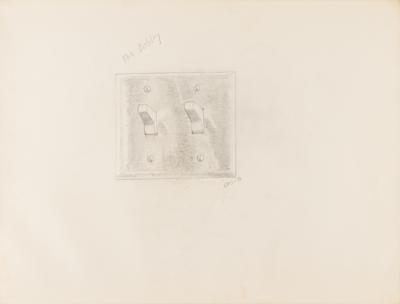 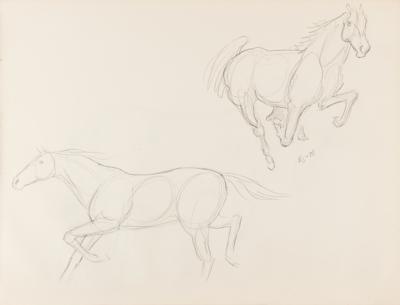 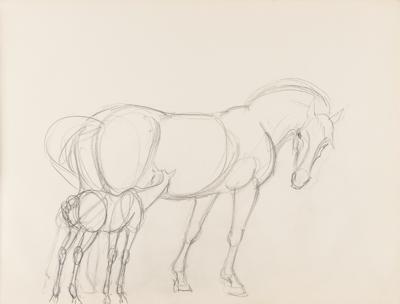 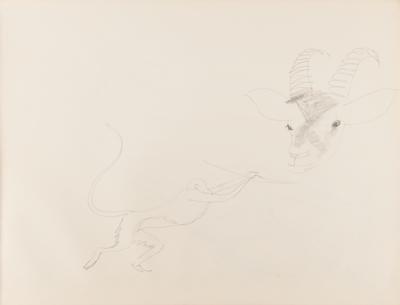 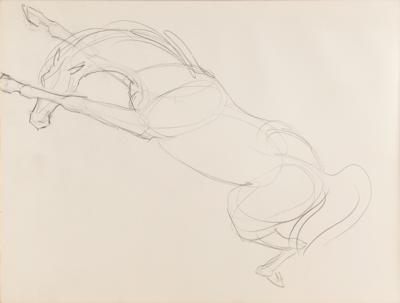 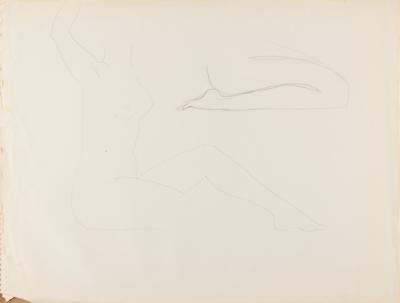 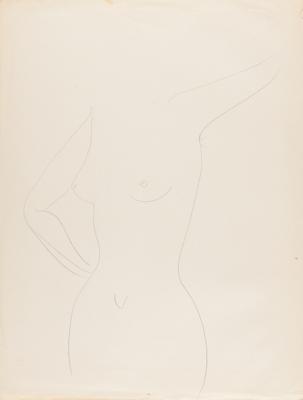 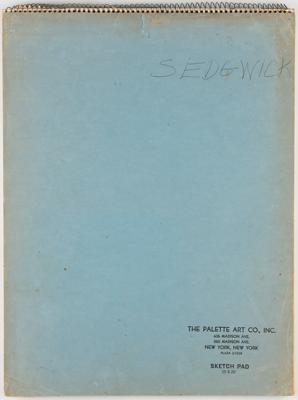 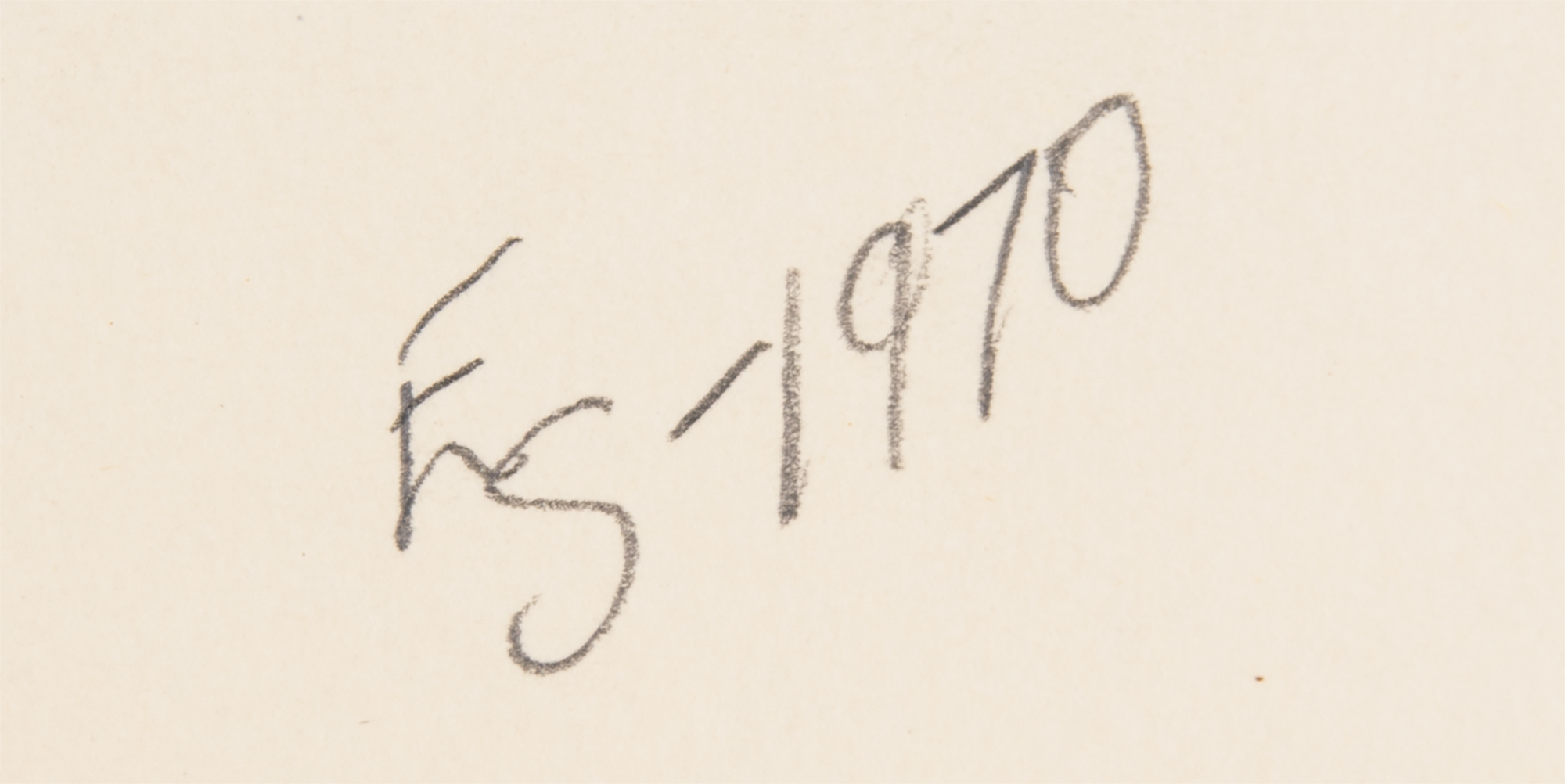 Spiral-bound 15 x 20 sketch pad belonging to Edie Sedgwick, dating to 1970, which contains a total of 13 original drawings in graphite, with Sedgwick adding her artist signature to four in different variations: “EMS-70,” “ES-70,” and “ES-1970.” The pad’s detached front cover also bears her last name across the top: “Sedgwick.” While the majority of the subjects are of horses, Sedgwick also includes drawings of an infant suckling its thumb, an angel figurine, a monkey and goat, several nude figure studies, a double light switch with the inscription, “For Bobby,” and a portrait of novelist Truman Capote. In fine condition, with scattered toning, edge tears, creases, and some stains, mainly to the detached front cover and the first page with infant (the majority of the sketches are entirely unaffected).

Sedgwick was admitted to the psychiatric ward of the Santa Barbara Cottage Hospital in August of 1969 after being arrested for drug possession. It became her primary residence for the remainder of that year and the next when she also finished filming Ciao! Manhattan in nearby Arcadia, California. It’s likely that Sedgwick used this sketch pad as a patient there. The inscription to “Bobby” remains unknown, although Sedgwick shared important relationships with at least three people with that first name: the musician Bob Dylan, his associate Bob Neuwirth, and her older brother, Bobby, who died in a motorcycle accident in 1965. Like many of the other offered lots, horses remain a focal point in Sedgwick’s sketch pad.