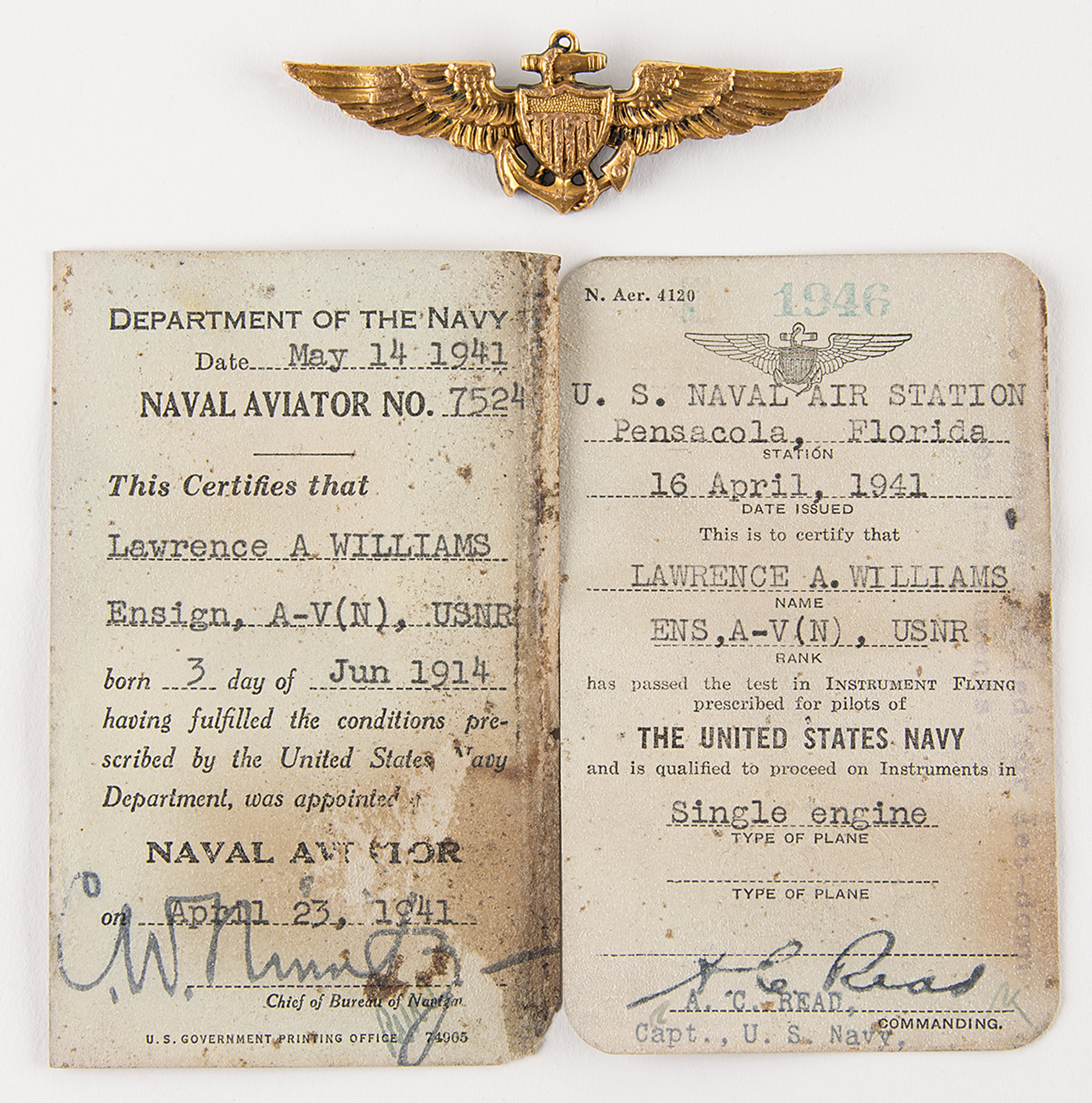 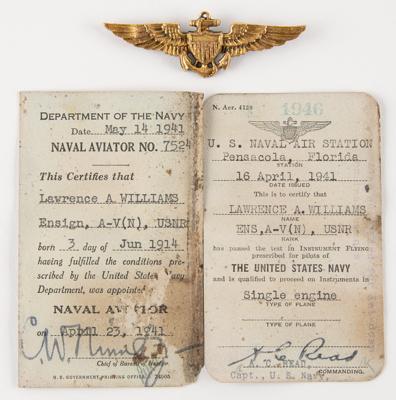 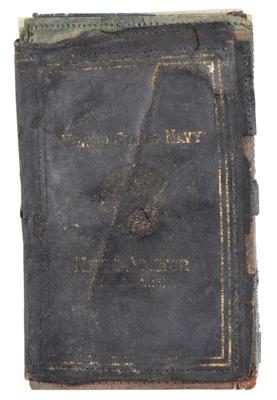 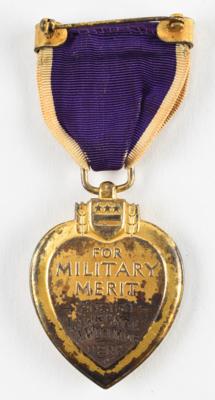 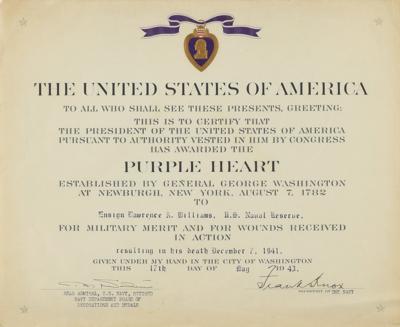 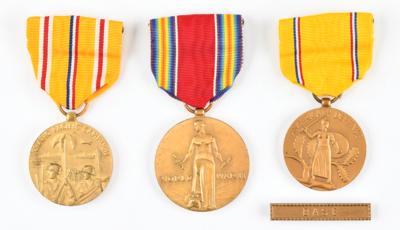 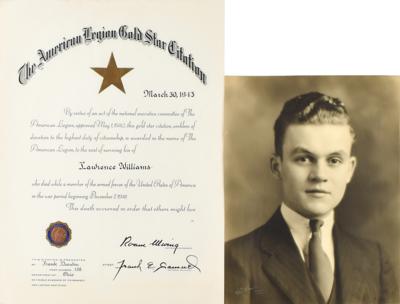 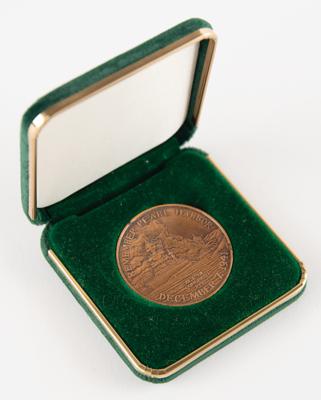 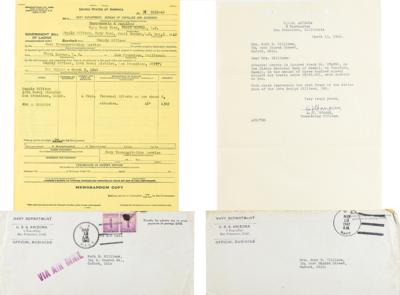 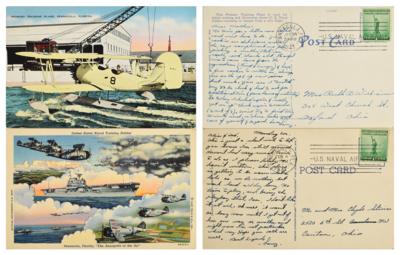 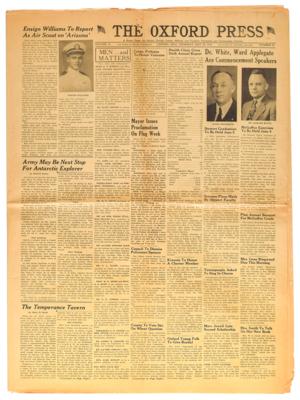 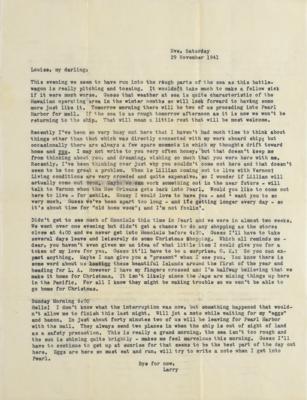 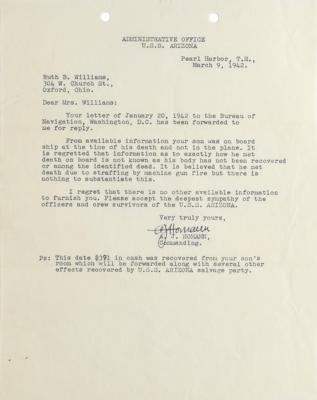 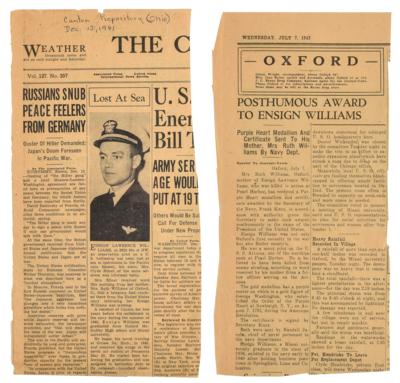 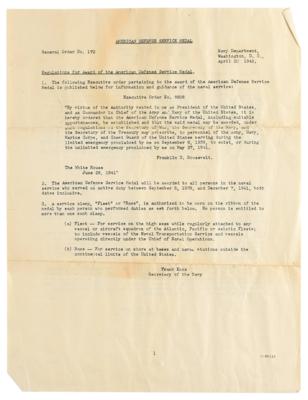 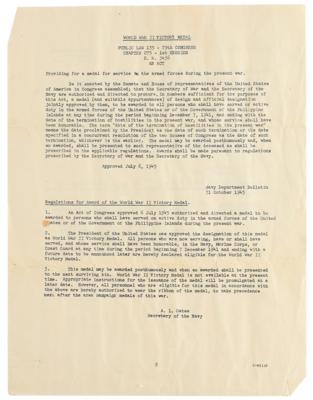 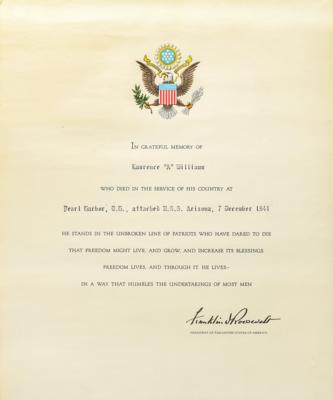 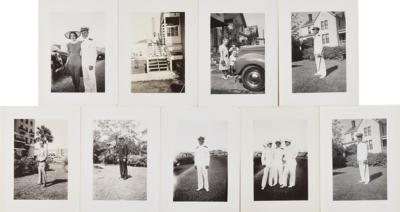 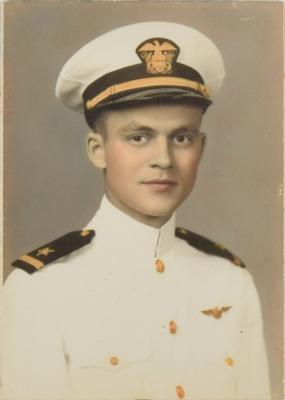 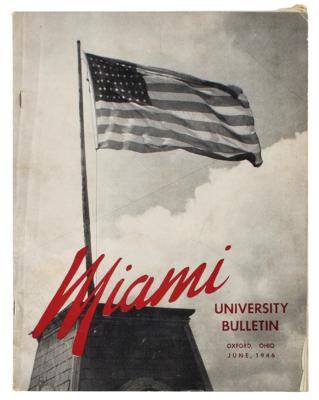 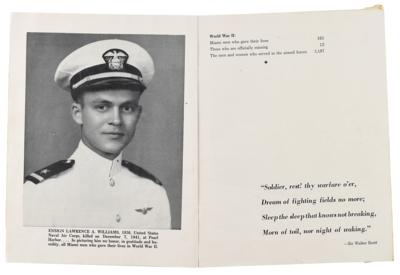 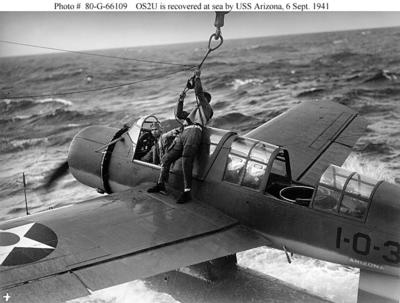 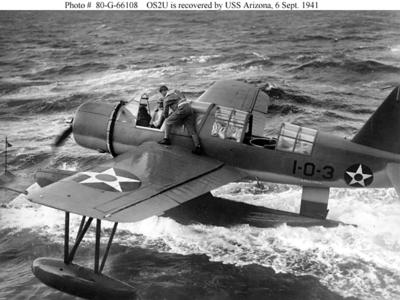 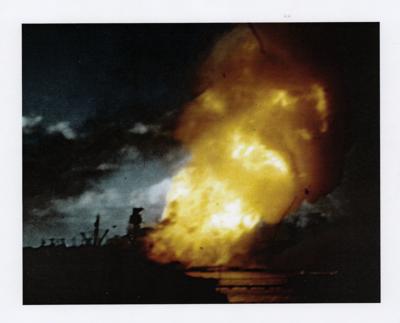 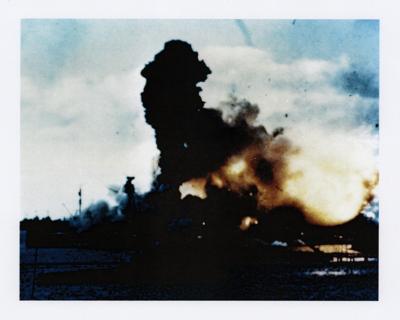 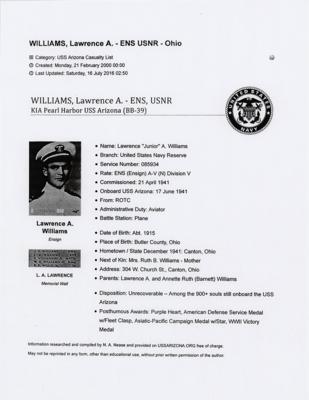 Spectacular lot of documents and recovered personal effects belonging to Ens. Lawrence A. Williams, who was killed aboard the USS Arizona during the attack on Pearl Harbor.

Williams was born in Ohio on June 3, 1914, to Lawrence W. and Ruth Williams of Oxford Township. Williams attended Miami University (Ohio) School of Architecture and graduated in June of 1936 with a B. Arch. He began his career as an apprentice soon afterward, while also working in a local hardware store as an electrician (his pre-military career is listed in a handwritten letter he wrote to accompany his application for naval flight training, and a copy is included with the lot). He initially enlisted as a Seaman, 2nd Class in the US Naval Reserves in May of 1940, and was subsequently discharged on October 3, 1940, in order to report for training as a Naval Aviation Cadet at NAS Pensacola, Florida. Williams successfully graduated 42nd in his class as a full-fledged Naval Aviator and was commissioned an Ensign on April 21, 1941. He was assigned to Observation Squadron 1 (VO-1) and billeted aboard the USS Arizona (BB-39), flying a Vought OS2U ‘Kingfisher’ floatplane (reg. no. 1-0-3). He was killed when Arizona’s forward magazine exploded during the surprise Japanese attack on December 7, and his remains were deemed ‘not recoverable.’

This is an extensive lot of items that spans Williams’ military career from his application to naval aviator school and his training at NAS Pensacola, to his billet aboard the ill-fated Battleship Arizona and the aftermath of his death during the Japanese attack on December 7, 1941. The first two items are one of Williams’ naval aviator wings, and his USN pilot certification cards, both of which were recovered from his stateroom by salvage teams working on the sunken battleship in the months after the attack. The wings were made by Hilborn-Hamburger, and have moderate surface damage on the front, and some deformation at the mounts for the pin back. The Aviator Certification cards, signed by Adm. Chester Nimitz, are still housed in their embossed, black leather wallet which exhibits extensive water damage, although both of the enclosed cards are still clear and legible.

Williams was awarded the Purple Heart posthumously, and both his inscribed medal and presentation certificate are included, as is a Presidential Memorial Certificate, still in its original cardboard shipping tube. Also included are Williams’ posthumous post-war awards and copies of their certificates: American Defense Service with clasp, Asia-Pacific Campaign Medal, and World War 2 Victory Medal.

Several photographs are included in the lot, including his hand-tinted commission portrait, a pre-military portrait in civilian attire, and eight snapshot photos with notations; mostly of his graduation at Pensacola, as well as with his family in Ohio, and one with his fiance. Several National Archives copies of his training and assessment forms while at Pensacola are also included.

Williams reported for duty aboard USS Arizona (BB-39) on June 17, 1941. According to a shipboard fitness report (a copy of which is included), he initially found life aboard ship to be a difficult adjustment, but had made significant improvement in his outlook over time. His last letter to his fiance, dated November 29, makes mention of having to look at his “stupid” shipmates around the clock, but that he hoped to rate a private room shortly (a typewritten transcript of this letter is included).

A photo record of Williams in his aircraft exists, and copies of two USNHC archival photographs of USS Arizona floatplane operations off of Hawaii, taken on September 6, 1941 (catalog numbers 80-G-66108 and 80-G-66109) are also included. The photos show Ens. Williams’ aircraft being recovered after landing, and his face is plainly visible in the second picture as he grips his radioman’s belt in an effort to steady him while he attaches the ship’s recovery crane hook.

The bulk of the lot consists of US Navy and VA documents pertaining to dependent pension requests, settling of Williams’ accounts (two of which make mention of the recovery of money and personal effects from the ship), bills of lading for the shipments to next of kin, and correspondence between Ruth Williams and the American Red Cross in an effort to determine how her son died.

Several post-war items are also included: a 1946 Miami University Bulletin detailing the school’s wartime activities and alumni who gave their lives during the fighting (Williams’ full-page portrait as the first to be killed is on page 2), a small sheet for the dedication of the Lawrence A. Williams building at the Miami University Airfield, and an American Legion Gold Star Certificate issued to Williams’ mother on March 30, 1943. Also included in the lot are several Ohio newspapers and clippings related to Williams’ posting to Arizona, as well as the Pearl Harbor attack, and his death. This is a comprehensive grouping that details the short military career of a life full of promise, cut down in one of the most historically significant events in U.S. and world history.