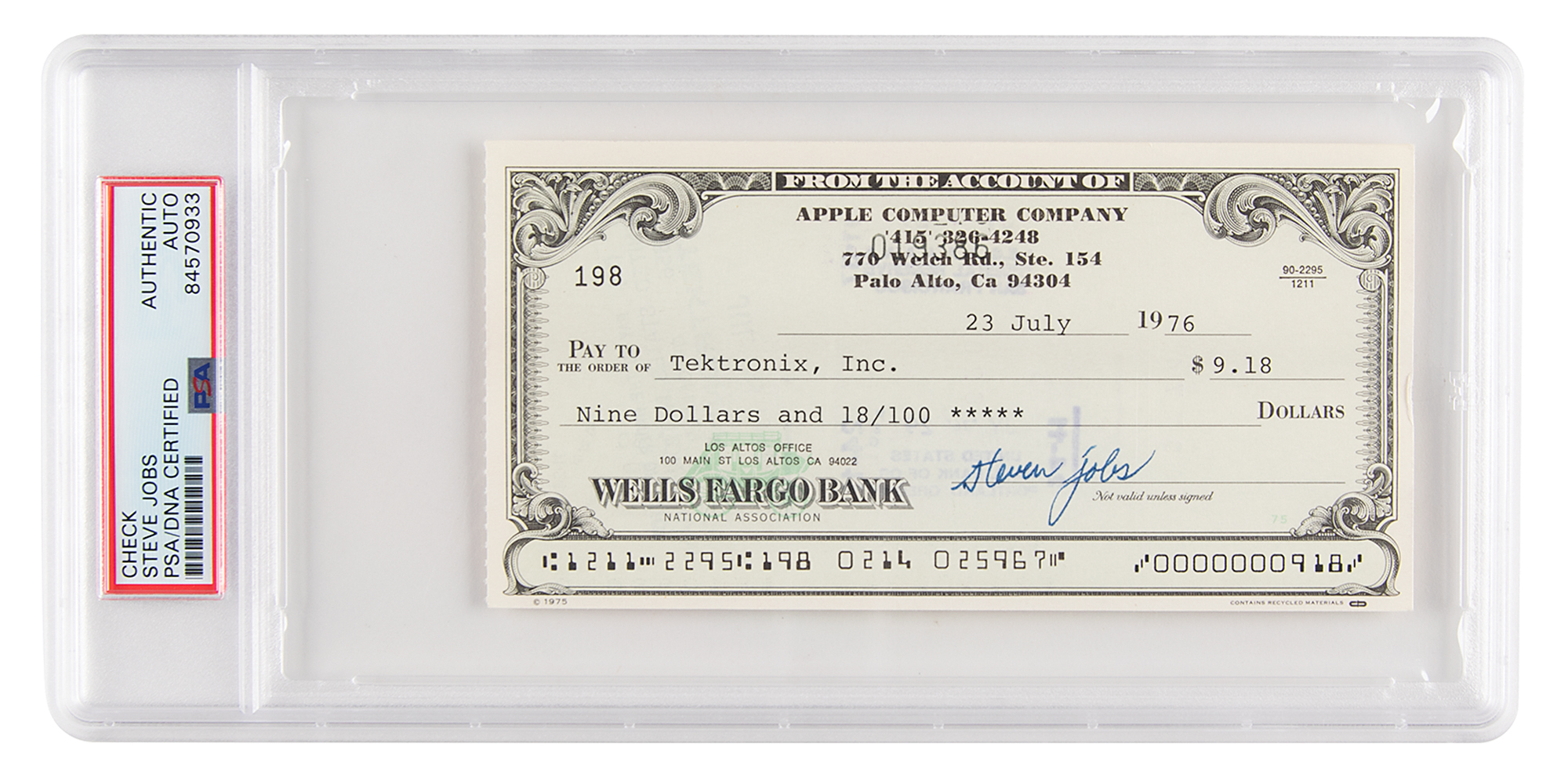 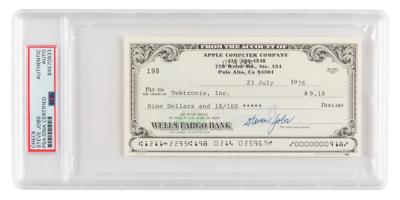 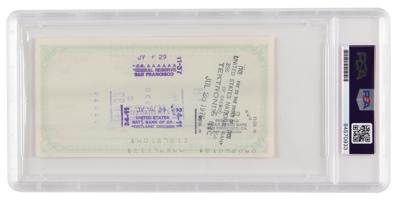 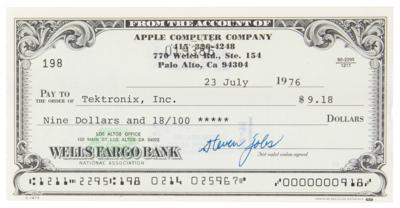 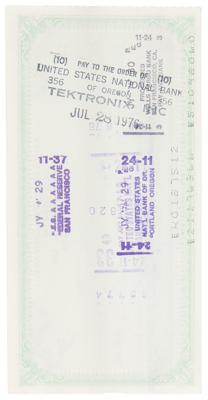 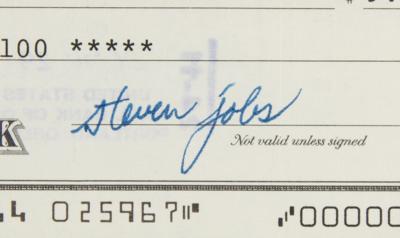 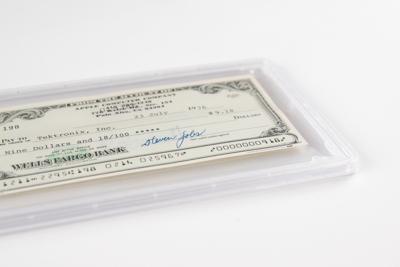 Tektronix is known for manufacturing test and measurement devices such as oscilloscopes and logic analyzers, instruments that Steve Jobs and Steve Wozniak might have used when building and testing the original Apple-1 computer. During this period in the summer of 1976, three months after founding the Apple Computer Company, they were hard at work building their first product.

Thus, the Apple-1 was one of the first completely assembled 'personal' computers that simply worked out of the box with a few accessories that could be purchased from a local electronics store (a power supply, case, keyboard, and monitor were not included). All together, over a span of ten months or so, Jobs and Wozniak produced about 200 Apple-1 computers and sold 175 of them. A superb check signed by the innovative personal computing pioneer.