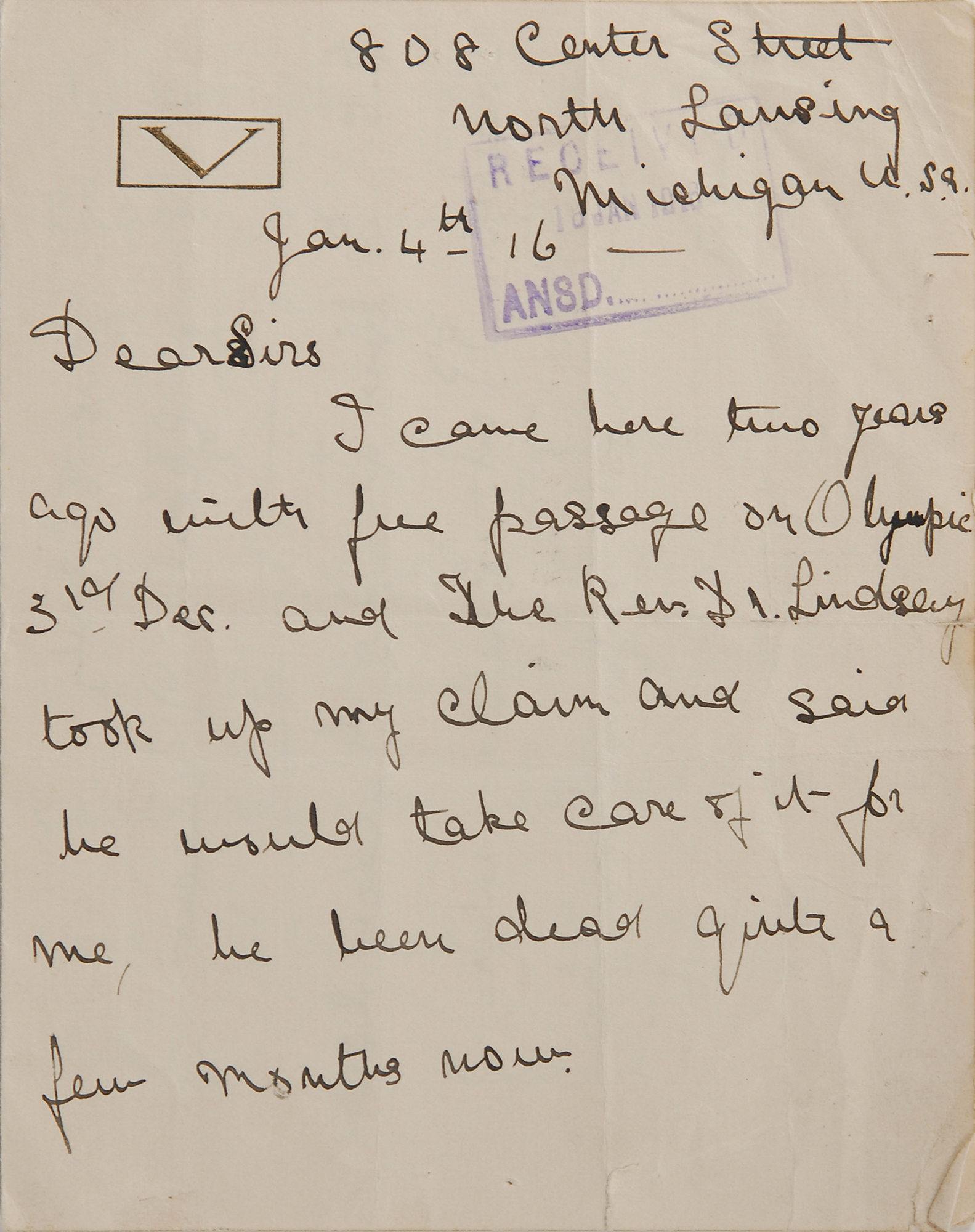 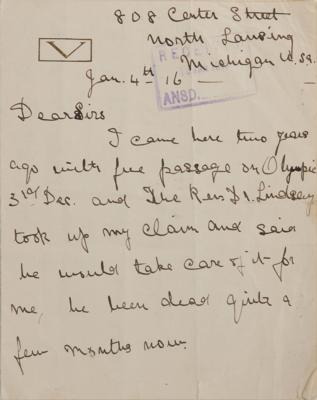 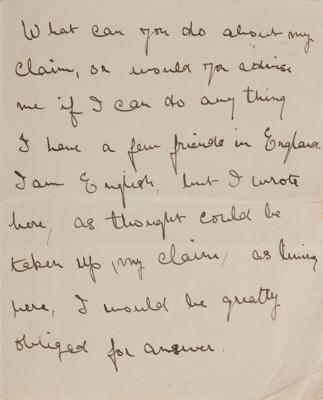 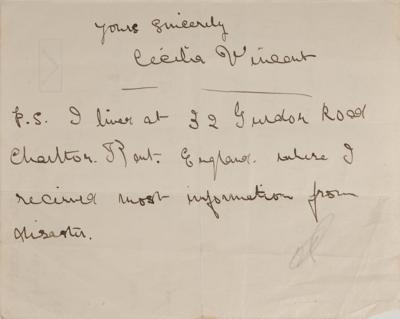 ALS signed by Frederick Ware's widow, “Cecilia Vincent,” three pages on two adjoining sheets, 5 x 6.5, personal letterhead, January 4, 1916. Handwritten letter to the White Star Line seeking restitution for the loss of her husband, Frederick Ware, in the Titanic disaster. In full: "I came here two years ago with free passage on Olympic 31st Dec. and The Rev. D. Lindsay took up my claim and said he would take care of it for me, he has been dead quite a few months now. What can you do about my claim, or would you advise me if I can do any thing I have a few friends in England. I am English, but I wrote here, as thought could be taken up my claim, as living here, I would be greatly advised for answer." She adds a postscript, "I lived at 32 Gurdon Road Charlton, Rent, England, where I received most information from disaster." In very good to fine condition, with scattered creasing and intersecting folds. Both born in England, the Wares emigrated to Lansing, Michigan, in 1909, where Frederick found work at an automobile factory. Presumably returning to Michigan from a trip abroad, Frederick Ware boarded the Titanic alone at Southampton as a third-class passenger; he perished in the disaster, and his body was never identified.