The CM hand controller that steered 'America' back to Earth, used by Gene Cernan during the Project Apollo finale 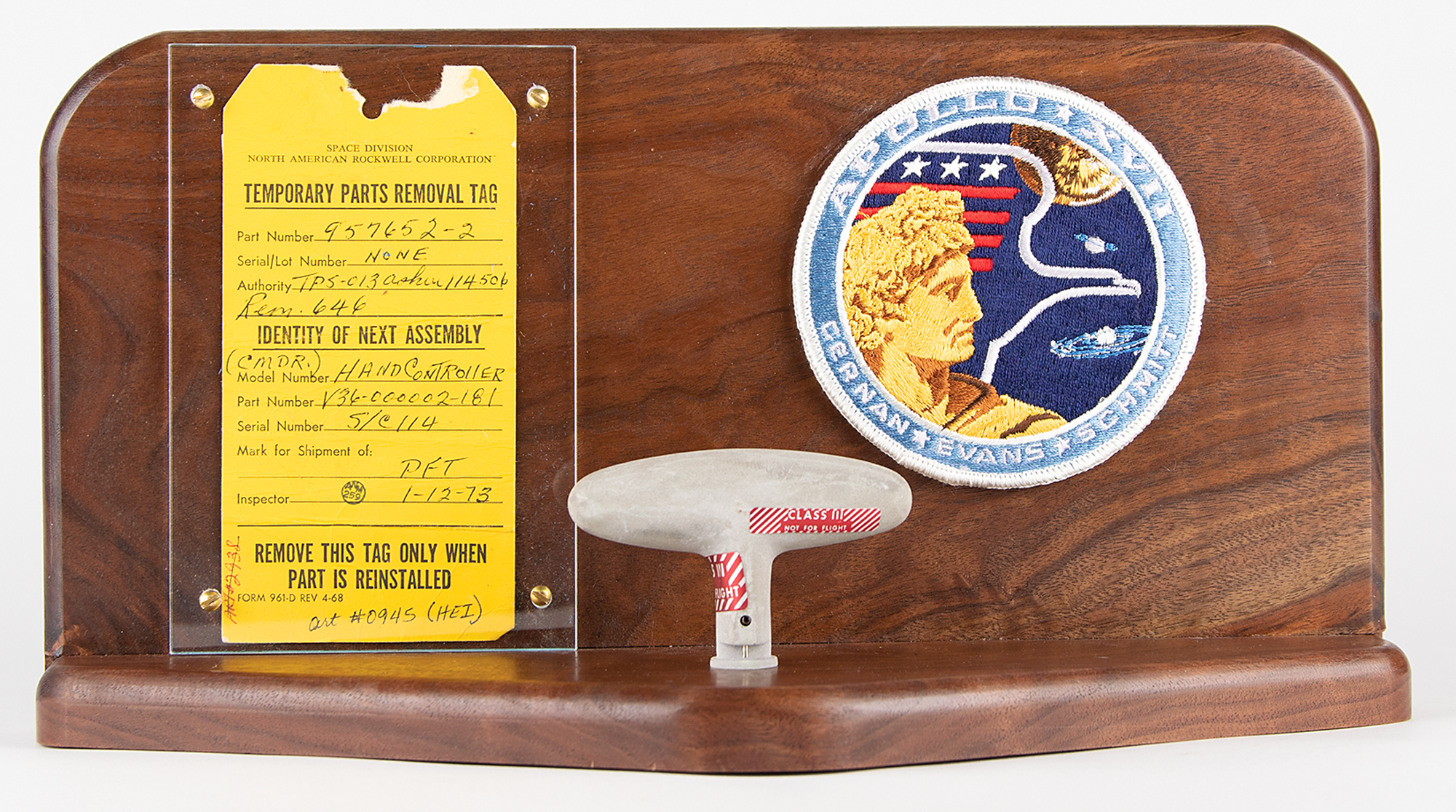 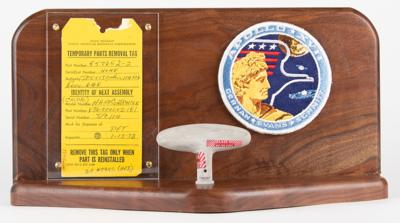 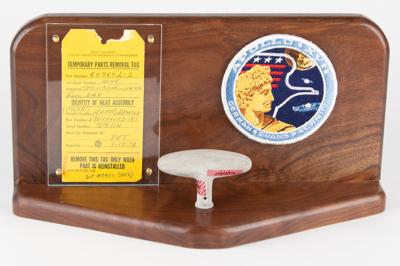 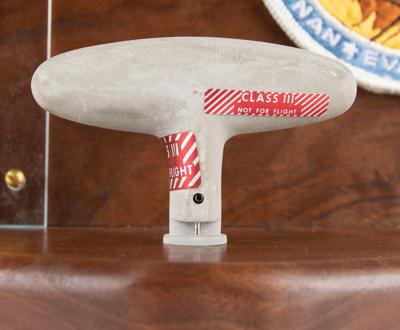 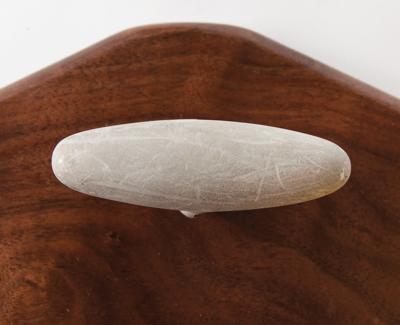 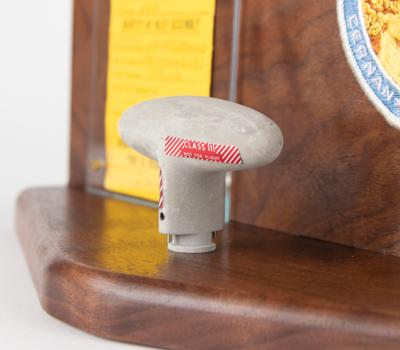 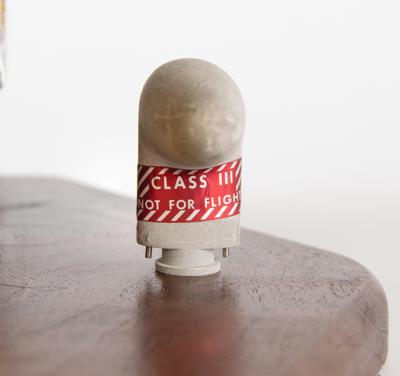 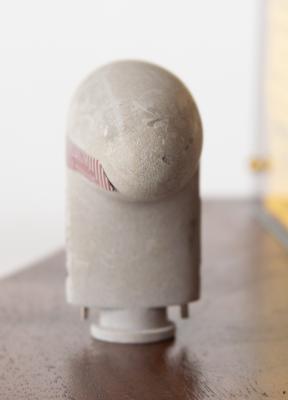 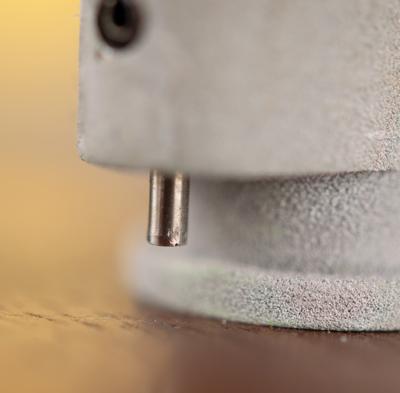 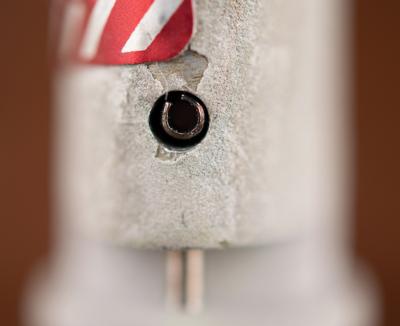 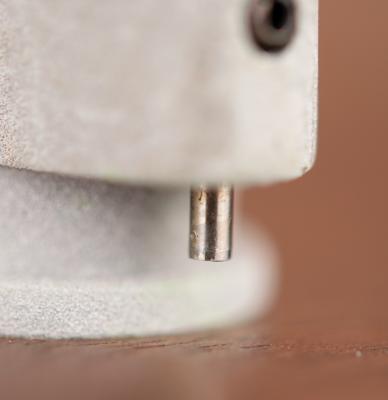 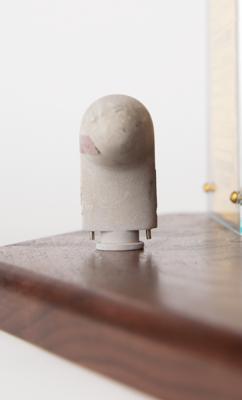 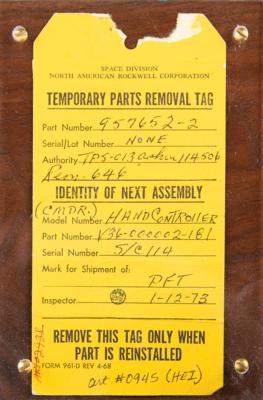 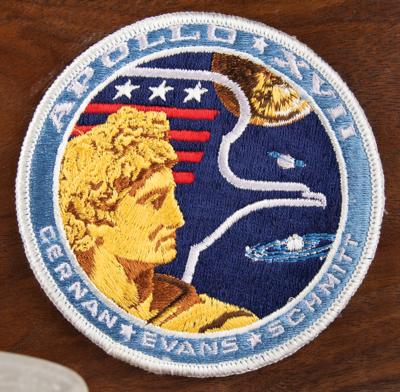 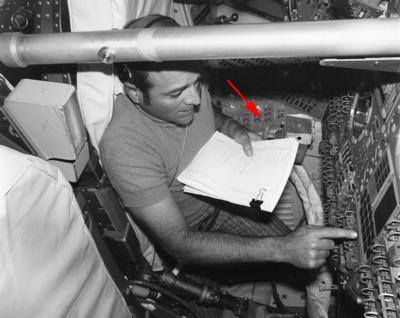 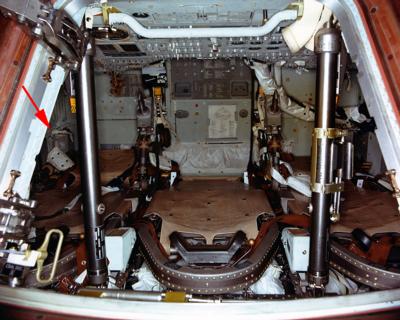 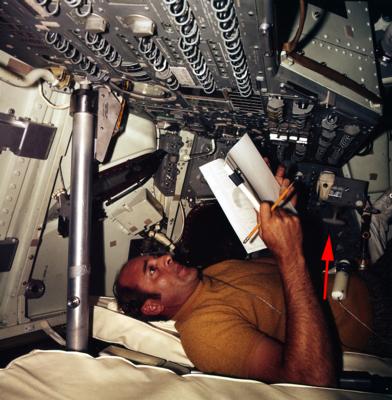 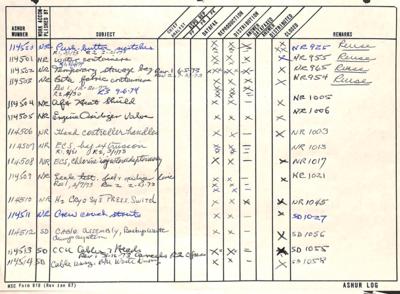 The CM hand controller that steered 'America' back to Earth, used by Gene Cernan during the Project Apollo finale

Flown translational hand controller T-grip used by Commander Gene Cernan to safely guide the Command Module America back into Earth’s atmosphere following the successful completion of the Apollo 17 mission, the last of NASA’s momentous moon-landing journeys. The gray-tone grip, 3.25″ x 2″ x 1″, features a pair of “Class III, Not for Flight” decommission decals, applied post flight by NASA as standard practice to ensure that the component was not reused. The grip is mounted upon a wooden display shelf with an embroidered Apollo 17 patch and the grip’s original yellow “Temporary Parts Removal Tag” as issued by the Space Division at the North American Rockwell (NAR) Corporation, which confirms the grip’s flown status, its spacecraft designation, and Cernan as its primary user.

The tag is identified as Part Number “957652-2” with its Authority line reading: “TPS-013, Ashur 114506, Rem. 646.” ASHUR (Apollo Spacecraft Hardware Utilization Request) and TPS (Test Preparation Sheet) are NASA-issued authorizations for the removal of parts from the Apollo Command Module. In this instance, the unique code ASHUR 114506 was used, with its first three numbers associated with the serial number of ‘America,’ the Apollo 17 Command Module. Included is a copy of the original six-page ‘ASHUR Log’ for “SC114,” which lists ASHUR number 114506 as “Hand controller handles,” with remarks field annotated as “NR 1003.”

The next section, “Identity of Next Assembly,” lists the Model Number as “Hand Controller,” the Part Number as “V36-000002-181,” the Serial Number as “S/C 114,” and a Mark for Shipment of “PFT.” The addition of “(CMDR.)” affiliates the grip with the mission commander, Gene Cernan, whose designated position within the command module was to the left crew couch; the translation controller was installed outboard to the left of the CMDR, nearest the bulkhead. The referenced Part Number of “V36-000002-181” relates to CSM-114’s master drawing number.

The bottom features the NAR inspector’s stamp “NAM 259” and a date of January 12, 1973, the month immediately following America’s return from the moon and during the period the capsule was delivered back to NAR Downey for post-flight disassembly and inspection. Further handwriting along the bottom: “Art #0945 (HEI).” In fine condition, with expected wear from use.