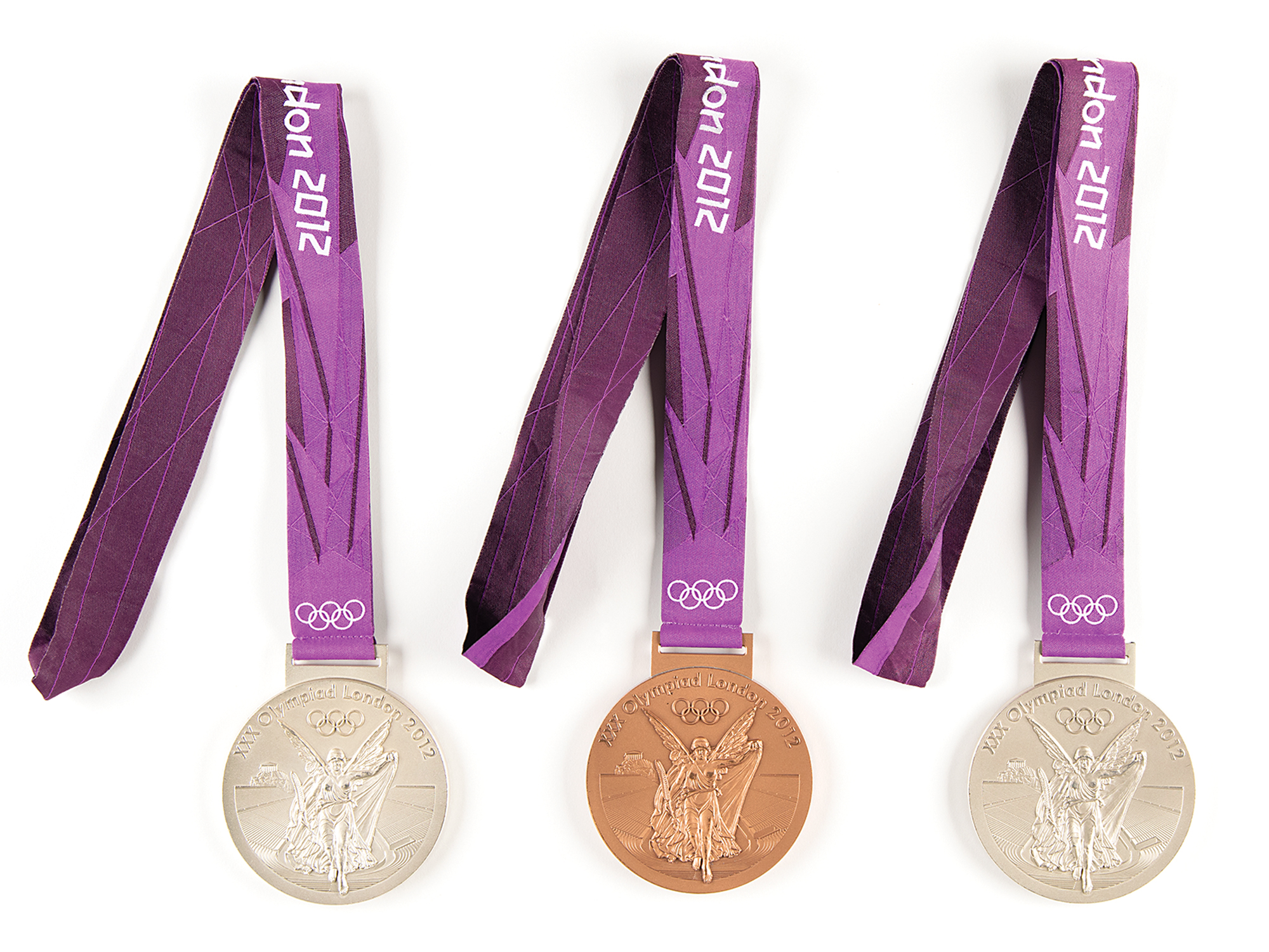 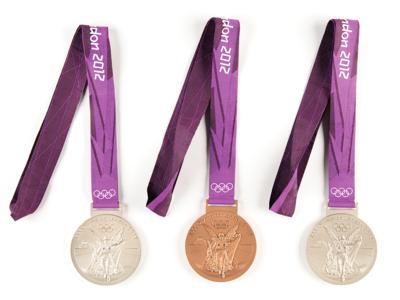 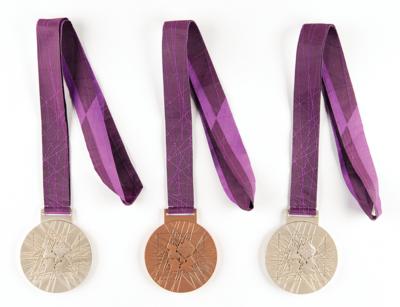 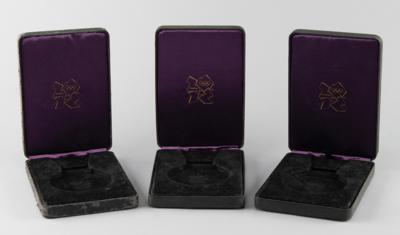 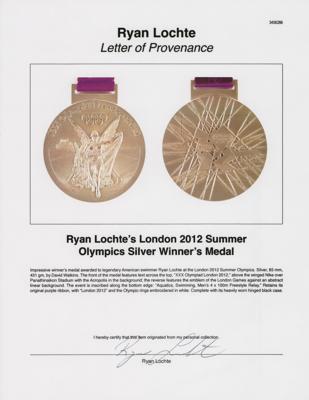 Tremendous assemblage of three winner’s medals that were awarded to legendary American swimmer Ryan Lochte at the London 2012 Summer Olympics, consisting of his silver medal in the 200-meter individual medley, his silver medal in the 4 x 100-meter freestyle relay, and his bronze medal in the 200-meter backstroke. The silver medals measure 85 mm and weigh 431 gm, and the bronze medal measures 85 mm and weighs 371 gm. The London 2012 winner’s medals were designed by David Watkins and share the same design to both sides: the front features text across the top, “XXX Olympiad London 2012,” above the winged Nike over Panathinaikon Stadium with the Acropolis in the background; and the reverse features the emblem of the London Games against an abstract linear background. The bottom edge of each medal is inscribed with the name of the event: “Aquatics, Swimming, Men’s 200m Individual Medley,” “Aquatics, Swimming, Men’s 4 x 100m Freestyle Relay,” and “Aquatics, Swimming, Men’s 22m Backstroke.” Each medal retains its original purple ribbon and its original hinged black case, with deterioration to the covering of one.

As this lot suggests, the London 2012 Summer Olympics were hugely successful for both Lochte and Team USA, which claimed a total of 31 medals (16 golds, 9 silver, and 6 bronze) on the leaderboard to maintain its supremacy as the most successful nation in swimming. While Michael Phelps stole the headlines with four golds and two silvers, Lochte was not far behind, winning a total of five medals with two golds (the 400-meter medley, in which he beat Phelps, and the 4 x 200-meter freestyle relay), and these offered silver and bronze medals. A stupendous assemblage of winner’s medals that relate to Lochte’s most triumphant Olympic Games.

The medals are accompanied by signed letters of provenance from Lochte.


From the Ryan Lochte Collection.