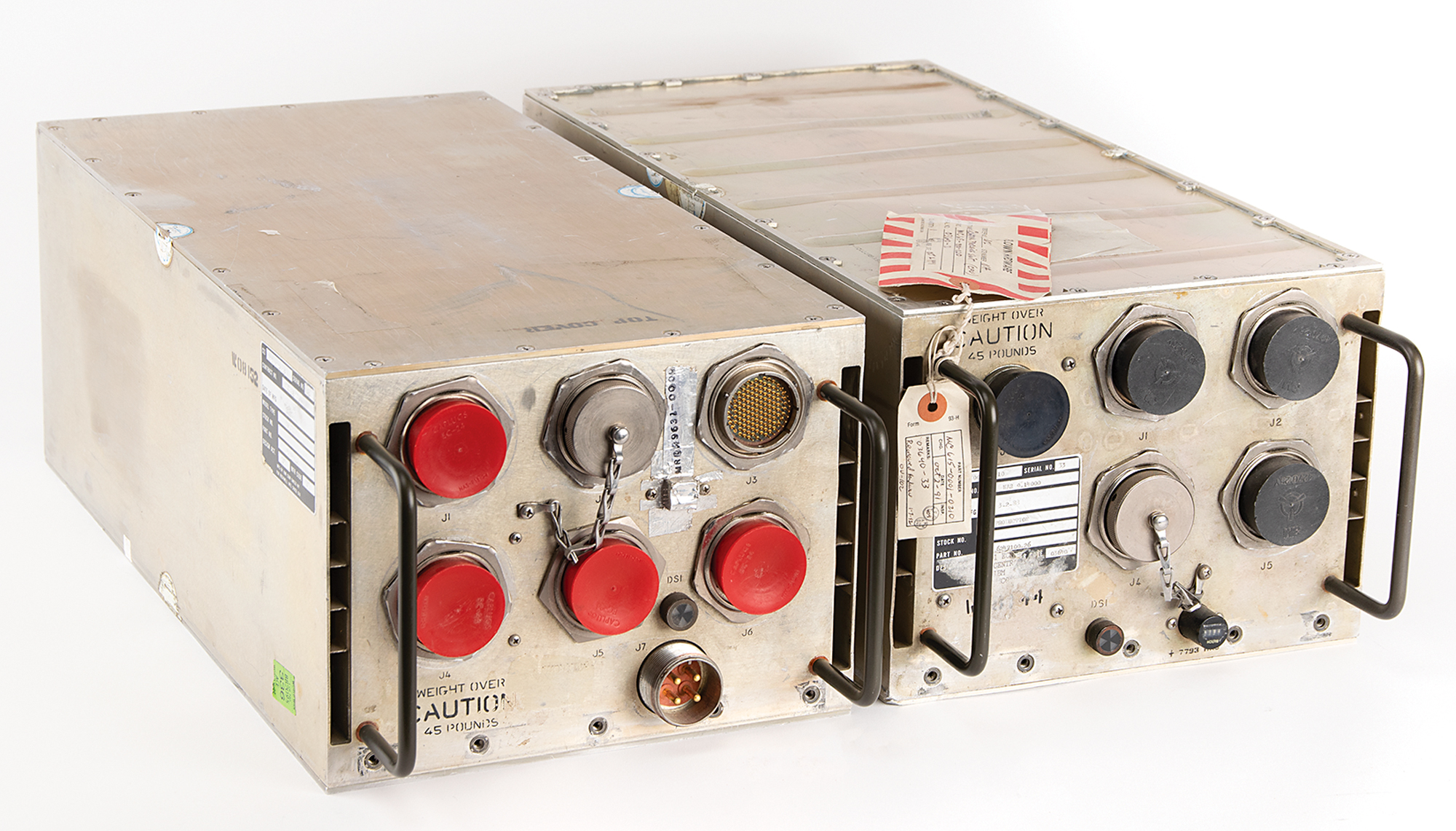 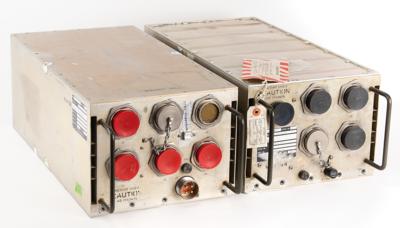 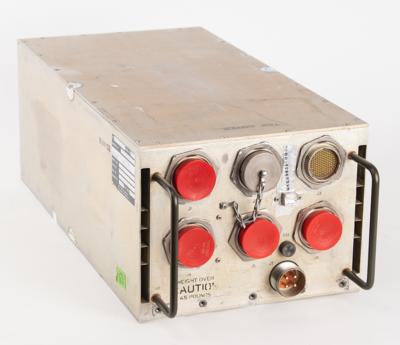 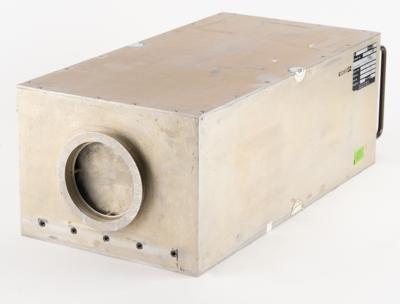 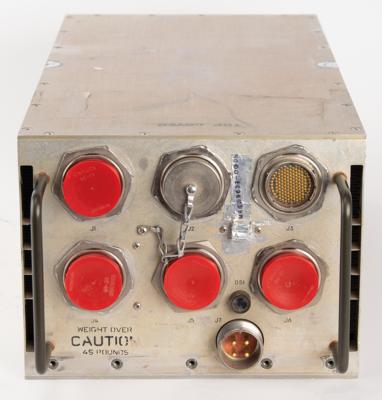 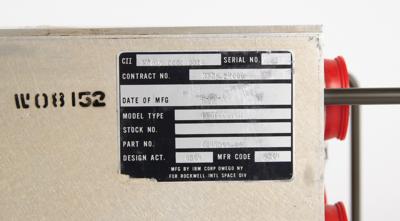 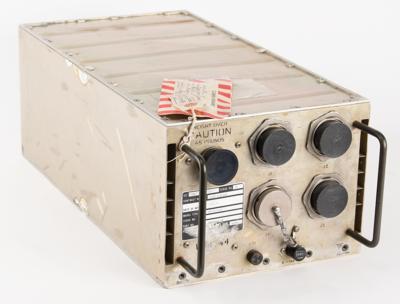 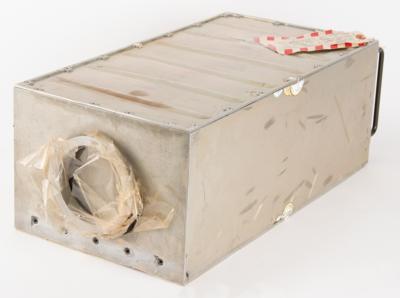 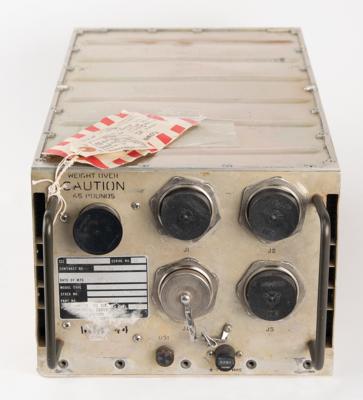 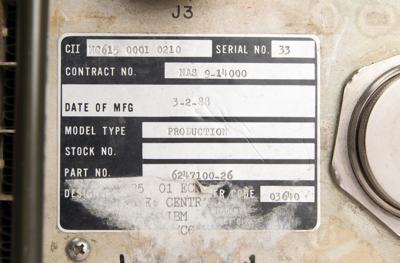 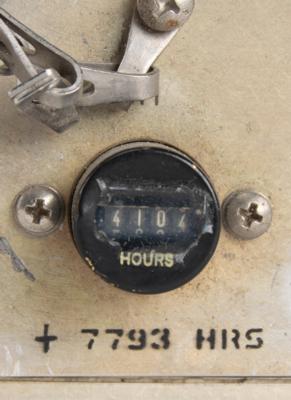 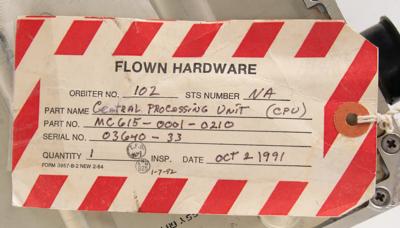 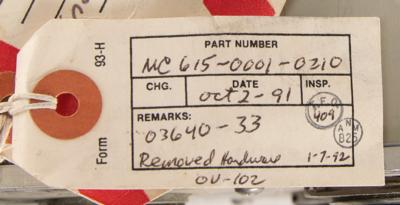 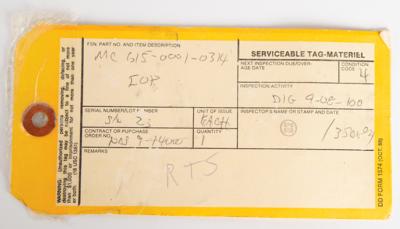 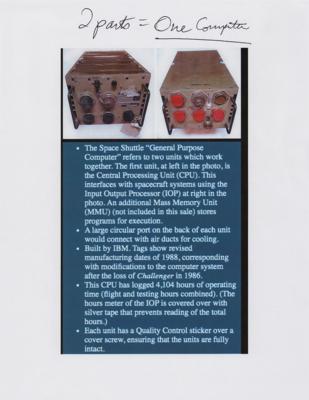 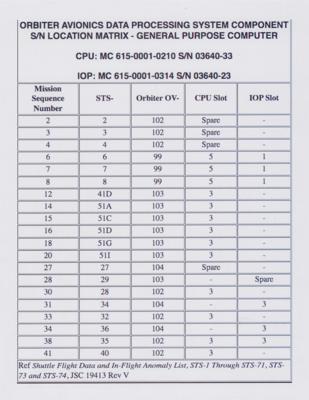 Flown Space Shuttle General Purpose Computer (GPC) built by IBM, comprised of two units: the Central Processing Unit (CPU) and the Input/Output Processor (IOP). Between 1981 and 1991, these units flew on a combined twenty Space Shuttle missions aboard the Columbia, Challenger, Discovery, and Atlantis, beginning with STS-2 and ending with STS-40. They also flew together on four missions: STS-6, STS-7, STS-8, and STS-35. The decade-long use of these units, from the second Shuttle mission to the forty-first, effectively spans the entire time that this GPC configuration was standard. A major computer upgrade in 1991 consolidated the two boxes into a single unit, and the two-piece GPC was rendered obsolete.

The tags on both of these units offer revised manufacturing dates of 1988, corresponding with modifications to the computer system made after the loss of Challenger in 1986. The flight data is derived from the official document, "Shuttle Flight Data and In-Flight Anomaly List, STS-1 Through STS-71, STS-73 and STS-74, JSC 19413 Rev V."

Each Space Shuttle Orbiter flew with five General Purpose Computers: for each one, an IBM AP-101 CPU was paired with a custom-built input/output processor. Four operated in sync for redundancy, and a fifth independently ran backup software. The GPC was the primary data processing computer on the Shuttle, responsible for controlling and monitoring spacecraft functions. These GPC units, which flew in space on a combined twenty missions aboard four different Orbiters, represent the 'brain' of the Space Shuttle—at the time, the most technologically advanced spacecraft to ever take flight.