A 'mix-tape' of Bob Dylan phone calls from 1963, with snippets of six classic songs 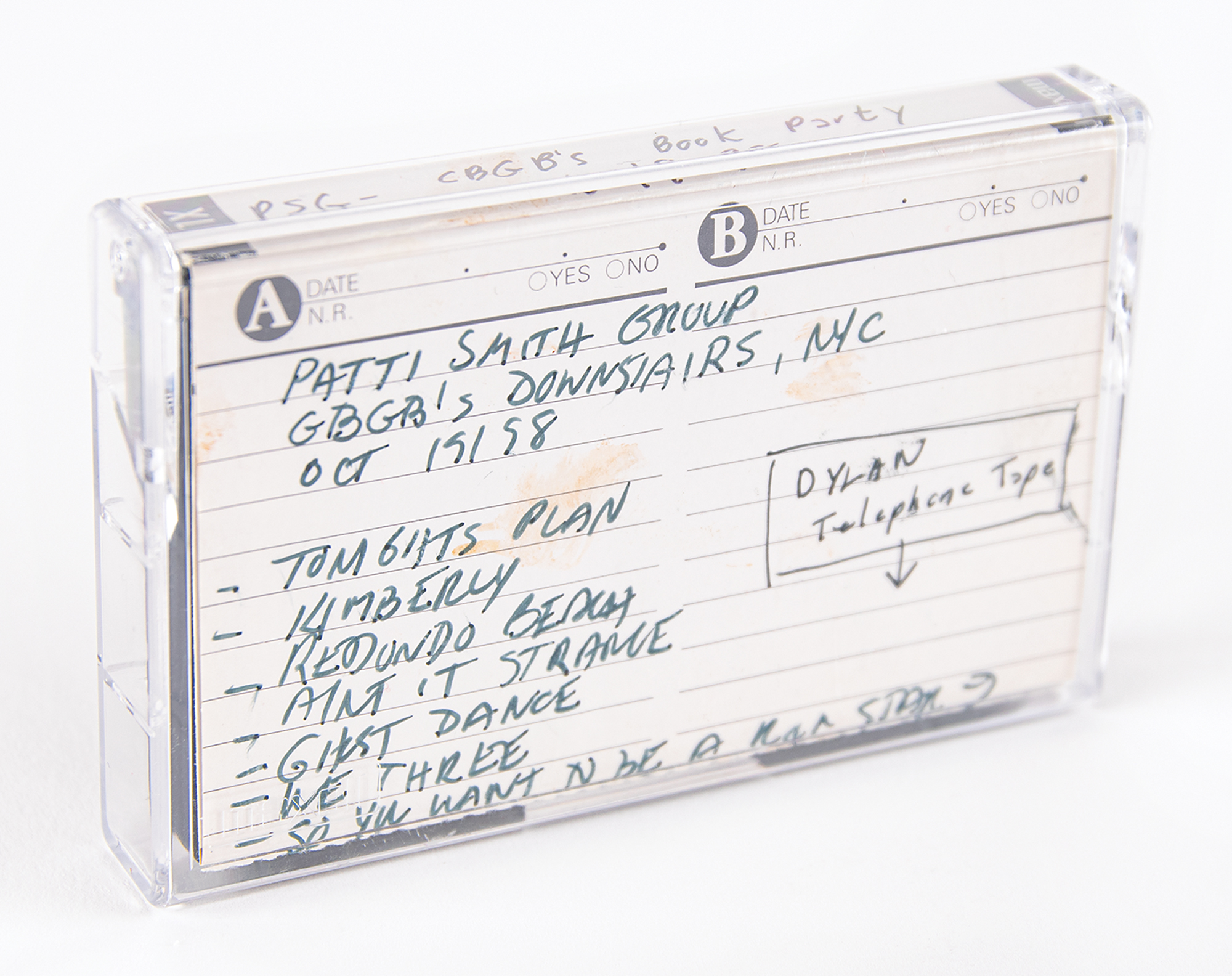 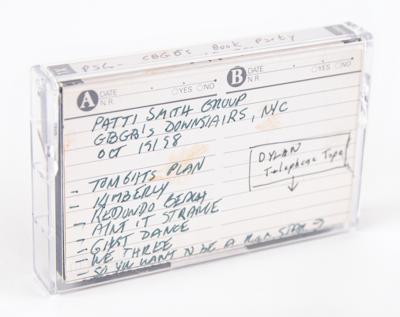 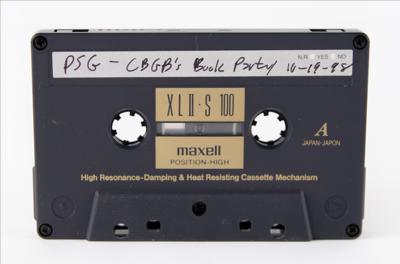 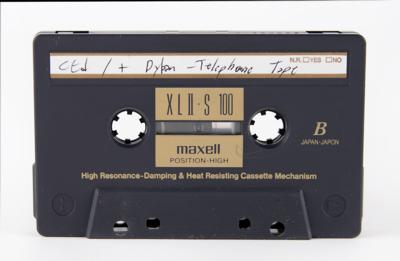 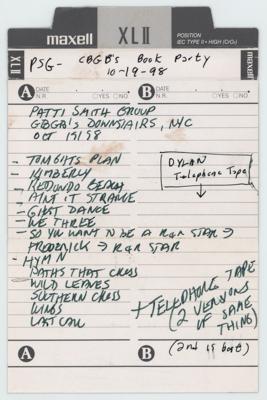 Previous Lot
Next Lot
This lot has closed
Estimate: $2500+

A 'mix-tape' of Bob Dylan phone calls from 1963, with snippets of six classic songs

A Maxell XLII cassette tape containing nearly nine minutes (8:49) of a recorded phone call of Bob Dylan from circa May-June 1963. The recording was originally made by his friend, Minneapolis musician and journalist Tony ‘Little Sun’ Glover, who held a microphone to the receiver of a telephone and captured snippets of six songs played and sung by Dylan—‘Ballad of Hollis Brown,’ ‘Girl from the North Country,’ ‘Boots of Spanish Leather,’ ‘Eternal Circle,’ ‘Hero Blues,’ and early working stanzas for ‘Tomorrow Is a Long Time.’ The recording, which is found on the tape’s B-side, essentially works as a ‘mix tape,’ given that it’s composed of different phone calls from Dylan, who mentions, at the start of the recording, that he might make a few calls that day to Glover. In addition to the five tunes, which hears Dylan singing and playing the guitar and harmonica, the recording also features the famed troubadour laughing, offering light banter, and talking about his girlfriend, all of which is done in a relaxed and creative manner.

The roughly nine-minute recording is actually found twice on the B-side of the cassette tape, with the A-side and the start of the B-side containing a bootlegged recording of the Patti Smith Group live at CBGB in New York City on October 19, 1998. The Dylan recordings can be heard back-to-back, with the second version of slightly better quality. Includes the original tape holder with J-card annotated in black ink by Glover, who writes: “+Telephone Tape, (2 version of the same thing) (2nd is best).” This recording is credited as item No. 490 on the 1963 web page run by Bob Dylan historian Olof Björner. In fine condition.