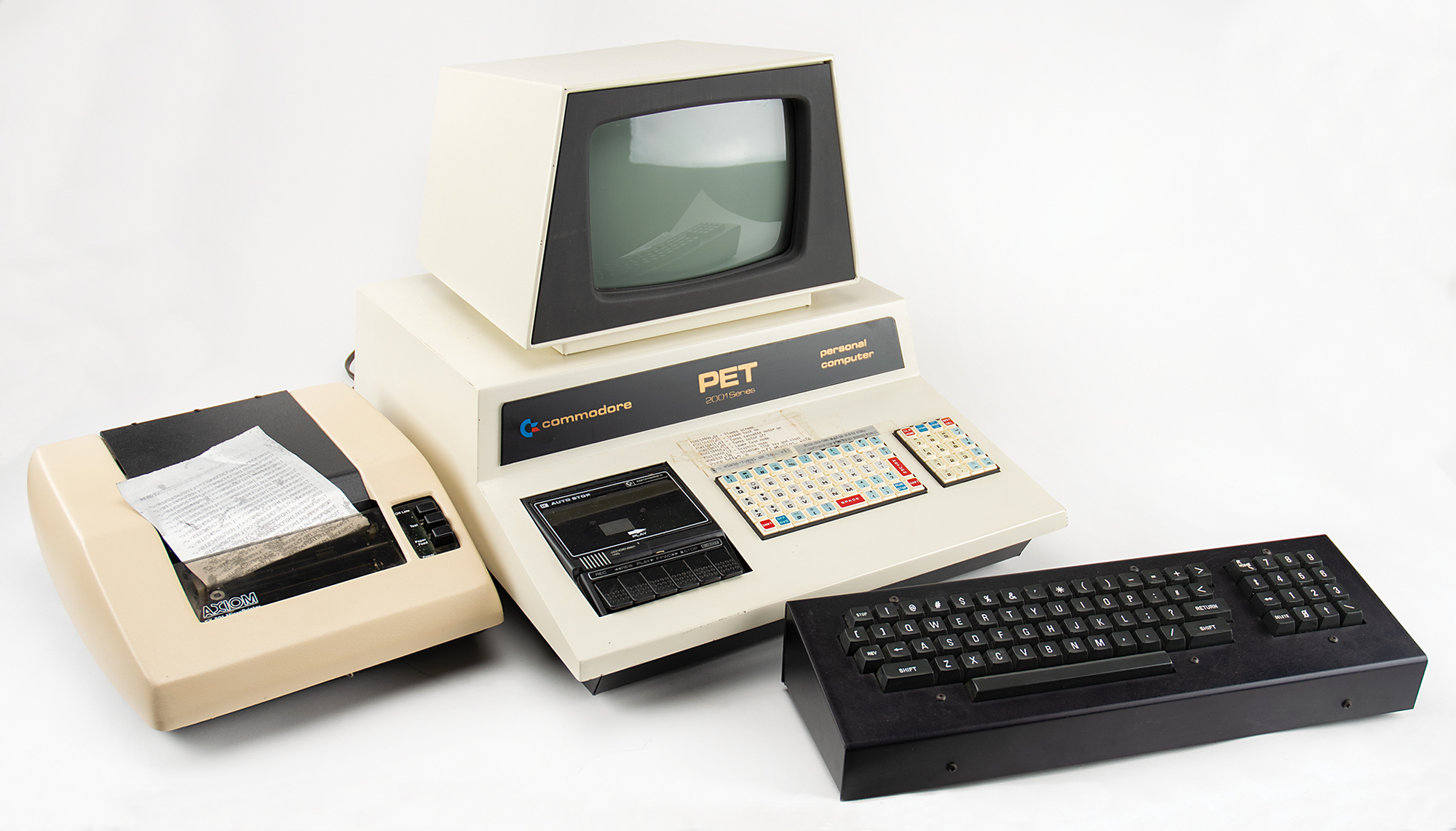 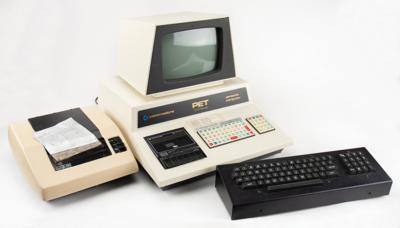 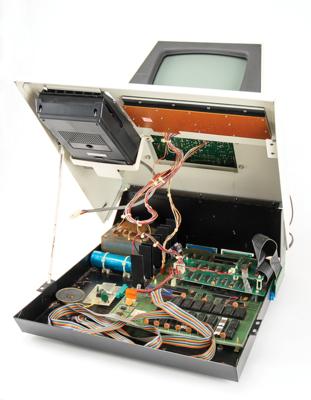 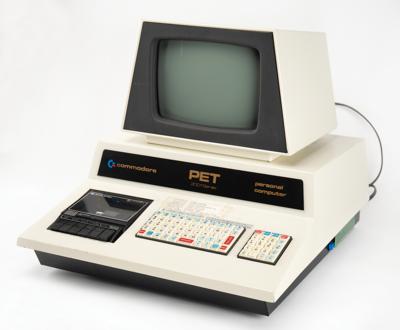 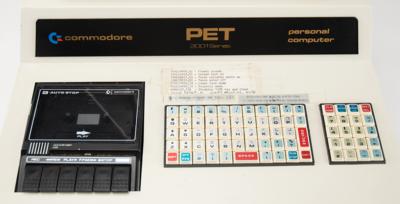 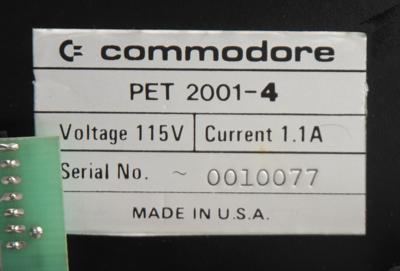 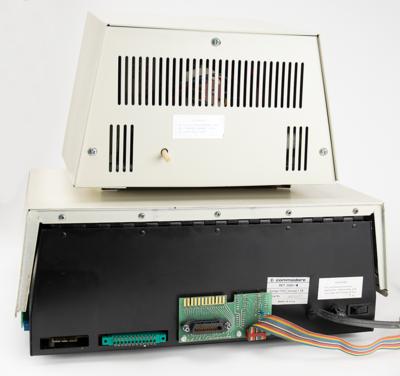 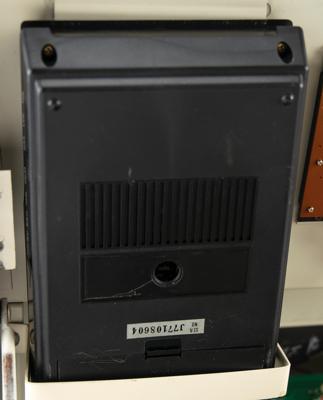 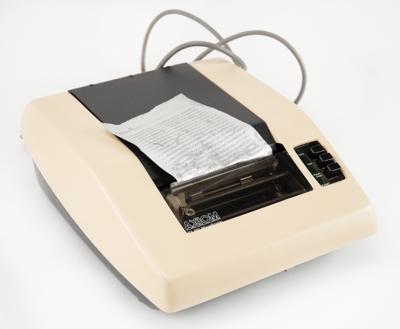 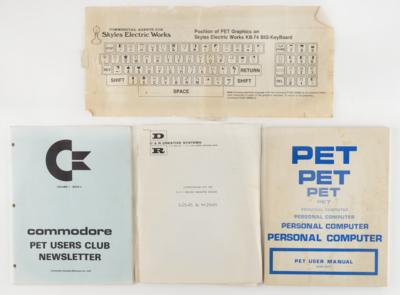 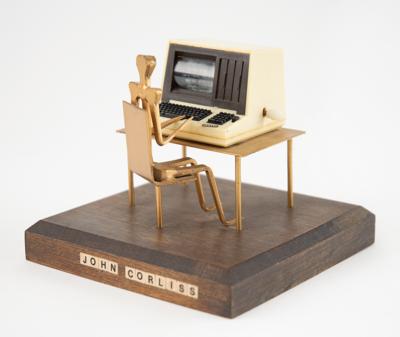 Scarce early Commodore Pet 2001 Series personal computer produced by Commodore International in 1977, Model No. PET 2001-4, with the manufacturer's plate listing the serial number as "0010077," which identifies this console as No. 77 of the computer's initial run of 100 units. The PET measures 17.5" x 16" x 19", weighs approximately 25 pounds, and features a MOS Technology 6502 microprocessor (which also powered the Apple II), Commodore BASIC in read-only memory, a 53-button keyboard, a 20-button numeric keypad, a 9-inch monochrome CRT monitor (manufactured by Sony), default RAM of 4 KB, and a cassette deck recorder as a mass memory device. A hallmark of the computer is its single all-in-one housing and peculiar trapezoid-shaped monitor designed by Chuck Peddle with industrial designer Larry Hittle. The case is composed of two parts: a sturdy black base and upper white metal housing hinged to one another and designed so that it could be quickly and intuitively opened and propped like a car hood. The internal motherboard bears a 1977 Commodore International copyright and is marked "PET Main Logic, ASSY320081," with an inspection label dated to November 8, 1977. Casing features affixed code and direction labels above keyboard. In fine, untested condition, with some light scuffs and marks.

Partly inspired by the sentient supercomputer HAL in Stanley Kubrick's 1968 sci-fi classic 2001: A Space Odyssey-a three-letter name with Microgramma typeface logo (the same used by Kubrick for HAL's graphic interface), and even the inexplicable presence of "2001"-the PET 2001 can be considered the first all-in-one home computer and, in many aspects, the first commercially successful personal computer ever. Thanks to its competitive price of less than $600, the Commodore PET (Personal Electronic Transactor) was a huge success that, in 1980, made Commodore the third-largest personal computer manufacturer in the world. Unfortunately, both for the PET and Commodore, the golden age didn't last long; within a few years, two of the industry's giants were waiting around the corner-the IBM PC and the Apple Macintosh.