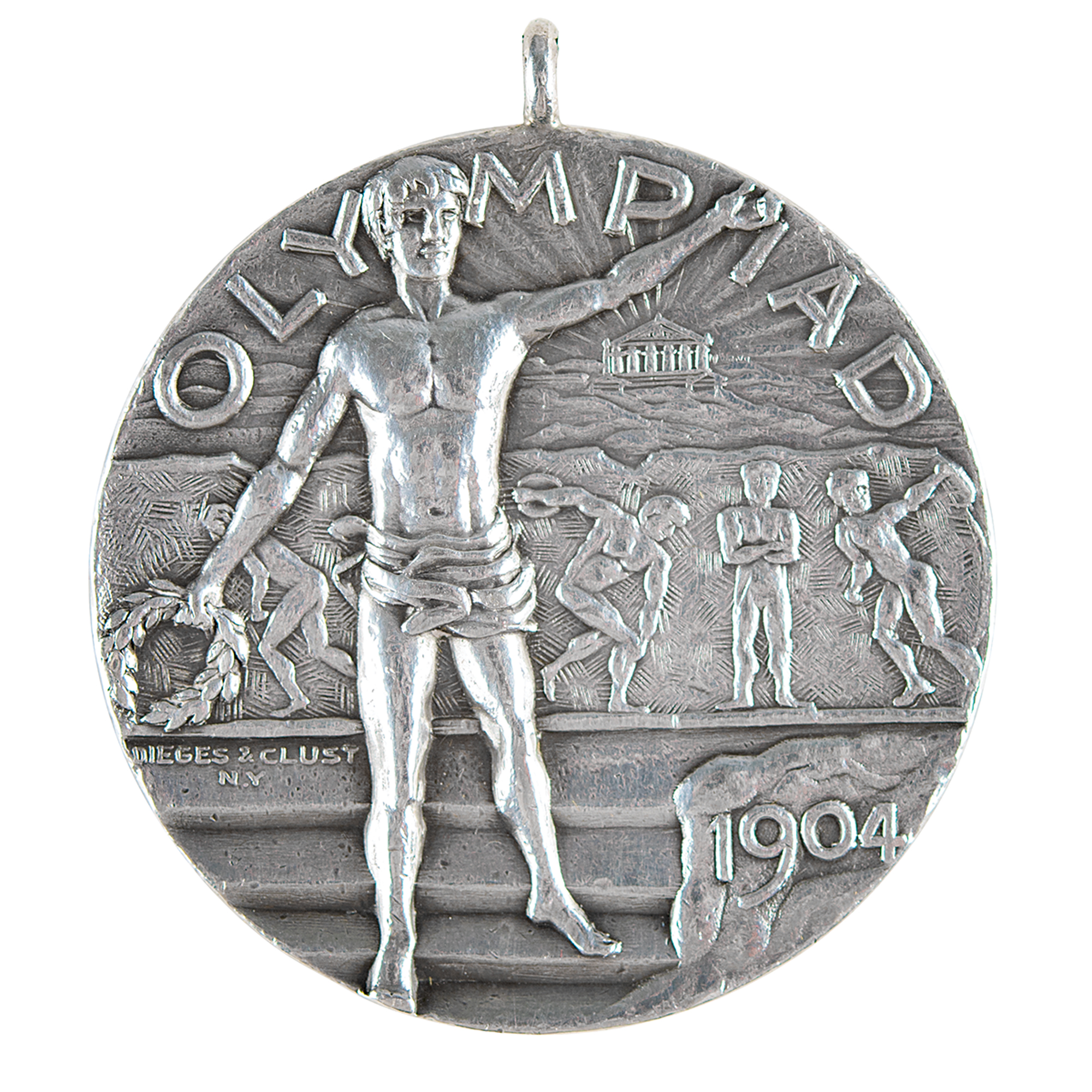 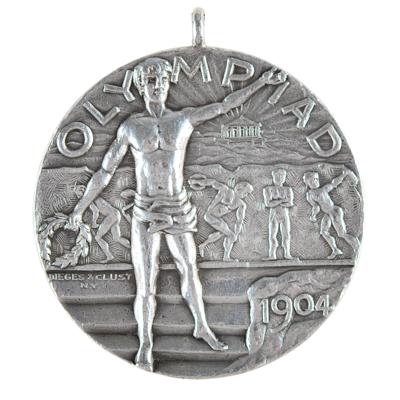 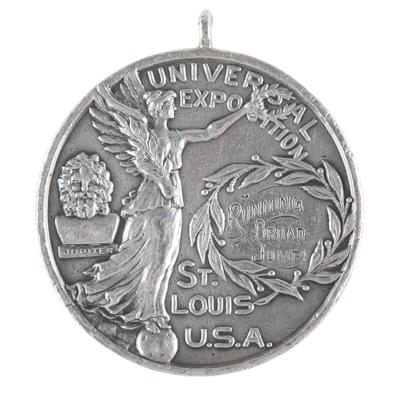 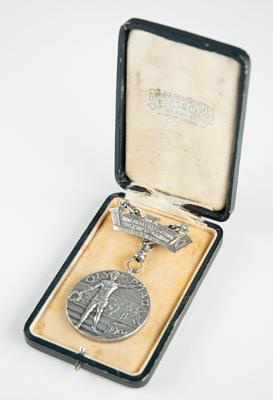 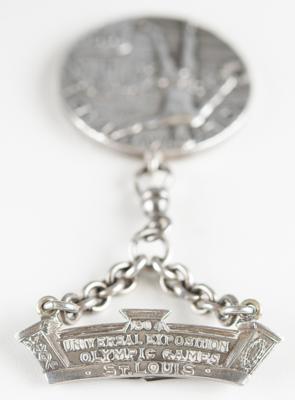 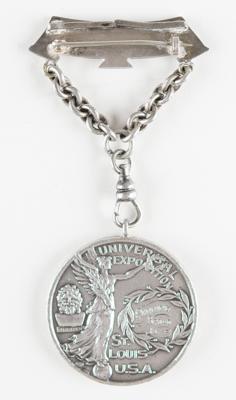 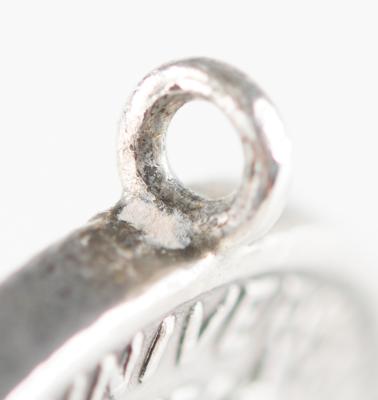 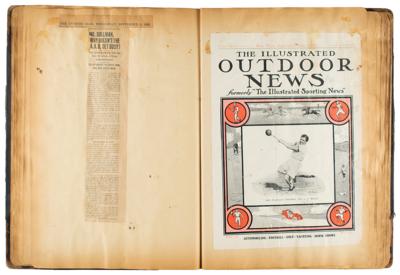 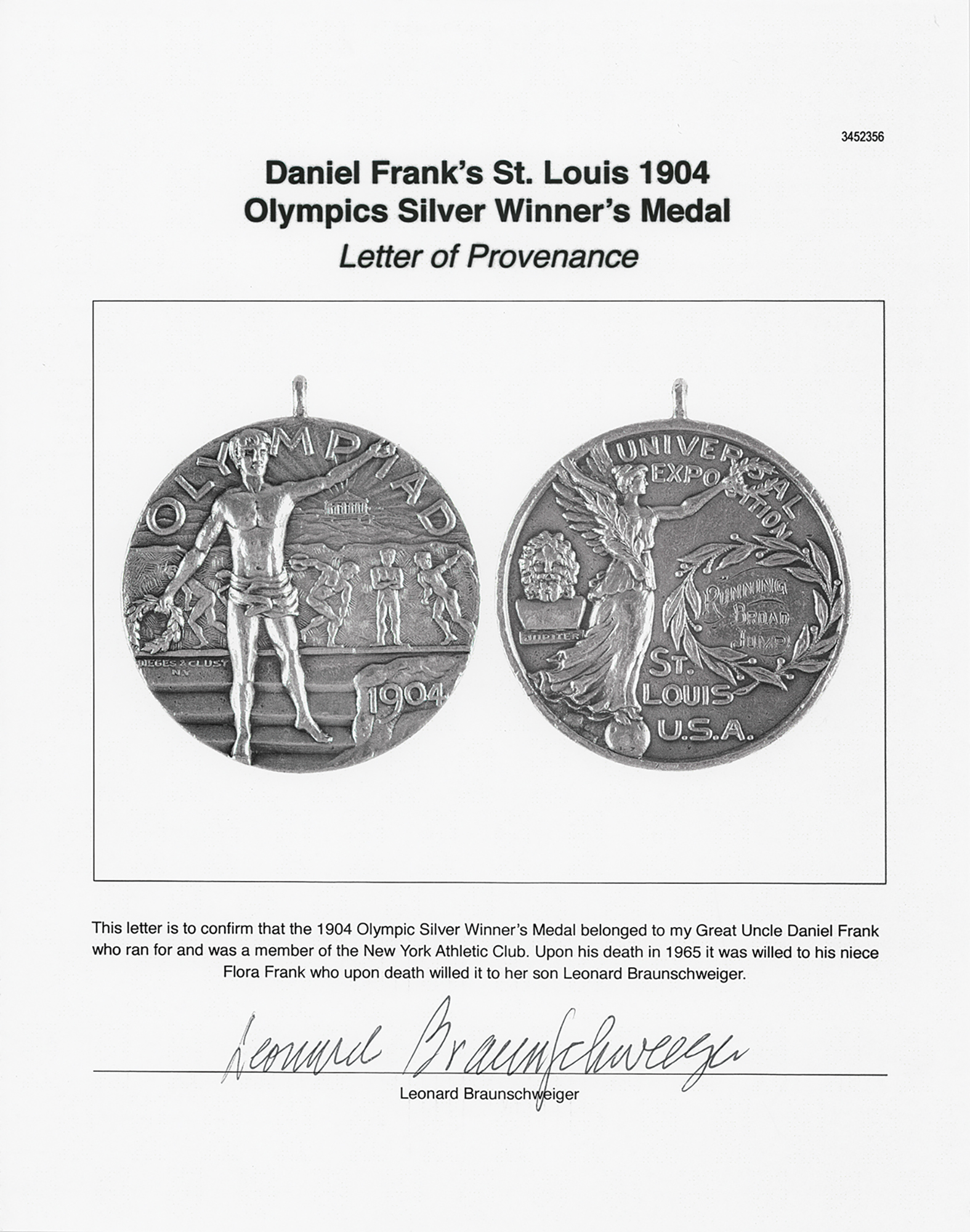 Rare winner's medal issued to American athlete Daniel Frank for his second-place finish in the running broad jump (long jump) at the St. Louis 1904 Olympics. Silver, 39 mm, 39 gm (51 gm with bar and chain), designed and minted by Dieges & Clust, New York. The front, inscribed "Olympiad, 1904," depicts a victorious athlete holding a wreath in front of an ancient Greek athlete frieze and the Acropolis. The reverse pictures a Standing Nike and bust of Zeus, engraved with the event's name within a wreath, "Running Broad Jump." The medal, the top of which has been soldered a small metal loop, is suspended from its original silver bar, featuring raised text, "1904, Universal Exposition, Olympic Games, St. Louis." Likewise, the silver bar features two small metal loops soldered to its upper corners, from which a short chain with clasp has been applied. Includes a period leather case for the medal, and an impressive period leather scrapbook, 12.75? x 18?, roughly 80 leaves, dating between December 1900 and September 1912, containing well over one hundred fragile newspaper clippings related to Frank’s athletic exploits.

A Jewish member of the New West Side Athletic Club in New York City, Dan Frank (1882-1965) made the United States' track and field team at the 1904 St. Louis Olympics and competed in the long jump (then called the broad jump). During the competition, Frank won the silver medal with a leap of 22´ 7 3/4? (6.89 m), finishing second to fellow American Myer Prinstein, who set the Olympic record with a jump of 24´ 1? (7.34 m) and exacted revenge on Frank who had recently bested him at the 1904 Metropolitan AAU Championships. Modified by its recipient to be worn and displayed with pride, this marvelous early Olympic winner’s medal is only the second we have offered from the historic III Olympiad.