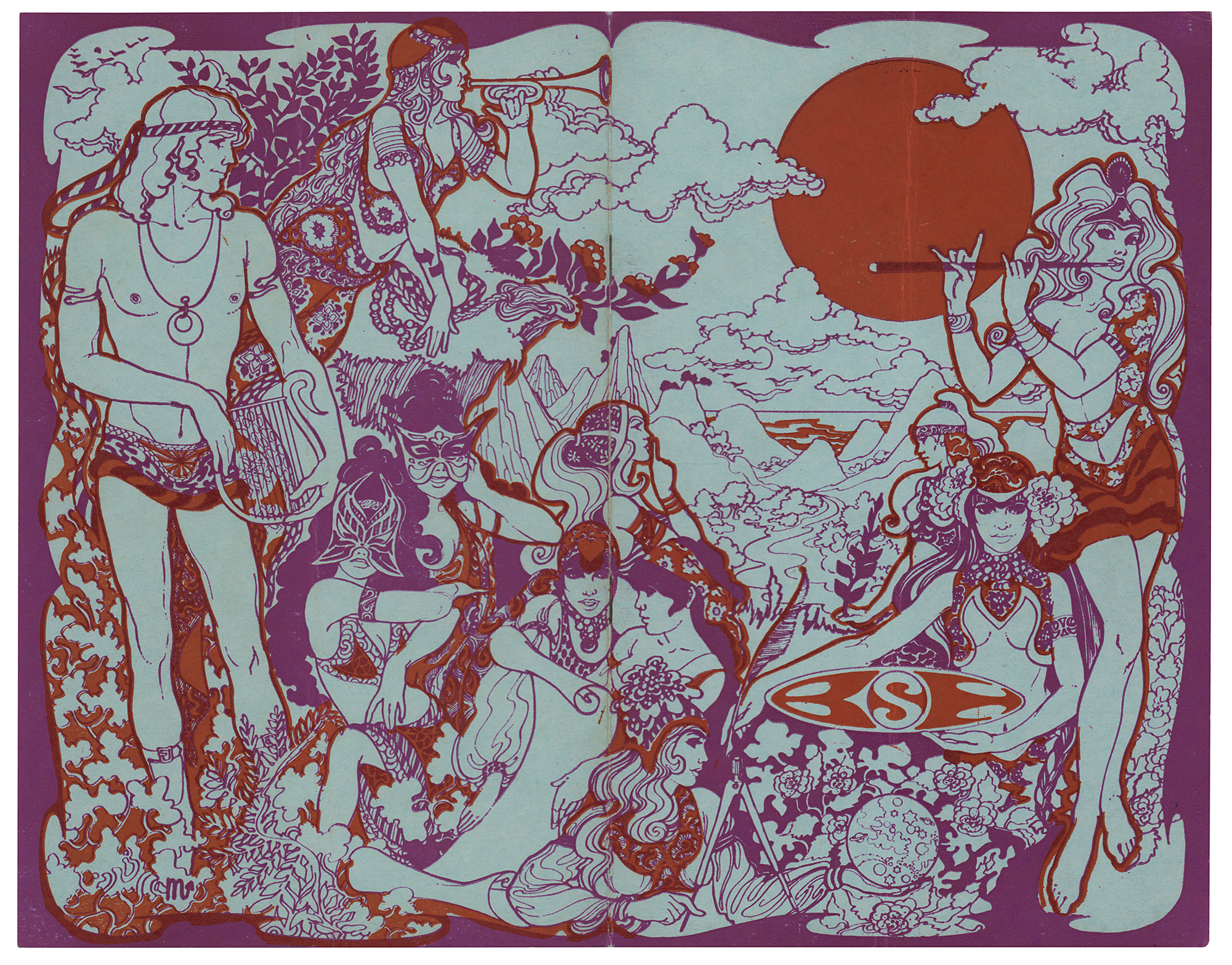 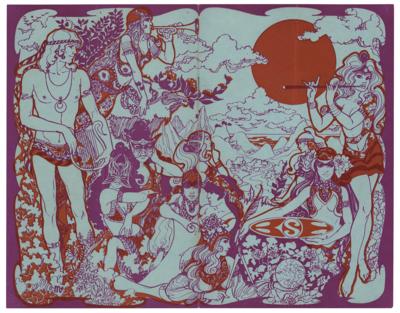 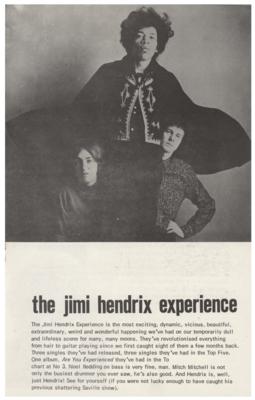 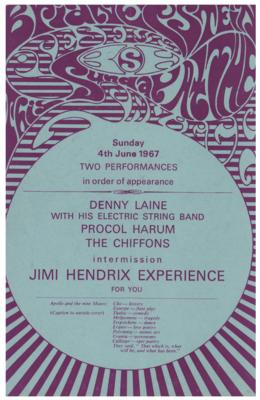 Less than a month after releasing their full-length debut, Are You Experienced, Hendrix and company headlined a show at the Brian Epstein-owned Saville Theatre, with both George Harrison and Paul McCartney attending the performance. When the curtains opened the band took the stage playing a rendition of the title track from the Beatles eighth album, Sgt. Pepper's Lonely Hearts Club Band, which had been released only days prior. McCartney, who wrote the song, was floored by the performance: 'To think that that album had meant so much to him as to actually do it by the Sunday night, three days after the release. He must have been so into it, because normally it might take a day for rehearsal and then you might wonder whether you'd put it in, but he just opened with it. It's a pretty major compliment in anyone's book. I put that down as one of the great honours of my career.' Exactly two weeks later, the Jimi Hendrix Experience made their American debut at the Monterey Pop Festival, where they were booked at the recommendation of McCartney.