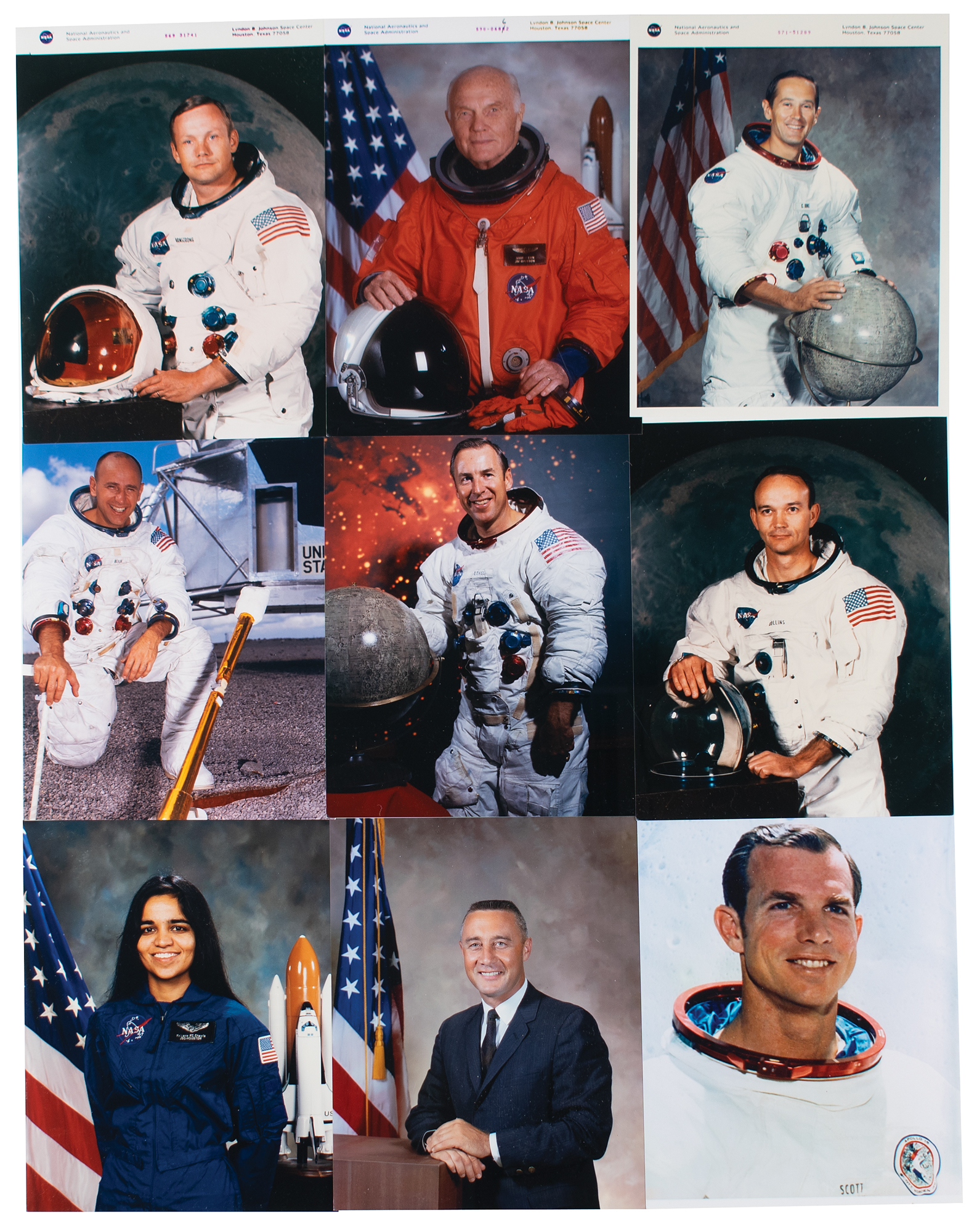 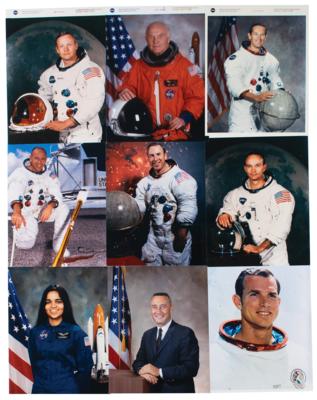 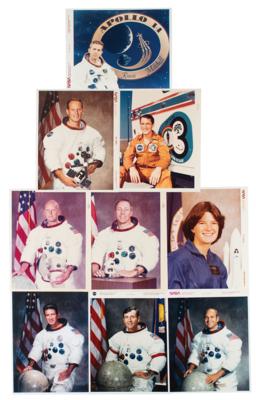 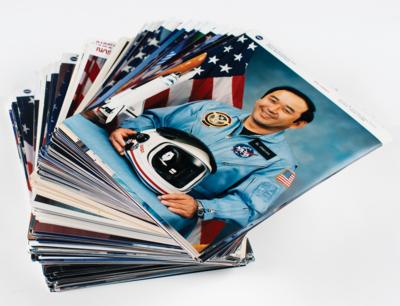 Large collection of over 400 official glossy red-numbered NASA photos, 8 x 10 to 8 x 11.25, mostly comprised of modern circa 1990s examples. On the reverse, most have NASA caption text, and "This Paper Manufactured by Kodak" or more recent Kodak or Fujifilm watermarks. Almost all are astronaut portraits, and there is generally little duplication within the group; the lot predominately features Space Shuttle astronauts but includes several prints of earlier astronauts as well.

In overall very good to fine condition, with some corner tip dings and a few minor creases throughout. A comprehensive photography archive capturing NASA's many astronauts across the ages.