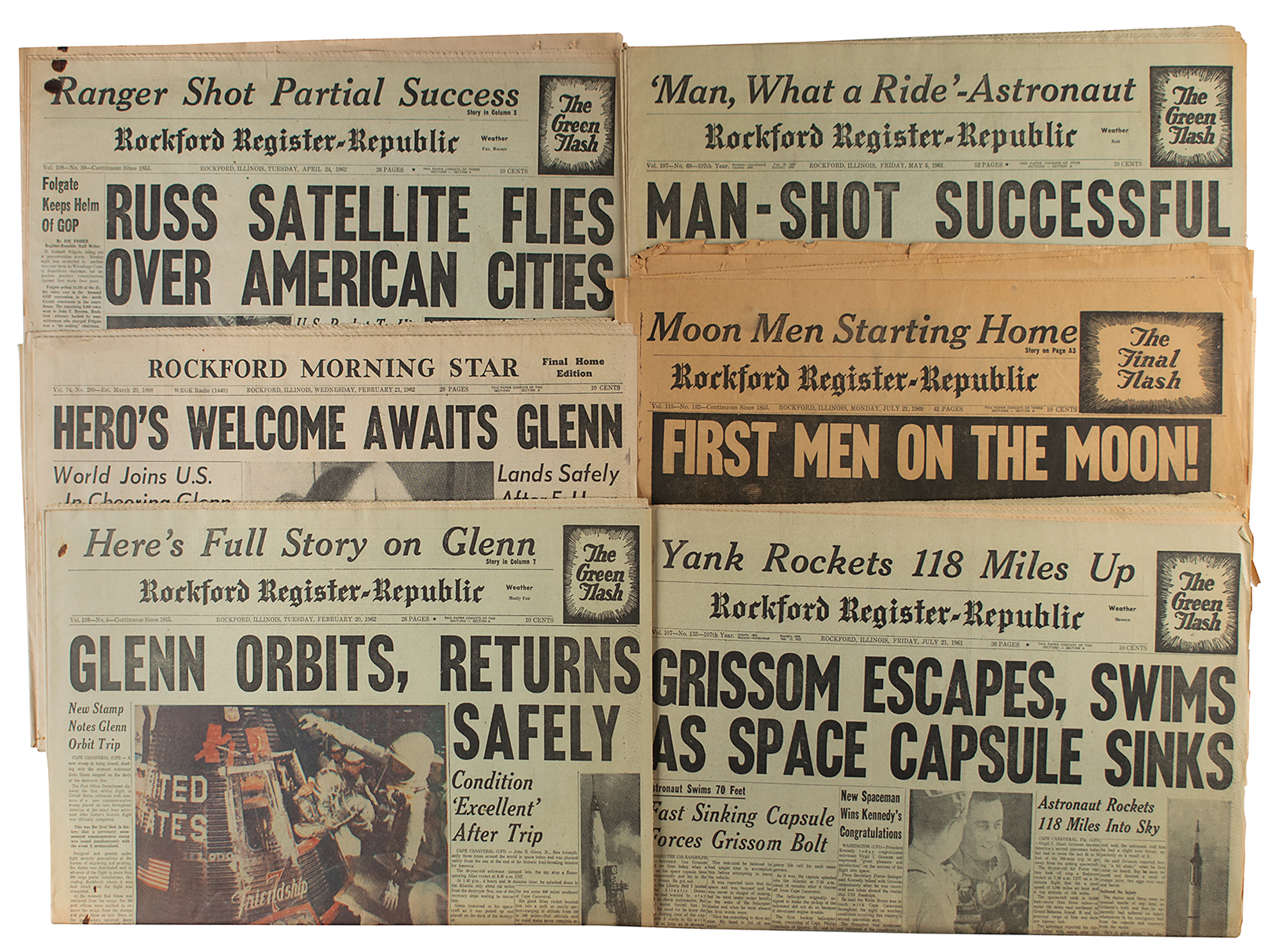 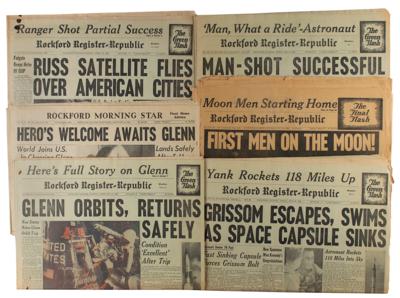 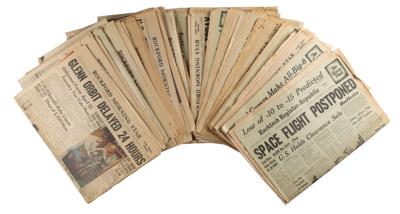 Collection of 23 original Illinois newspapers—most complete—offering contemporary coverage of the Kennedy administration and advancements in the space race, dating from 1961 to 1969. The collection predominately concerns John Glenn's Friendship 7 flight, when he became the first American to orbit the Earth. Noteworthy front-page headlines are quoted below.

May 5, 1961 - Rockford Register-Republic: "Man-Shot Successful: Astronaut Reports View Is 'Beautiful,'" with a color image of the rocket on the launch pad.

In overall very good to fine condition, with some toning, typical edge chipping, and staining to one of the Shepard papers.