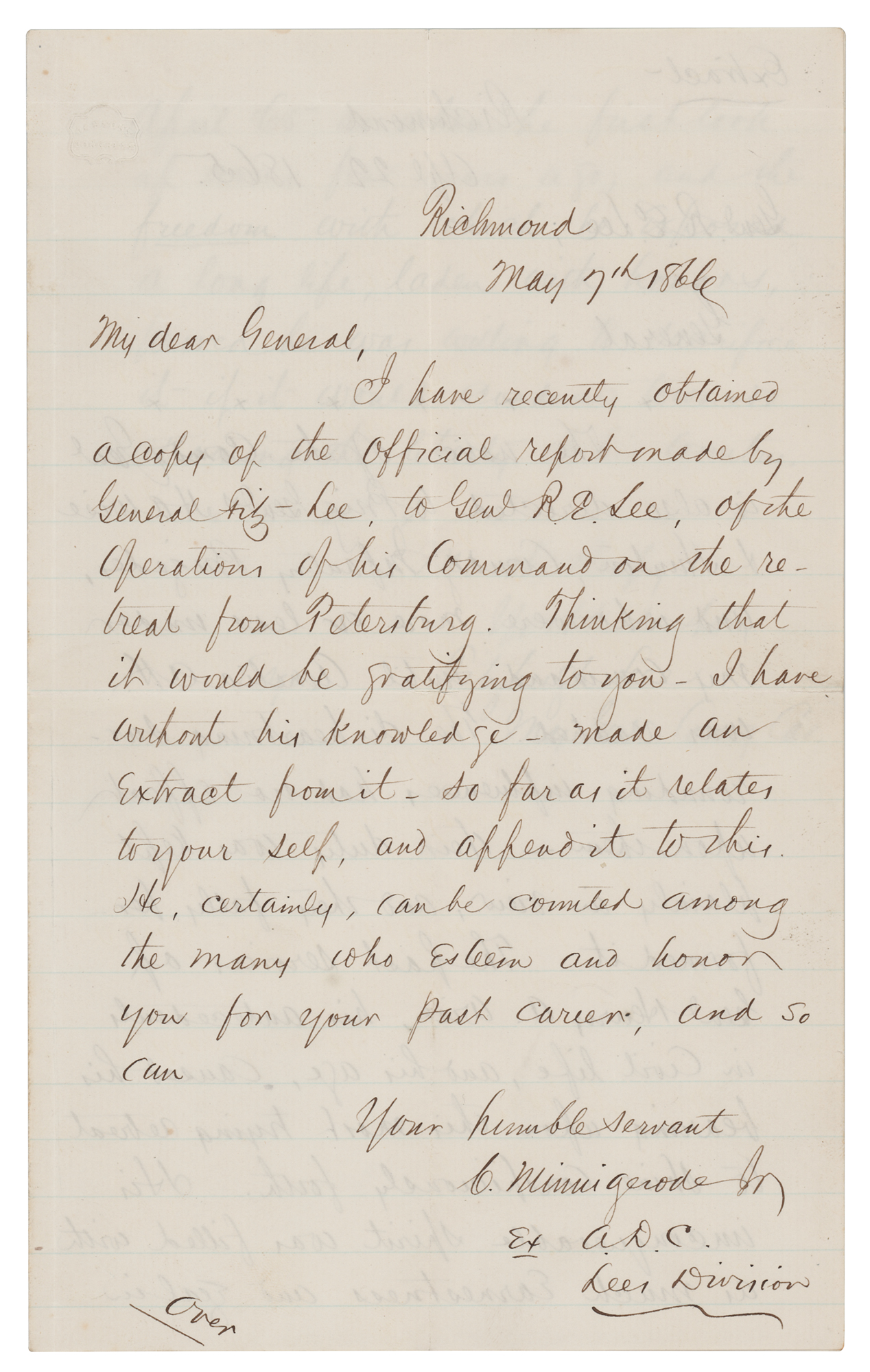 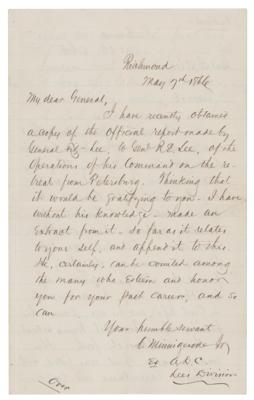 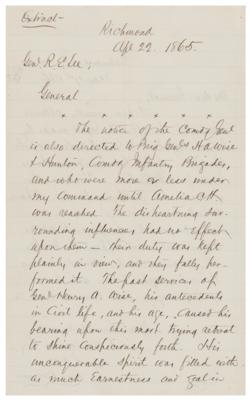 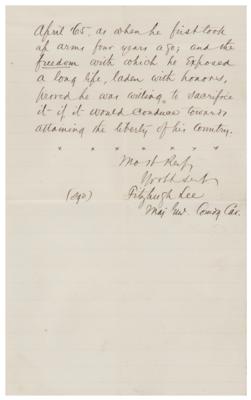 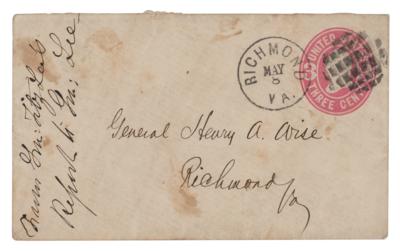 Contemporary copy of a letter by Fitzhugh Lee to Robert E. Lee, written entirely in the hand of a former aide-de-camp, three pages on two adjoining sheets, 5.5 x 9, May 7, 1866. Sent to General Henry A. Wise, the text of Lee's letter is prefaced by an introduction: "I have recently obtained a copy of the official report made by General Fitz Lee, to Genl. R. E. Lee, of the operations of his Command on the retreat from Petersburg. Thinking that it would be gratifying to you, I have without his knowledge, made an extract from it, so far as it relates to your self, and append it to this." The copy of Fitzhugh Lee's letter, originally of April 22, 1865, in part: "The notice of the Comdg. Genl. is also directed to Brig. Genls. H. A. Wise & Hunton, Comdg. Infantry Brigades, and who were more or less under my command until Amelia C. H. was reached. The disheartening surrounding influences had no effect upon them—their duty was kept plainly in view, and they fully performed it. The past services of Genl. Henry A. Wise, his antecedents in civil life, and his age, caused his bearing upon this most trying retreat to shine conspicuously forth. His inconquerable spirit was filled with as much earnestness and zeal in April '65, as when he first took up arms four years ago; and the freedom with which he exposed a long life, laden with honors, proved he was willing to sacrifice it if it would conduce towards attaining the liberty of his country." In fine condition. Accompanied by the original mailing envelope addressed to Wise in Richmond, Virginia.