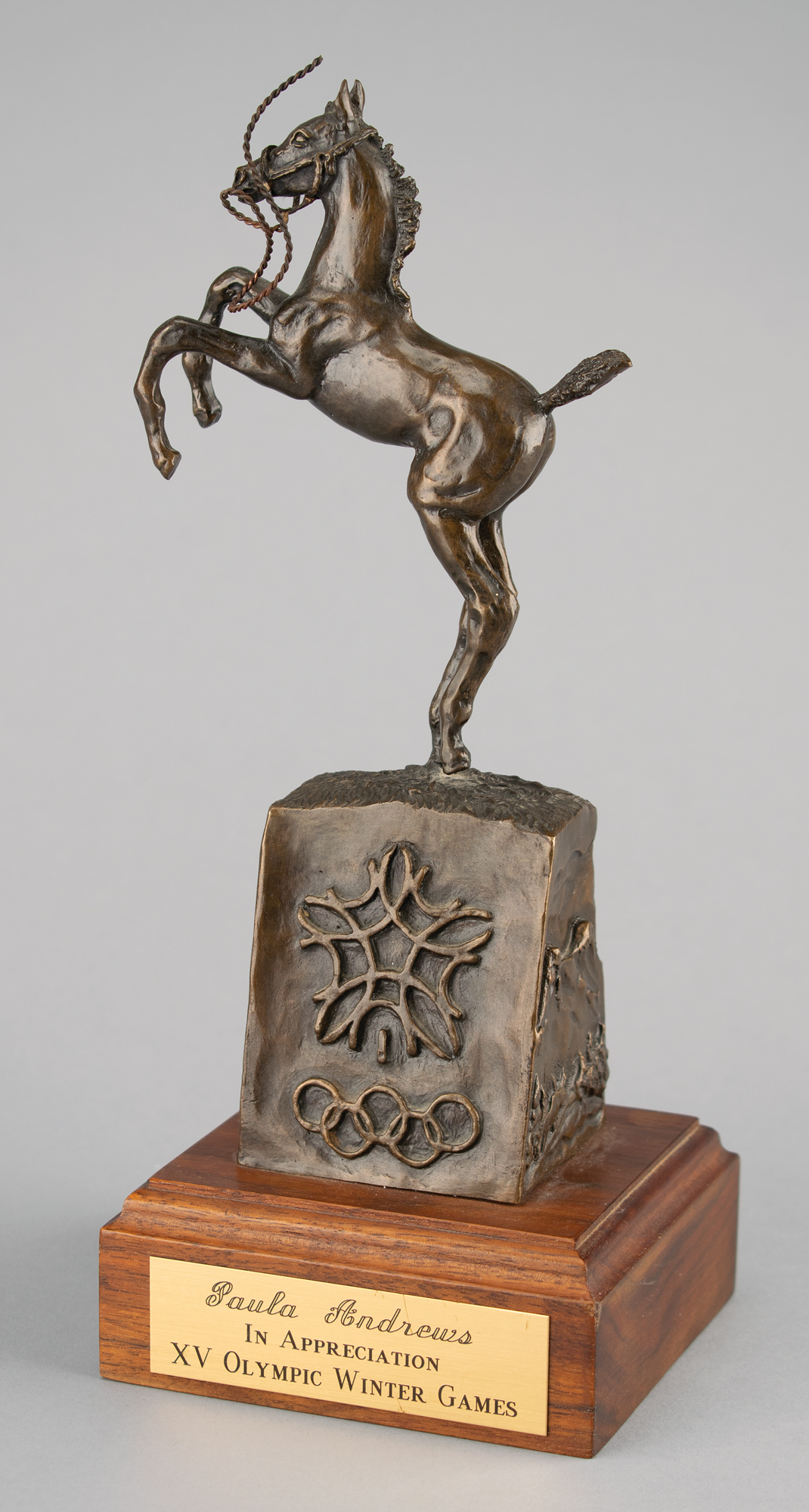 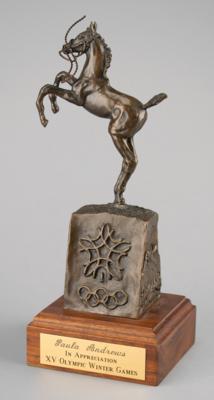 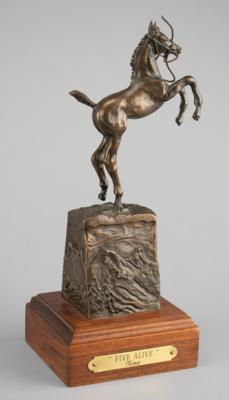 Wonderful limited edition bronze sculpture entitled ‘Five Alive,’ presented to Paula Andrews for her work as the mayor of the Calgary 1988 Olympic Village and as a member of the Calgary Winter Olympic Organizing Committee (OCO ’88) Board of Directors. Designed by noted sculptor, rancher, and horse trainer Gina McDougall, the statue depicts a colt rearing from atop a base that features the Calgary logo to front, and mountain and wilderness designs to the sides and back, the latter of which is numbered 31/88 and engraved “Gina, 1984.” The statue stands 11.25″ in height and is set on a 4.5″ x 4″ x 1.75″ wooden base with engraved plaques to the front and back: “Paul Andrews, In Appreciation, XV Olympic Winter Games” and “‘Five Alive,’ Gina.” In fine condition.

As a thank you for my work I received a few gifts. Some I regifted to other volunteers, or donated to the town and Nordic Centre, and some, such as a set of medals and participation medallions, a torch used in the torch relay and a sculpture of a horse I was given for my work on the OCO ‘88 Board, are in today’s Olympic Auction."