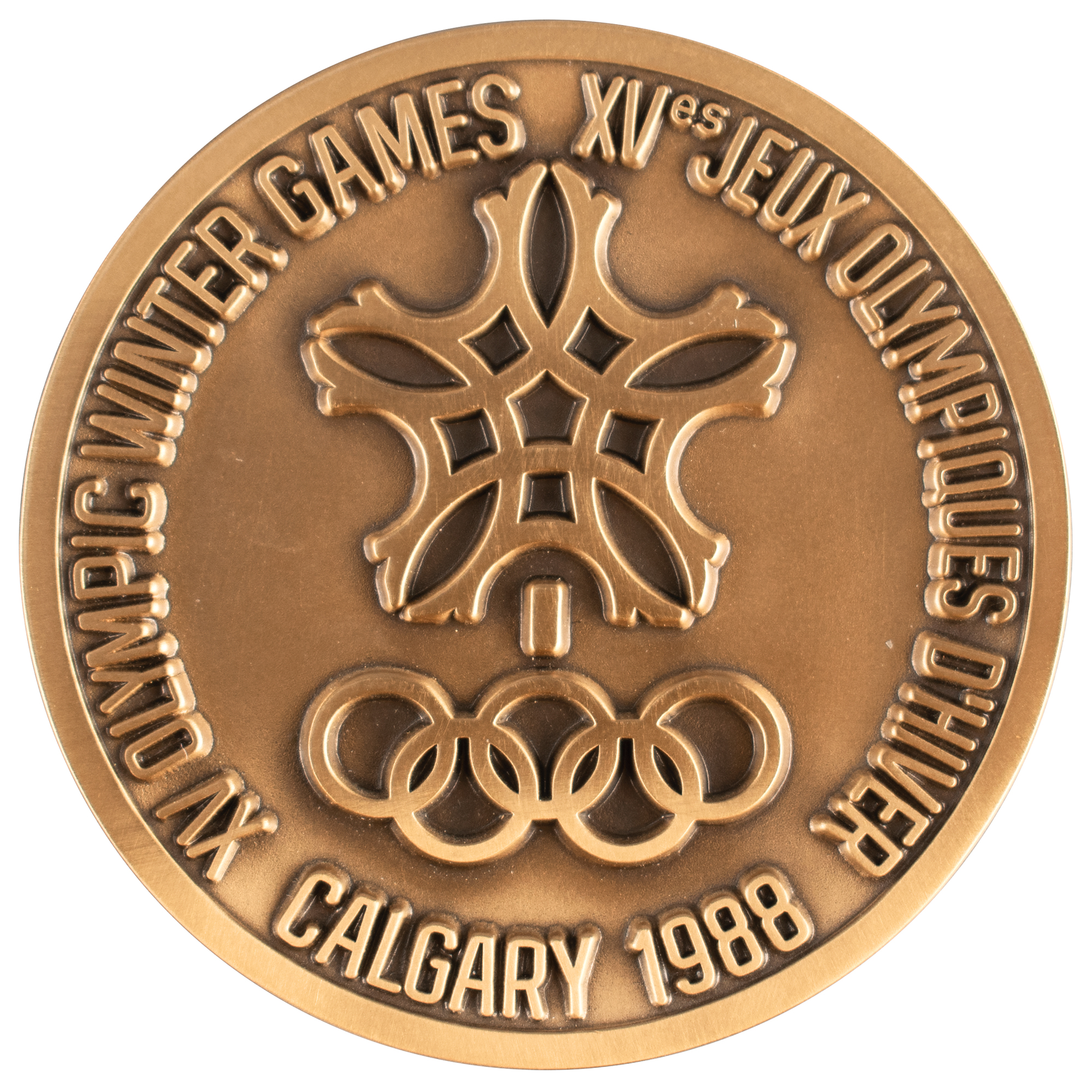 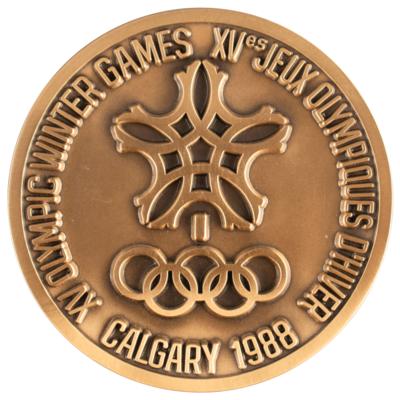 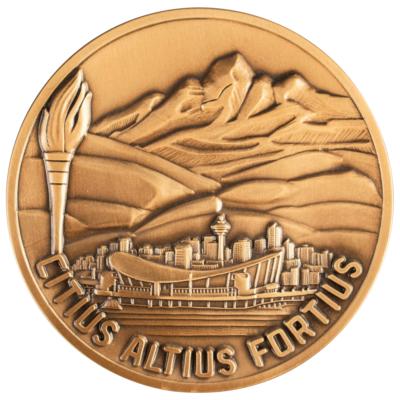 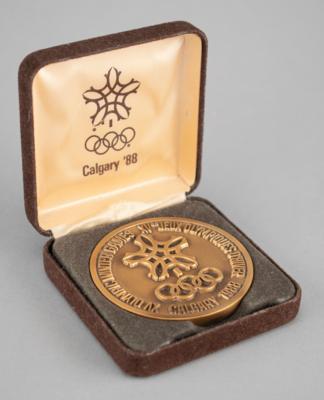 Participation medal issued for the Calgary 1988 Winter Olympics and presented to Paula Andrews, the mayor of the Olympic Village and a member of the Calgary Winter Olympic Organizing Committee (OCO ’88) Board of Directors. Bronze, 64 mm, 133 gm, by Cornelius Martens. The front depicts the Calgary Games emblem and raised French and English text, “Calgary 1988, XV Olympic Winter Games”; the reverse bears a panoramic view of Calgary, the Saddledome Stadium, and the Canadian Rocky Mountains, with the Olympic motto below. Includes its original velvet case.