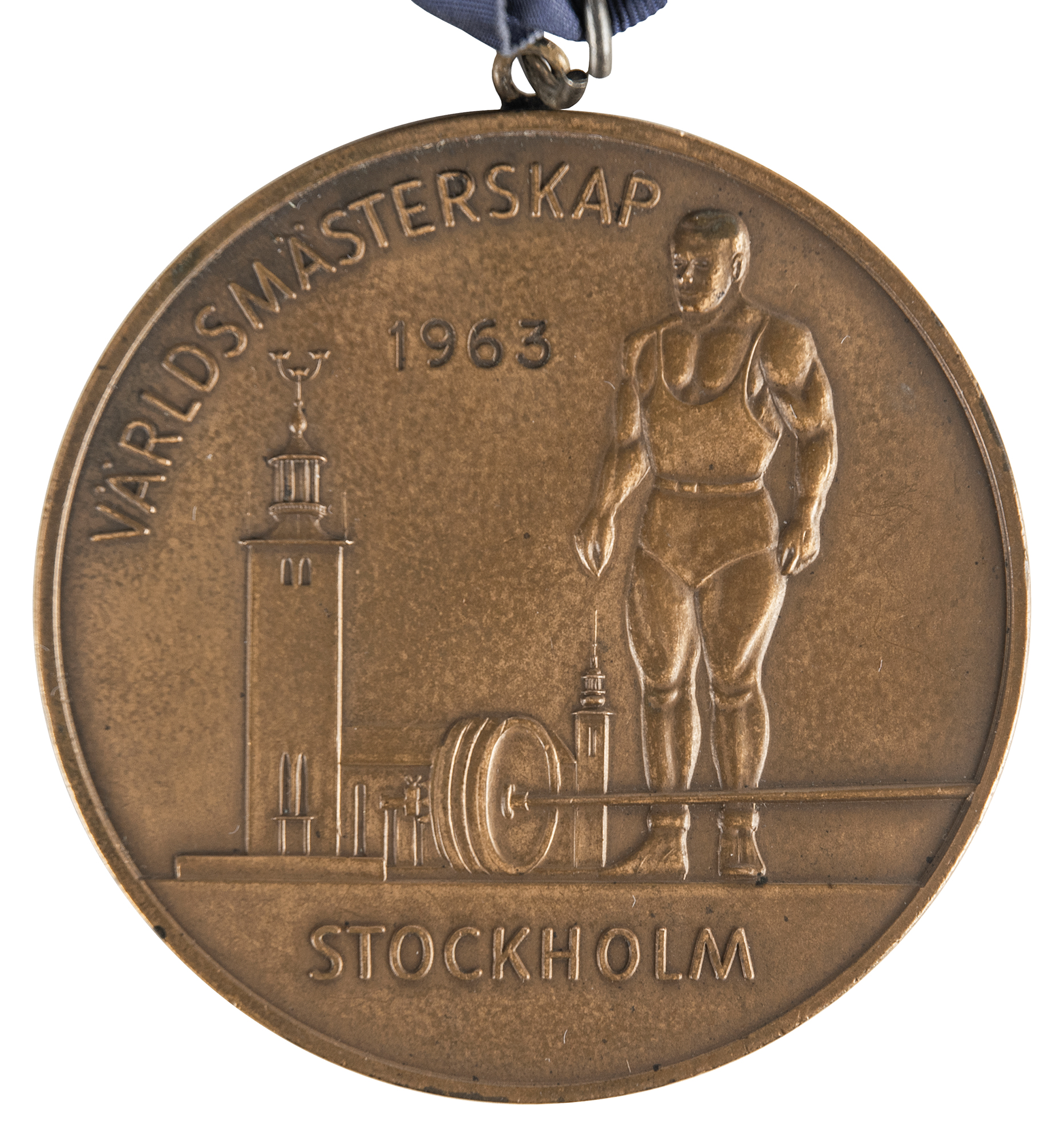 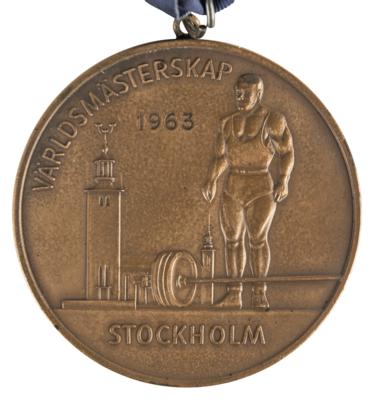 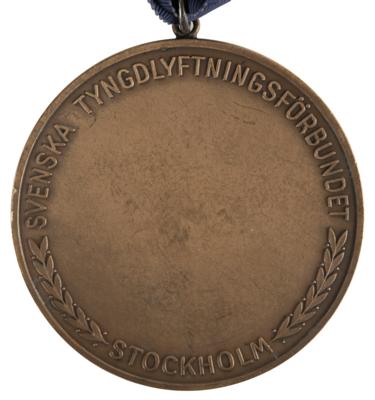 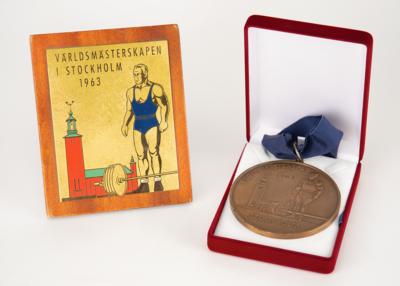 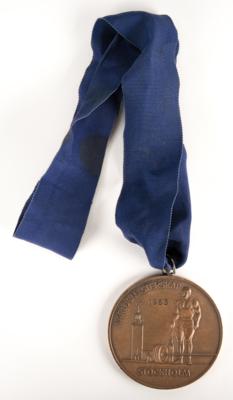 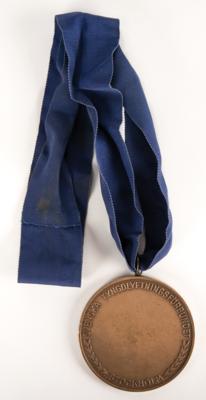 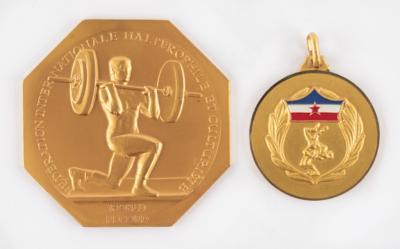 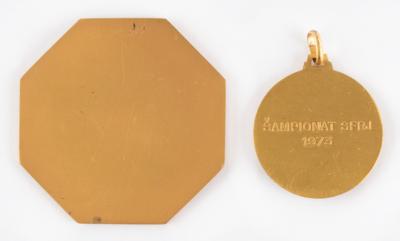 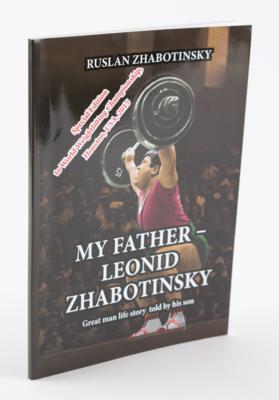 The medal and plaque are accompanied by three other notable items: a gold-tone medallion, 57 mm, 35 gm, with embossed image of a weightlifter and raised text in French: “International Federation of Weightlifting and Bodybuilding,” with lower border engraved: “World Record”; a small gold-tone medallion, 38 mm, 16 gm, with raised design of wrestlers or Sambo practitioners on a shield with colors of the Socialist Federal Republic of Yugoslavia, and the reverse engraved: “Championship, SFRJ, 1973”; and a softcover copy of My Father—Leonid Zhabotinsky, written by his son Ruslan Zhabotinsky, who has signed the inside front cover.

In a sport that features the world’s biggest stars, weightlifter Leonid Zhabotinsky was larger than life. As a representative of the Soviet Union in the heavyweight division, Zhabotinsky proved himself year after year as one of Earth’s mightiest men, routinely placing—and oftentimes winning—in whatever competition he entered. To cement his status as a truly historical strongman, Zhabotinsky won back-to-back Olympic gold medals (Tokyo 1964 and Mexico City 1968) in the men’s +90 kg division. So inspiring was the Soviet to budding weightlifters and bodybuilders the world over, that as a young Austrian teenager Arnold Schwarzenegger kept a photograph of Zhabotinsky taped over his bed.