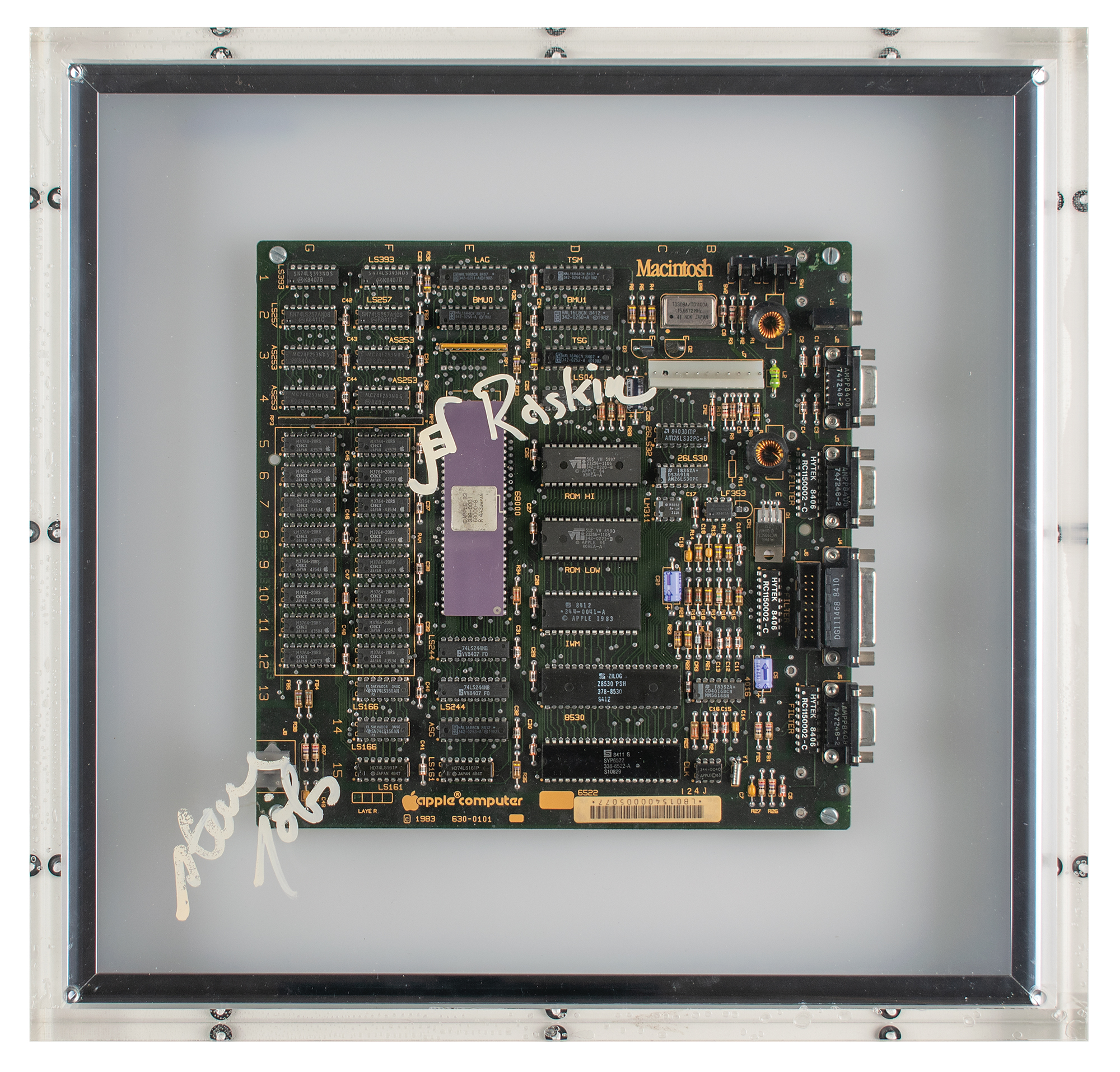 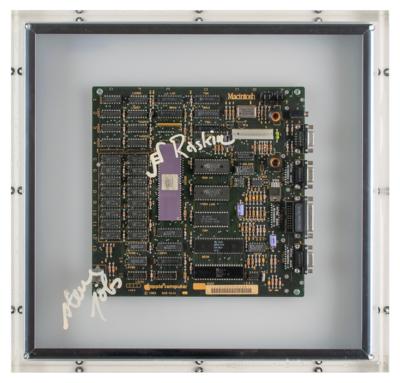 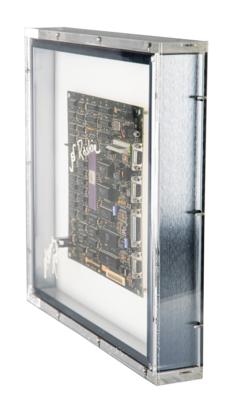 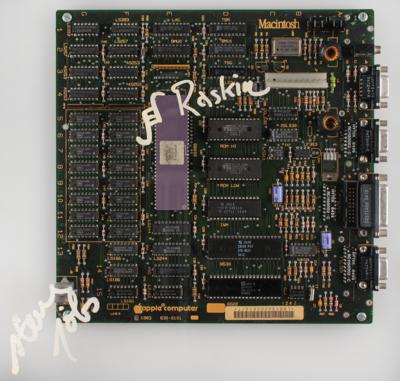 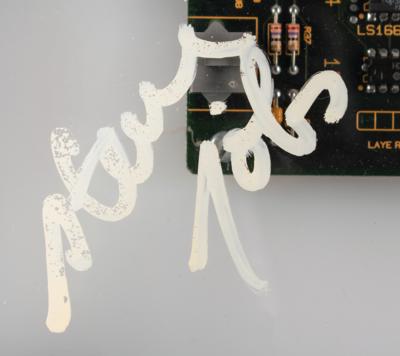 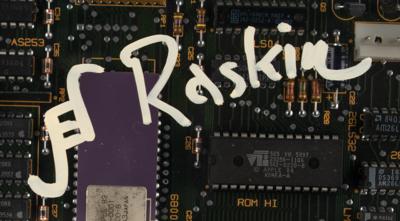 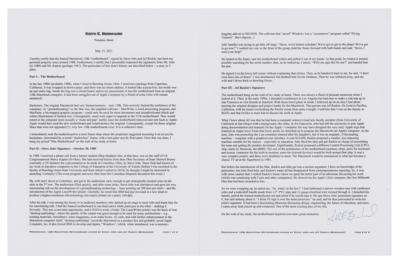 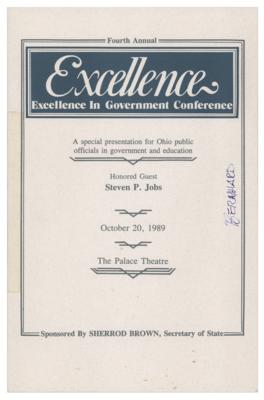 Rare custom-built display featuring an original Macintosh 128k logic board mounted on white acrylic and framed, signed on the non-glare front pane in white paint pen by the Apple co-founder, "steve jobs," and by the father of the Macintosh, "Jef Raskin." Both signatures were obtained in person: Jobs following his presentation at Ohio's Excellence in Government Conference on October 20, 1989, and Raskin during a private meeting at his home in the early 1990s. The signed shadowbox display has since been protected by a thick 15.5? x 14.5? x 2.5? acrylic frame. In fine condition, with slight irregular adhesion to Jobs' signature.

Accompanied by the original program from the Ohio event and a detailed letter of provenance from the original recipient, a professor of educational program/instructional design at Bowling Green State University. He explains that the original Macintosh had very limited memory—only 128k—which substantially limited its capabilities, and most users were eager to upgrade to 512k. As the boards were swapped out at local computer shops, they were returned to Apple for destruction—they are therefore quite scarce and collectible on their own. He received this board from a friend at Apple in the late 1980s, and had it framed for his study.

In 1989, when he was invited to attend Jobs's presentation on laser printing for Ohio public officials in government and education, he brought the frame with him in hopes of getting it autographed: "After his talk, I was among the dozen or so audience members who dashed up on stage to meet Jobs and thank him for his entertaining talk. I had the framed motherboard in one hand and a white paint pen in the other—shaking it fervently…Jobs' handler was trying to get him off stage. 'Steve, we're behind schedule! We've got to get to the plane! We've got to go now!' I worked my way to the front of the group, held the frame forward with both hands and said, 'Steve, I need your help!…Will you sign this for me?'…He signed it in the lower left corner without explaining that choice. Then, as he handed it back to me, he said, 'I don't even have one of these!' I was dumbstruck but thanked him for his kindness."

Then, the Jobs-signed motherboard hung on the wall of his study at home until about 1991, when he traveled to San Francisco to visit friends at Stanford. While on the trip, he was able to arrange a meeting with Jef Raskin, who is known for starting the Macintosh project at Apple in 1979. After their lengthy discussion of his work, engineering, and the future of education, Raskin asked: 'So, what's in the box?' He pulled out the framed motherboard and asked Raskin for his autograph. Without commenting on Jobs' prominent signature, Raskin said, 'I think I'll sign it over the main processor,' and wrote his artist's signature.

Boasting large autographs of two Apple innovators and excellent, in-person provenance, this is a unique and outstanding piece.