The Massachusetts Spy with masthead engraved by Paul Revere, reporting on the Sons of Liberty and the one-year anniversary of the Boston Massacre 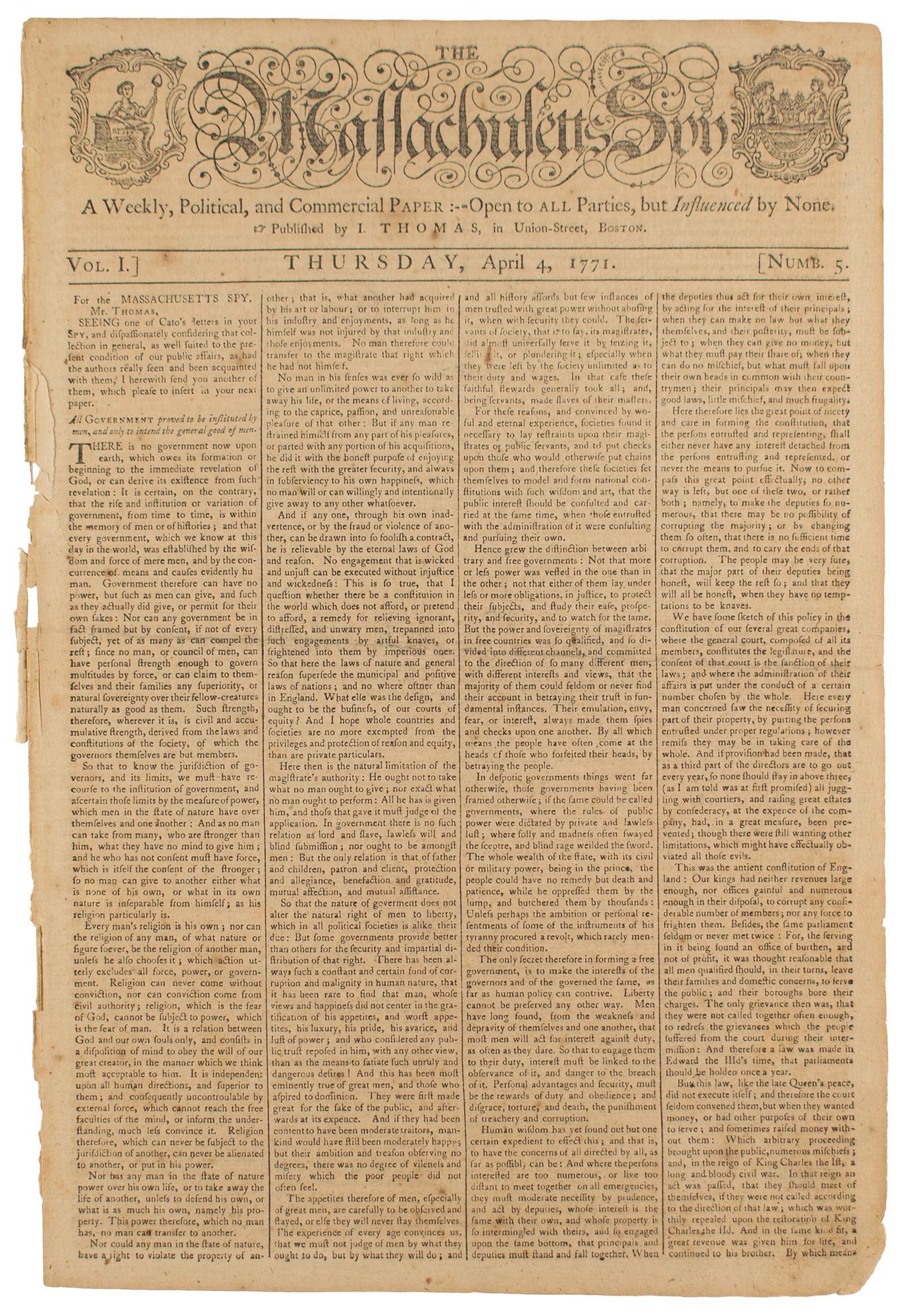 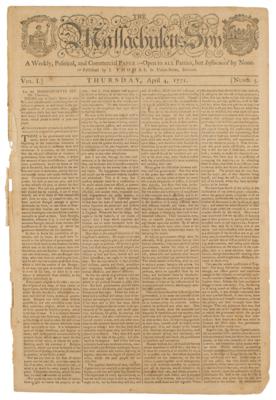 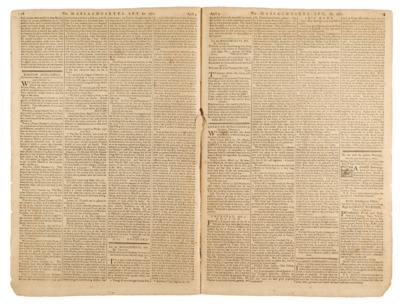 The Massachusetts Spy with masthead engraved by Paul Revere, reporting on the Sons of Liberty and the one-year anniversary of the Boston Massacre

The Massachusetts Spy, A Weekly, Political, and Commercial Paper, April 4, 1771. Published by Isaiah Thomas, in Union-Street, Boston. Masthead engraved by Paul Revere, which features the text The Massachusetts Spy in the center heavily decorated with flourishes and scrolls. To the left and right are two medallion shaped illustrations both with Chippendale-style mantling. To the left is an allegorical figure of a woman, Liberty, holding a liberty pole with cap. She is leaning against a pedestal and a rolled copy of the Spy. To the right in an additional illustration featuring two nude, kneeling figures who are removing flowers from a central basket. Beneath them on a ribbon scroll is the text "They cull the choicest."

Report from New York: "The SONS of LIBERTY in this city, met at Hampden-Hall, to celebrate the day on which our most gracious sovereign, in compassion to his American subjects, redeemed them from the yoke of slavery and oppression, by repealing the Stamp-Act.

First anniversary commemoration of the Boston Massacre, March 5, 1770, at Faneuil-Hall and the Old South Church, freeholders and inhabitants were led in prayer by the reverend and venerable Dr. Chauncy. "Then Mr. James Lovell came forward to the desk, which was covered with black, and delivered an oration commemorative of the fatal 5th of March 1770, exposing the policy of posting standing armies in free cities; to the universal acceptance of a crouded audience." "Measures were then taken to provide for an Orator for the ensuing 5th of March; it being the design of the town to perpetuate the memory of that wanton and bloody Massacre to all generations!" "We hear from Cambridge, that yesterday appeared on the Green, near 50 scholars; armed and equipped in the neatest manner, and went through all the manual exercise evolutions, etc. with dexterity little inferior to that of the 14 regiment. A hopeful beginning!"