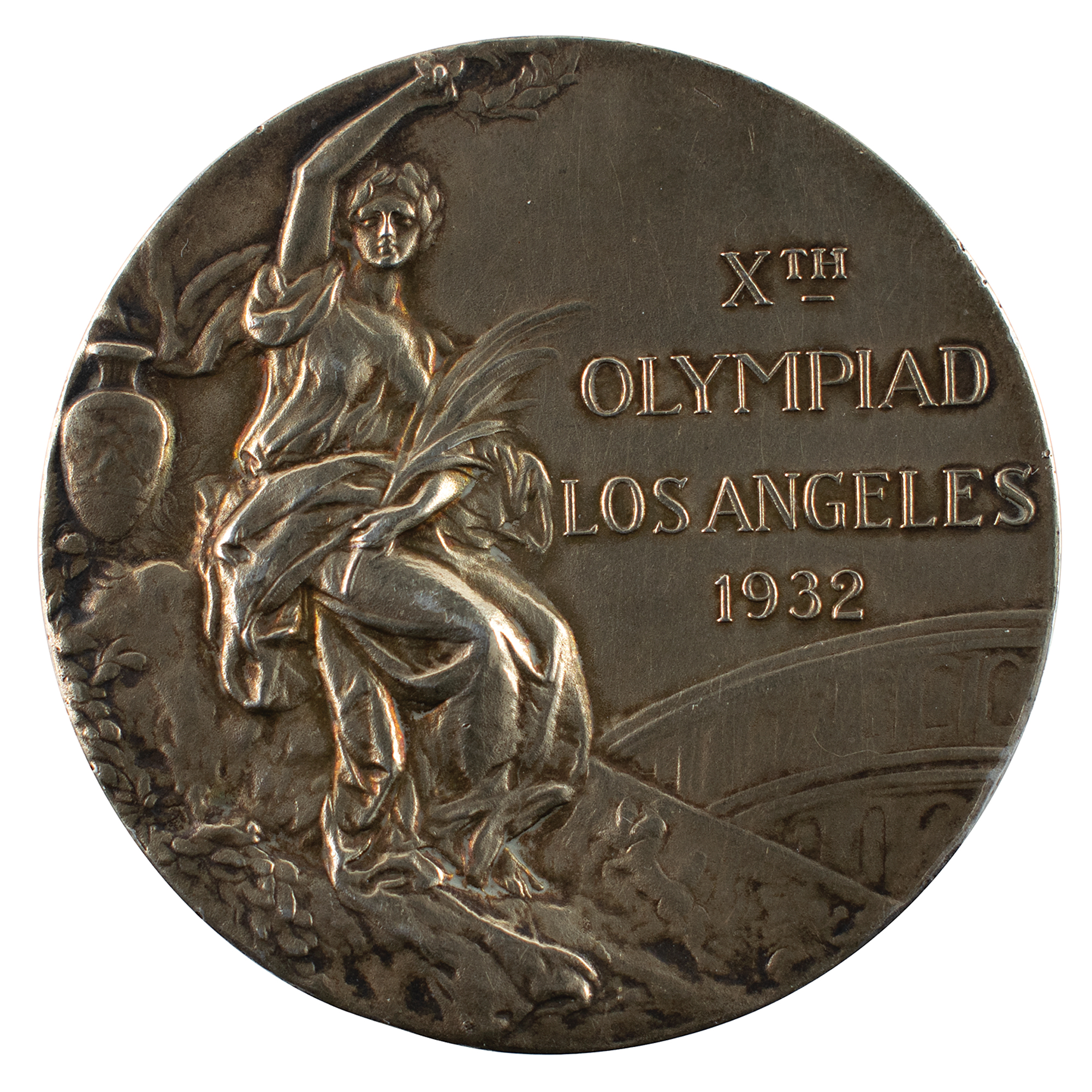 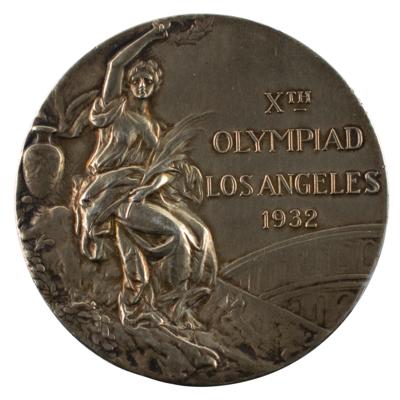 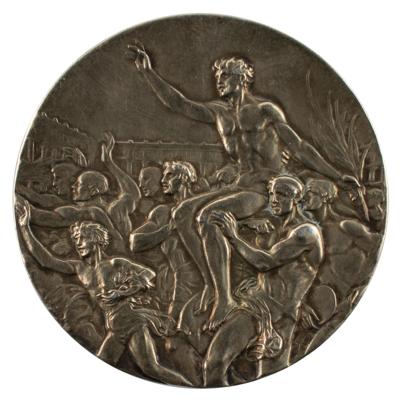 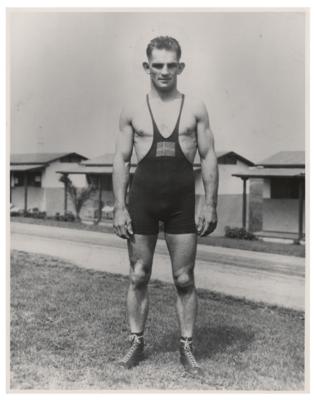 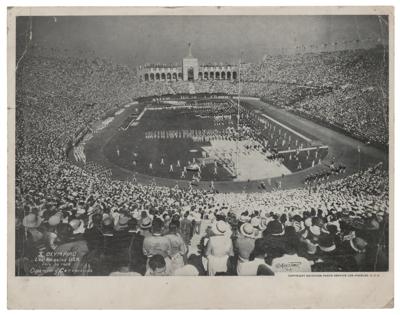 Gold winner's medal awarded to Swedish wrestler Ivar Johansson at the Los Angeles 1932 Summer Olympics. Gilt silver, 55 mm, 97 gm, designed by Giuseppe Cassioli, minted by Whitehead & Hoag. The front, inscribed, "Xth Olympiad, Los Angeles, 1932," features a 'Seated Victory' with the Coliseum in the background; the reverse portrays a winner carried by jubilant athletes. Accompanied by a glossy 9.5 x 12 full-length photo of Johansson, as well as a 14 x 11 cardstock photo of the opening ceremonies of the Xth Olympiad.

After a disappointing Olympic debut at the 1928 Summer Games in Amsterdam, Johansson roared into Los Angeles as one of the top welterweight and middleweight wrestlers in all of Europe, having earned bronze, silver, and gold medals at the European Wrestling Championships in consecutive years. The hype surrounding Johansson was well-founded, who, despite losing his initial middleweight match, won by fall in his next three en route to his first Olympic gold. In order to compete in the welterweight tourney just two days later, Johansson dropped 11 lbs (5 kg) by fasting and sweating in a sauna. Typically a draining experience, the drop in body weight showed no ill effects on Johansson, who won all four of his matches and earned his second gold medal of the Xth Olympiad. For this incredible feat, Johansson was honored with the Svenska Dagbladet Gold Medal, a prestigious annual award 'for the most significant Swedish sports achievement of the year.' He won his third Olympic gold medal in Berlin four years later. Just the second first-place 1932 LA prize we have ever offered, with this example all the more desirable given that it derives from one of Sweden’s most decorated wrestlers.