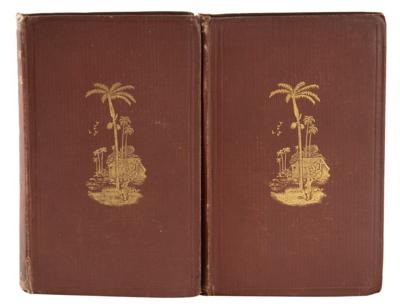 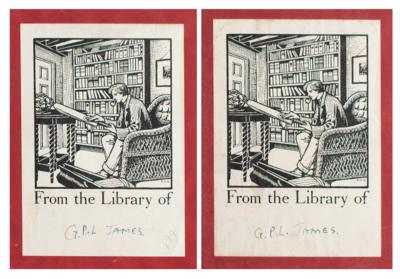 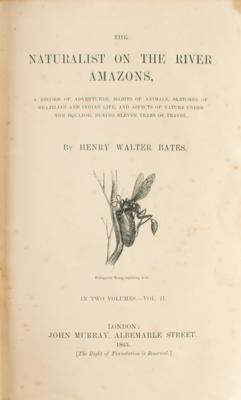 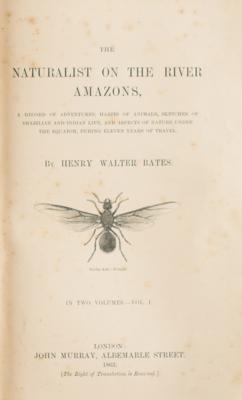 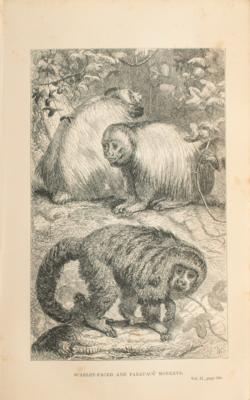 Desirable first edition book in two volumes: The Naturalist on the River Amazons: A Record of the Adventures, Habits of Animals, Sketches of Brazilian and Indian Life, and Aspects of Nature under the Equator, during Eleven Years of Travel. First edition. London: John Murray, 1863. Hardcovers bound in original maroon cloth with spines titled in gilt and pictorial vignette gilt to front boards, 5.25 x 8.25, 351 and 417 pages. Complete with nine wood-engraved plates including frontispieces, folding map, and 32 pages of advertisements to rear of the first volume. Book condition: VG-/None, with ownership bookplates and booksellers' labels to endpapers, bumped corners, edgewear, rubbing to boards, and minor foxing throughout.

British naturalist Henry Walter Bates spent over a decade exploring the Amazon basin, longer than any of his European predecessors. Exploring thousands of miles of the Amazon and its tributaries, he collected over 14,000 species, of which 8,000 were new to science. Encouraged by Charles Darwin upon his return home, he wrote this scientific travel memoir—The Naturalist on the River Amazons—which was well received by scientists and the public alike. The abridged version, published a year later and omitting many of the 'abstruse scientific' details, became especially popular among common readers. Darwin proclaimed it as 'the best book of Natural History Travels ever published in England.'