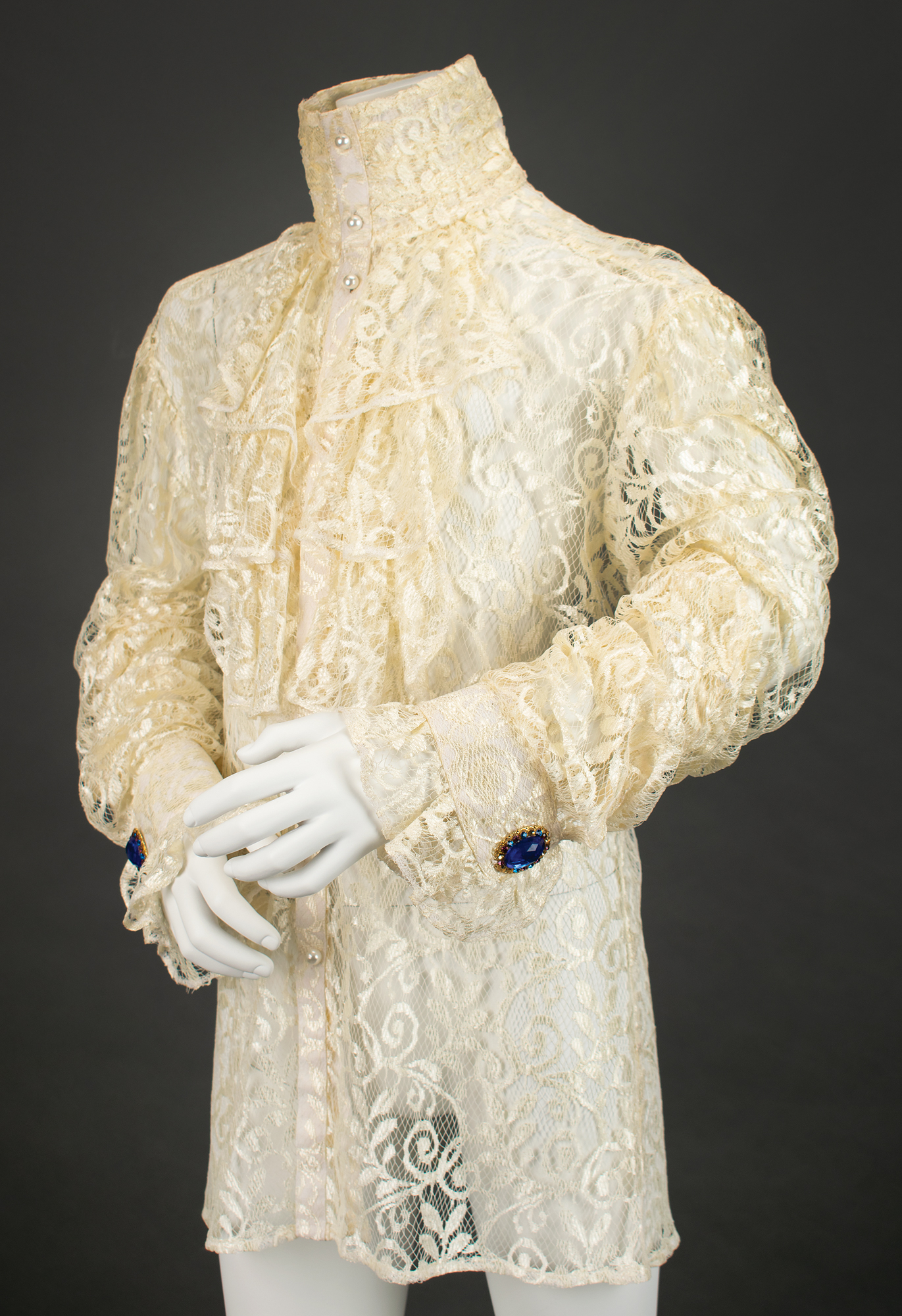 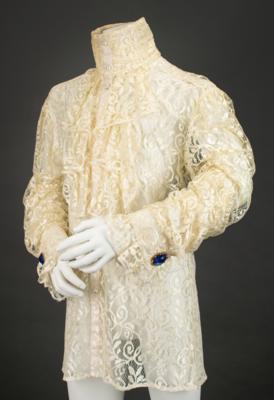 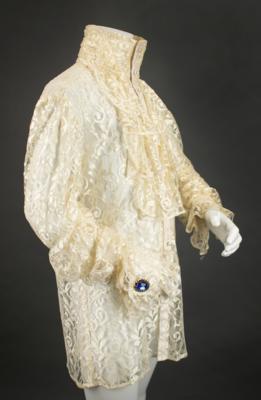 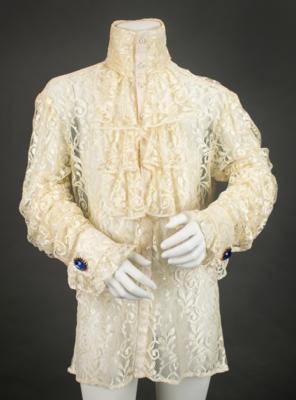 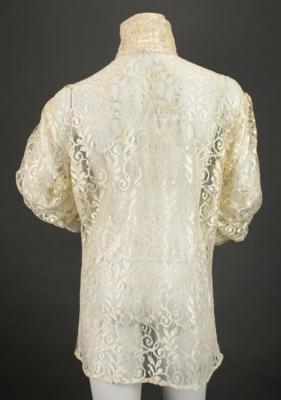 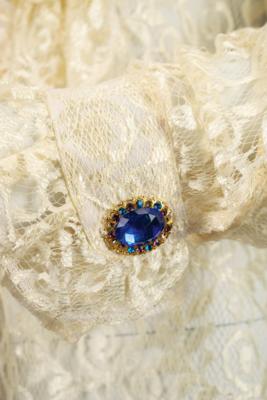 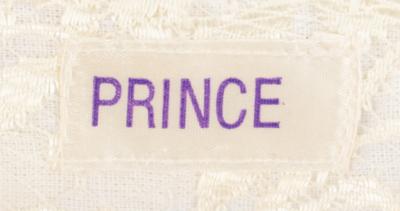 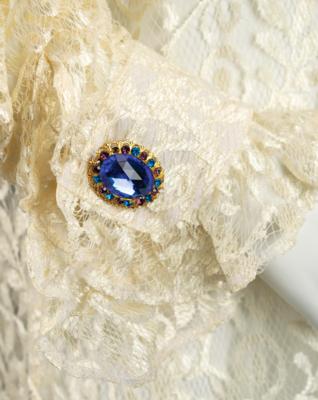 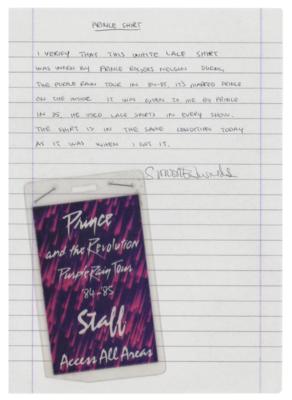 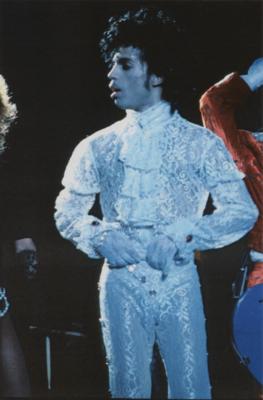 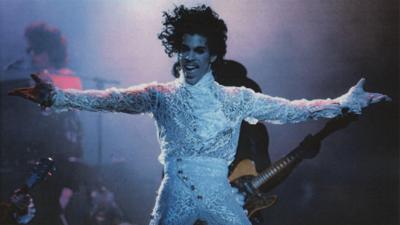 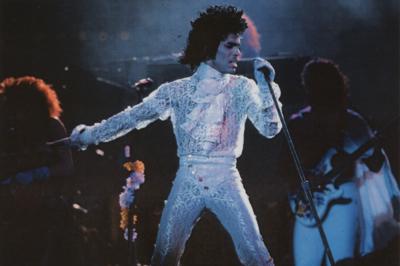 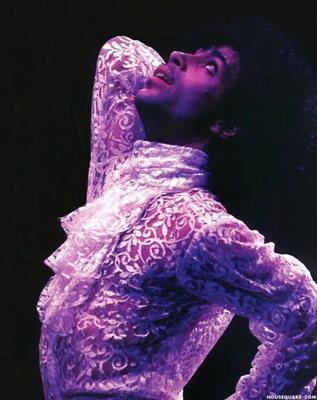 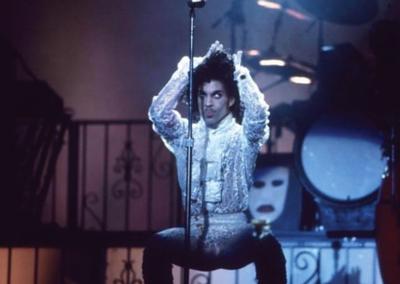 
Prince's stage-worn long-sleeve shirt from the blockbuster 1984-85 Purple Rain Tour, gorgeously constructed entirely of sheer lace with a vine-and-leaf pattern, featuring a high-neck collar, three layers of ruffles on the chest, pearloid buttons down the front placket, and ruffled faux French cuffs with stunning sewn-on blue jeweled cufflinks. Sewn inside the neck is a purple-on-white "Prince" label. In fine condition, with expected light wear from use.

Accompanied by a handwritten letter of provenance from Simon Edwards, in full: "I verify that this white lace shirt was worn by Prince Rogers Nelson during the Purple Rain Tour in 84-85. It's marked Prince on the inside. It was given to me by Prince in 85. He used lace shirts in every show. The shirt is in the same condition today as it was when I got it." His all-access backstage "Staff" pass from the Purple Rain Tour is stapled to the letter. Also includes several images of Prince on stage during the tour, dressed in his iconic lace stage outfit.

Prince's epic 98-show Purple Rain Tour brought him all around North America between November 4, 1984, and April 7, 1985. The massive shows were technical marvels, complete with fiber optics, lasers, fog machines, and Prince's memorable stage theatrics. By the time Prince and the Revolution rolled into Miami’s ‘Purple Bowl’ on Easter Sunday for the tour's finale, a throng of 55,000 concertgoers were eager to hear concert staples like opener ‘Let’s Go Crazy,’ ‘Baby, I’m a Star,’ and ‘Purple Rain,’ which had evolved into a nearly 30-minute-long spectacle. An amazing, museum-quality piece worn on stage by Prince during one of North America’s most legendary tours.