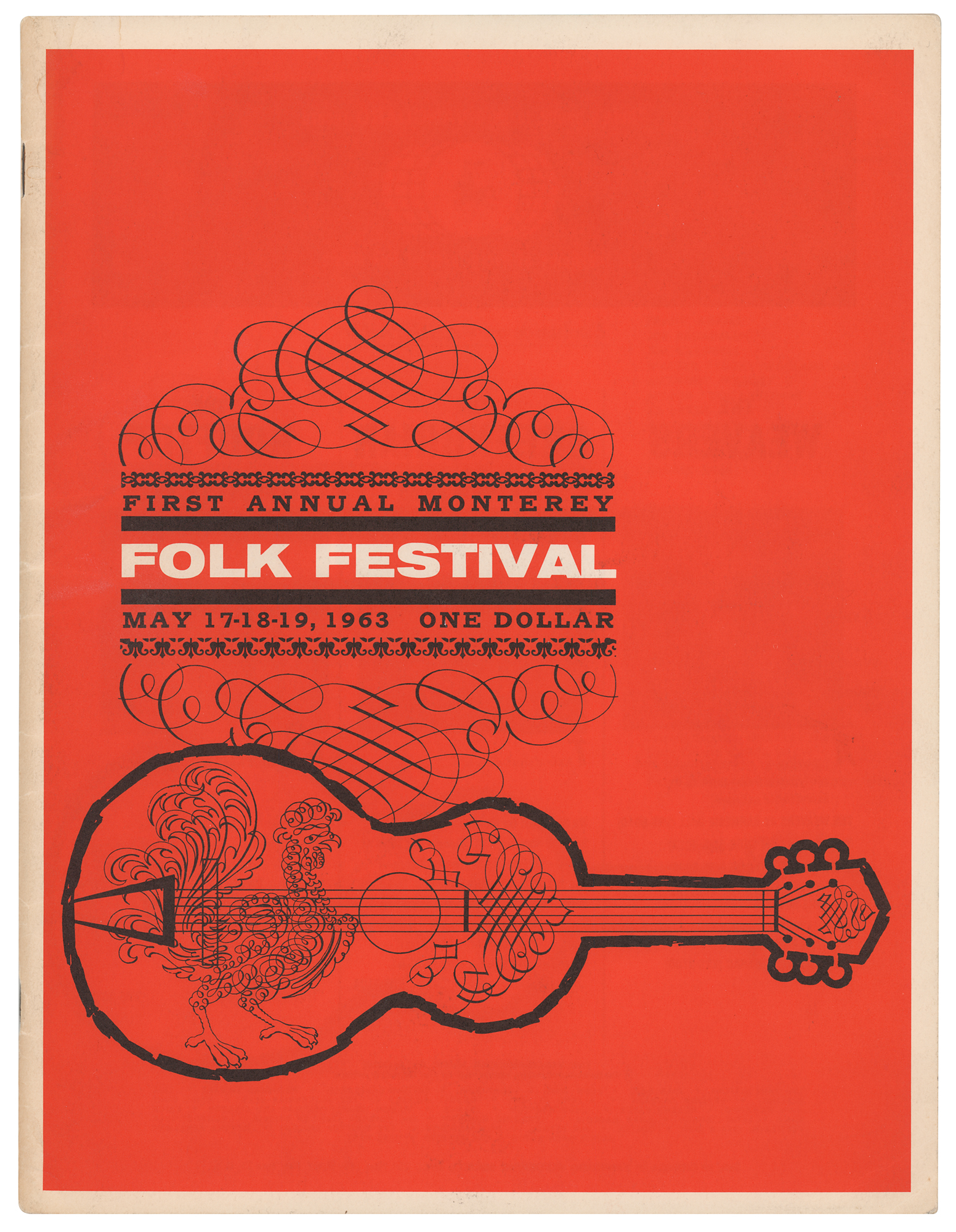 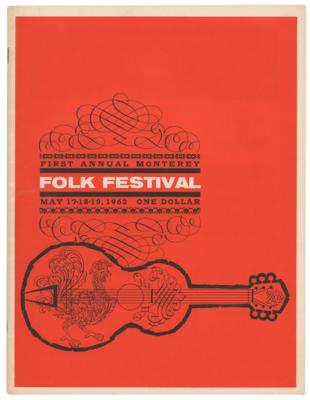 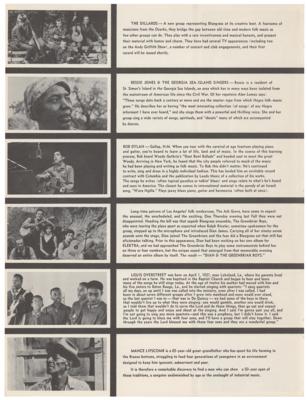 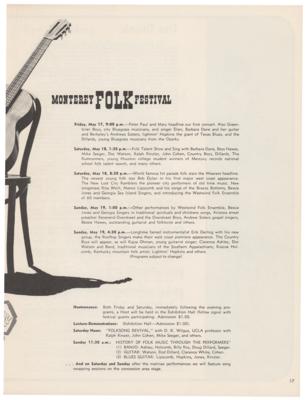 Scarce original program for the First Annual Monterey Folk Festival that was held at the Monterey Fairgrounds in California, on May 17-19, 1963, 32 pages, 8.5 x 11, which contains images and biographies for the festival's many performers, such as: Bob Dylan, Peter, Paul, and Mary, The Weavers, The Rooftop Singers, Barbara Dane, The Modern Folk Quartet, Kajsa Ohman, The New Lost City Ramblers, Rita Weill, Mance Lipscomb, Roscoe Holcomb, and more. On May 18th, the daily schedule makes note of "The newest young folk star Bob Dylan in his first major west coast appearance." That day the 21-year-old Dylan performed four songs: 'Talking John Birch Society Blues,' 'Masters of War,' 'A Hard Rain’s a-Gonna Fall,' and a duet with Joan Baez on 'With God on Our Side.' Nine days later Columbia Records released his seminal second album, The Freewheelin’ Bob Dylan. In fine condition.

Also appearing at the festival, although not mentioned in the program, were the Wildwood Boys, which featured a young Jerry Garcia on banjo, Robert Hunter on stand up bass, David Nelson on guitar, and Ken Frankel on fiddle, with the latter recalling the experience: 'We played in the band contest, but left before the winner was announced. Later we were all sitting together watching a show, when the MC announced that we were the winners of the band contest, and would now come on stage and play a song, and we were 'What, us? quick, where are our instruments? Does anybody have a bass Bob can borrow?' And we somehow got on stage and played a song, which I think was Nine Pound Hammer.' Garcia also played in an amateur banjo competition held on one of the festival stages, and finished in second place.