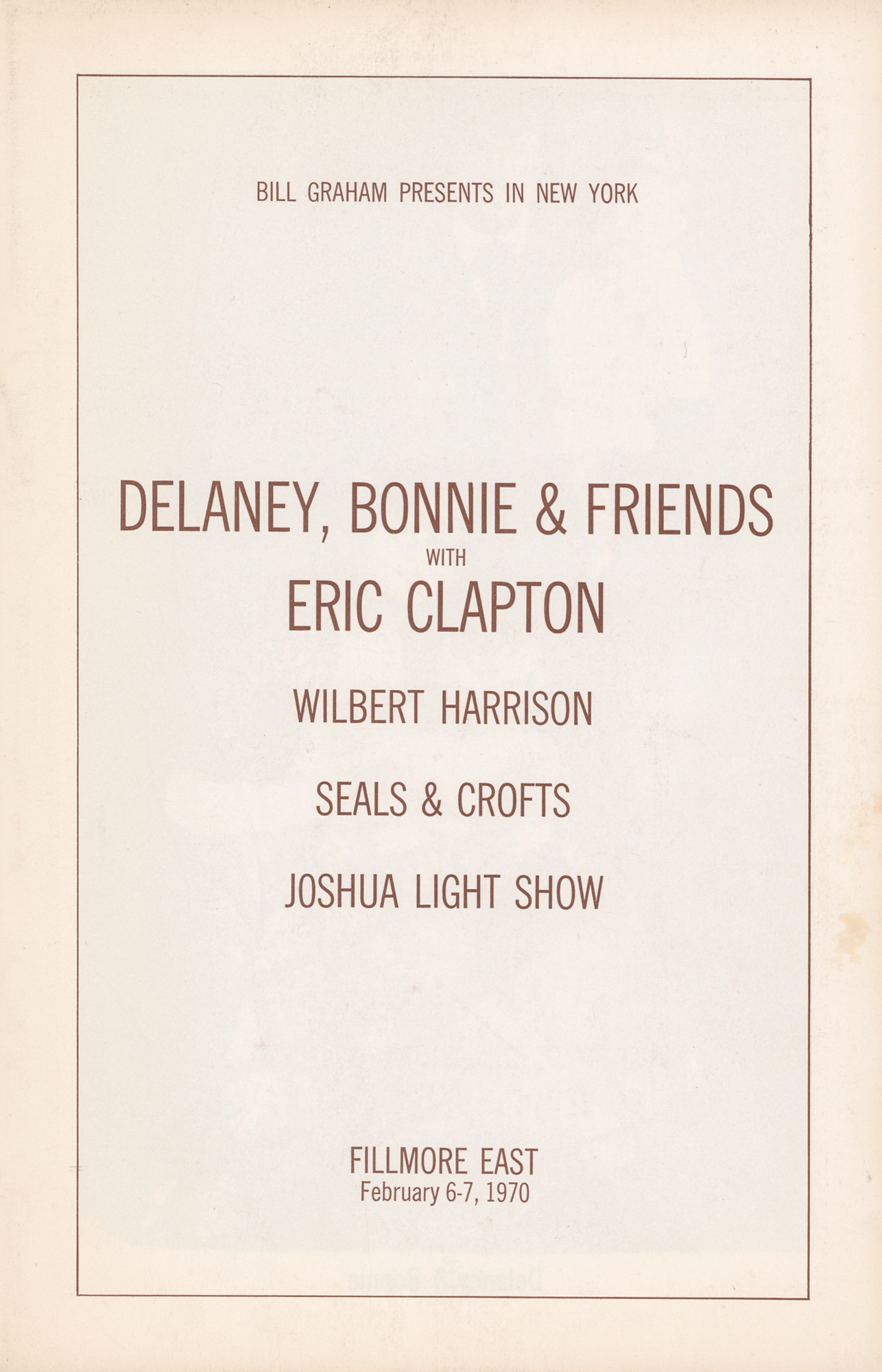 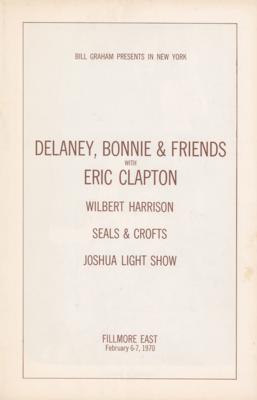 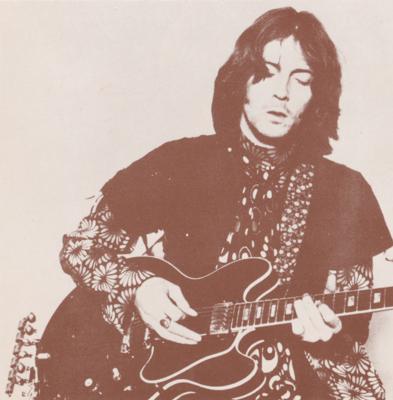 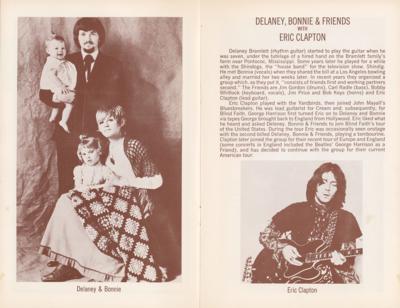 Concert program for Delaney and Bonnie & Friends with Eric Clapton at the Fillmore East, New York, on February 6-7, 1970, 5.5 x 8.5, 24 pages, featuring biographies and images of the musicians inside, along with supporting acts Wilbert Harrison and Seals & Crofts. Delaney and Bonnie opened up for Blind Faith on their 1969 US tour, Clapton seeking to break away from stardom started gigging with them while they were on the British tour in 1970. An album Delaney and Bonnie & Friends On Tour with Eric Clapton was released and a US tour was set up to promote the record resulting in these concerts at the Fillmore East. Ironically the band included Bobby Whitlock, Jim Gordon and Carl Radle, who with Eric would form Derek and the Dominos months later. In very good to fine condition, with light handling wear, and some staining to the front cover.