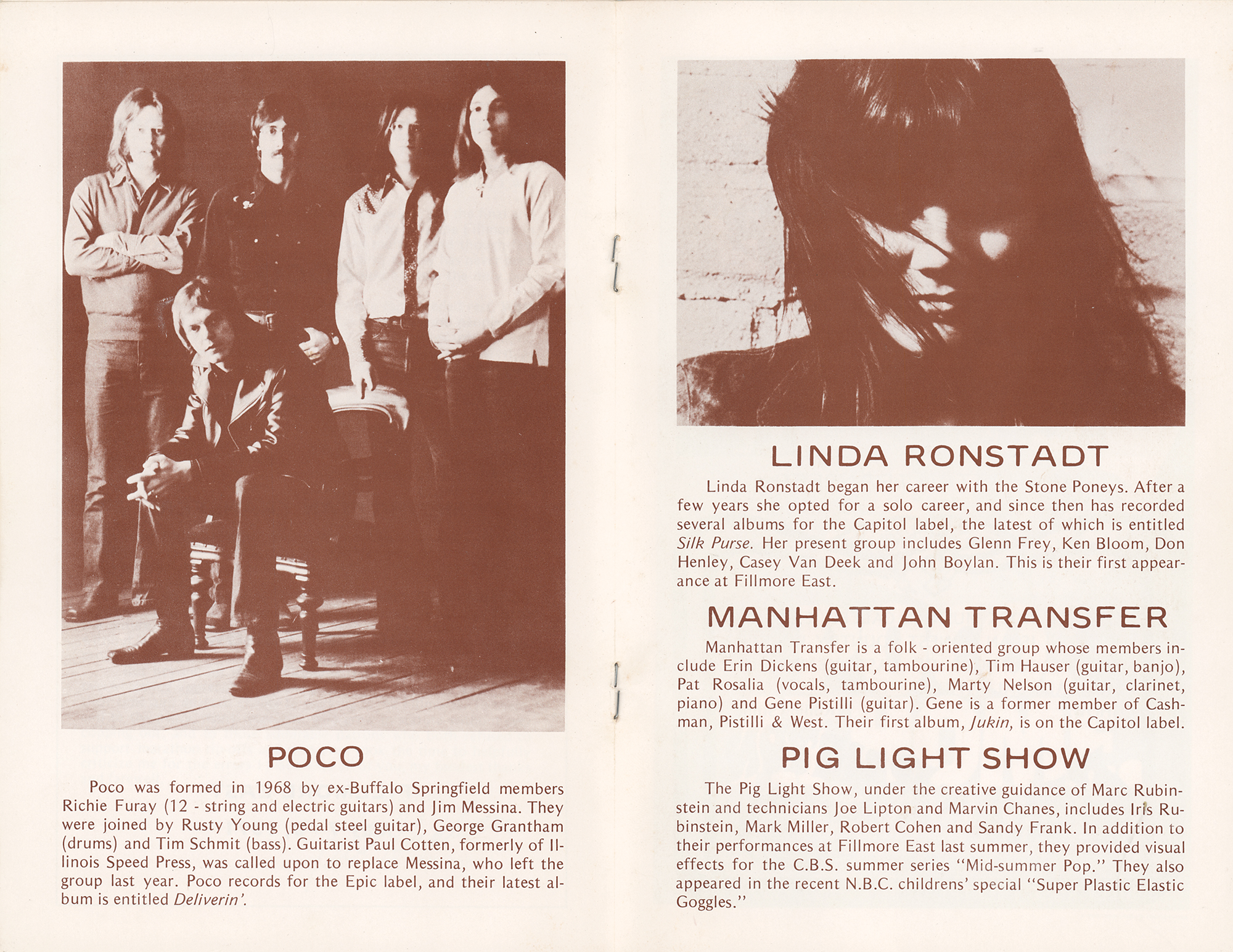 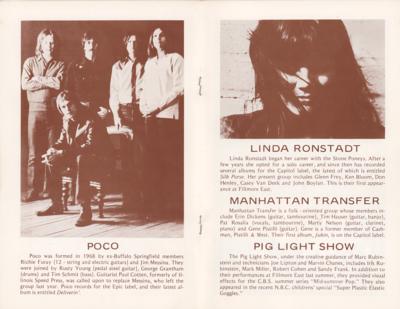 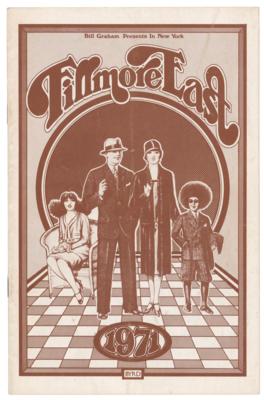 Fillmore East program for a pair of Linda Ronstadt concerts on May 7-8, 1971, eight pages, 5.5 x 8.5, with shows also promoting performances by Poco and Manhattan Transfer. Rondstadt’s band featured future Eagles members Glenn Frey and Don Henley, and ironically Poco featured future Eagles bassist Timothy B. Schmit. The program features short bios and photos of the bands, as well as a few classic ads from the period. In fine condition, with a light central vertical fold.