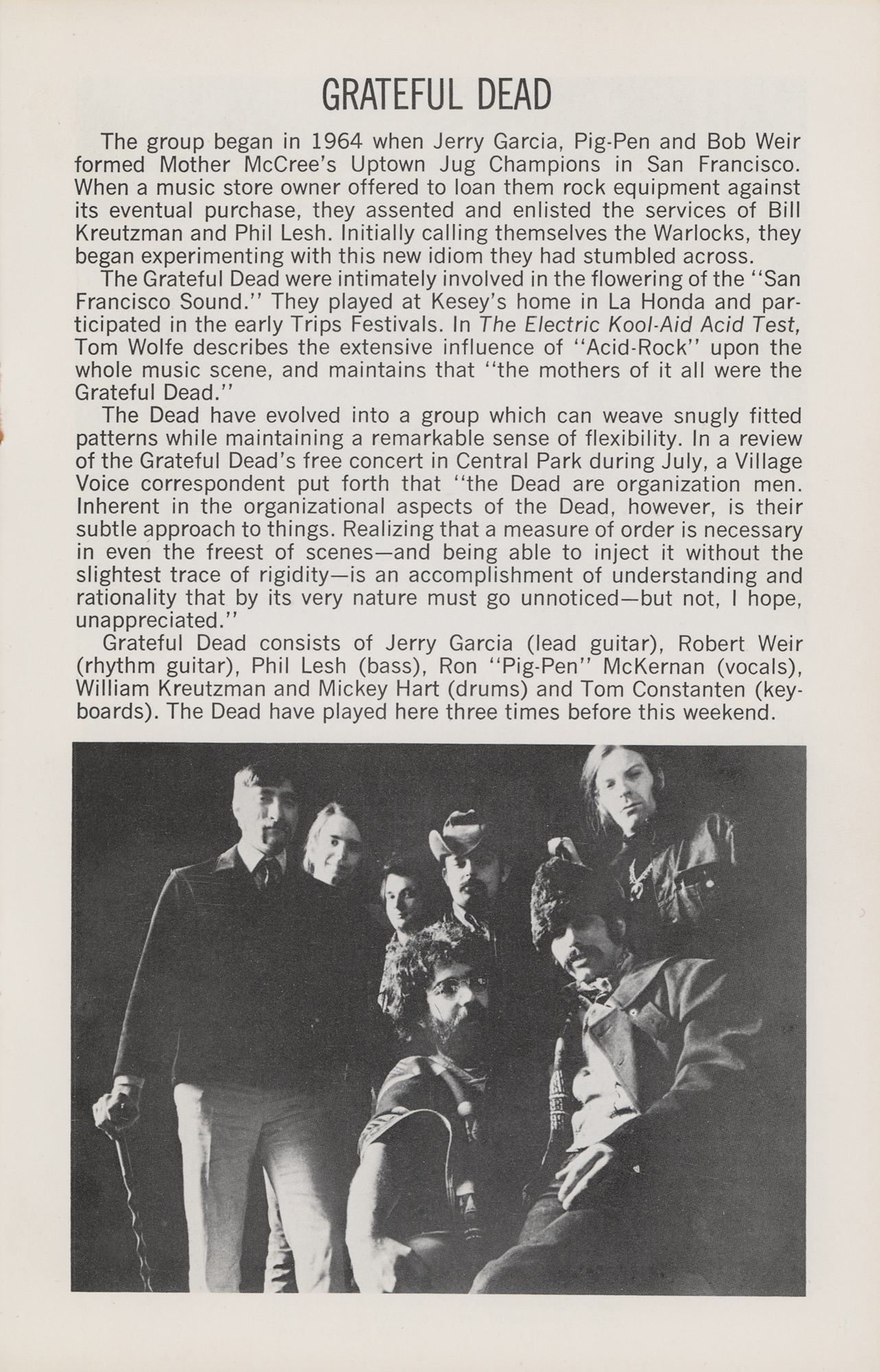 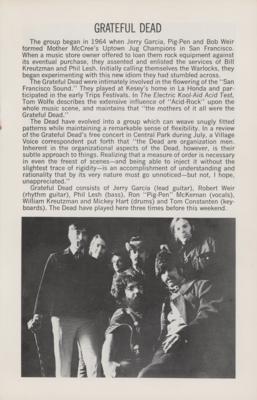 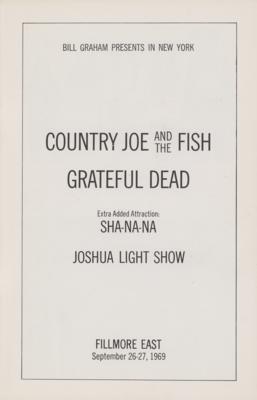 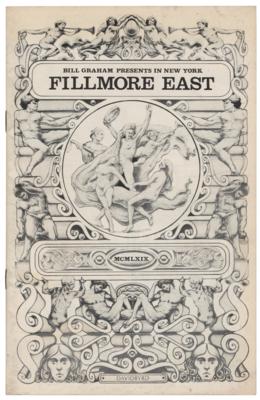 Concert program for a Grateful Dead concert at the Fillmore East, New York, on September 26-27, 1969, 5.5 x 8.5, which lists Country Joe as the headliner and Sha-Na-Na as support. Iron Butterfly and Porter’s Popular Preachers as the other performing acts. The program features images and short biographies of the bands and is like a time capsule of the 1960s, filled with numerous period advertisements. Also includes a “Bill Graham Presents in New York” schedule for October that lists The Who, The Kinks, Vanilla Fudge, Chuck Berry, anf John Mayall. In fine condition.