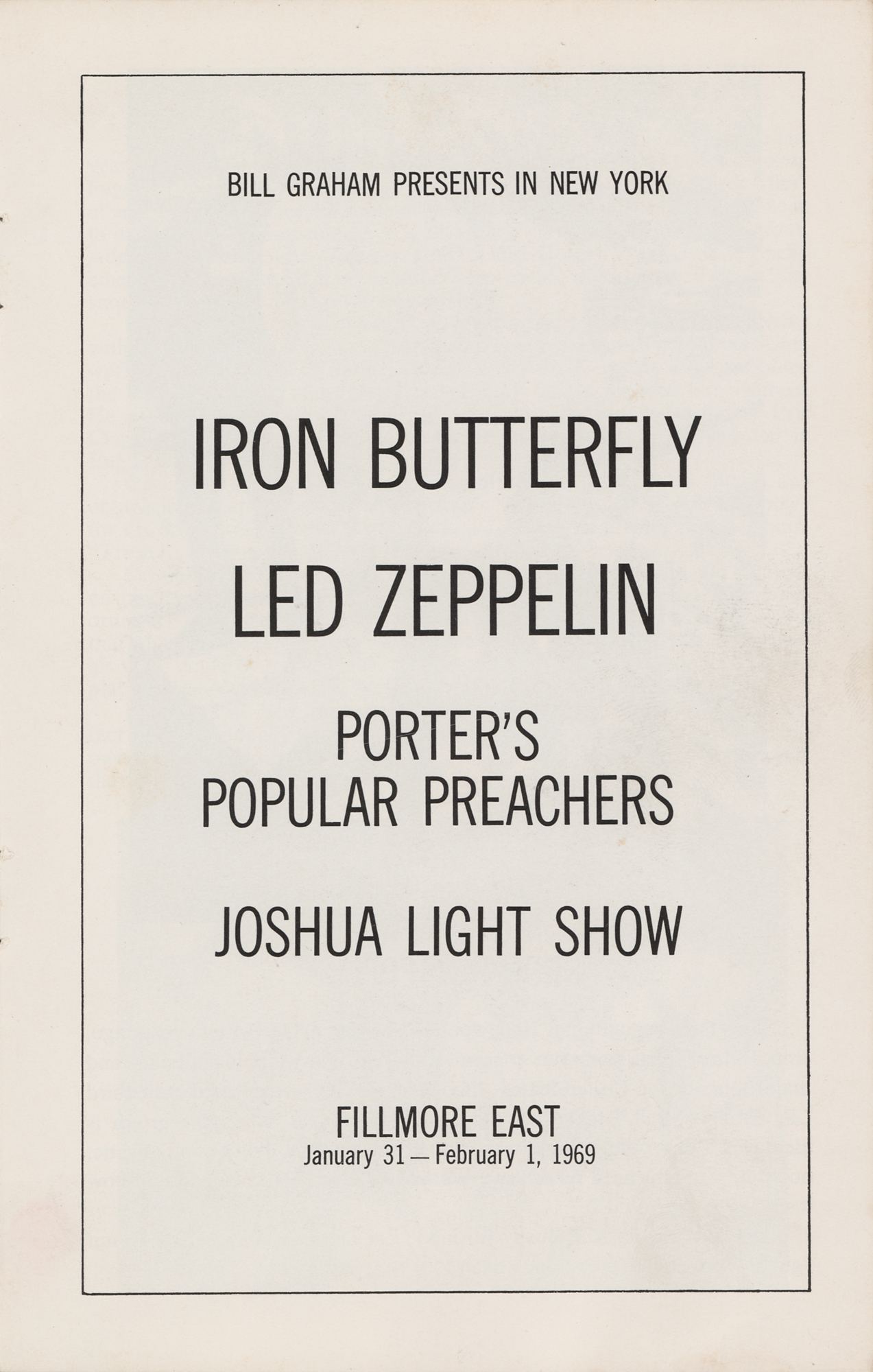 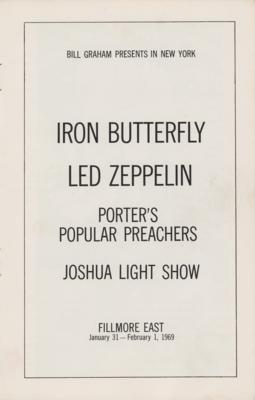 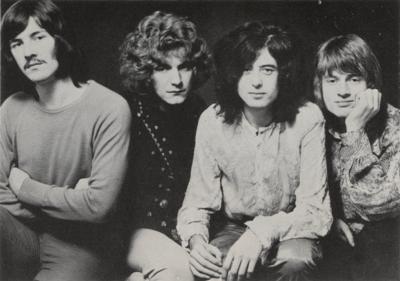 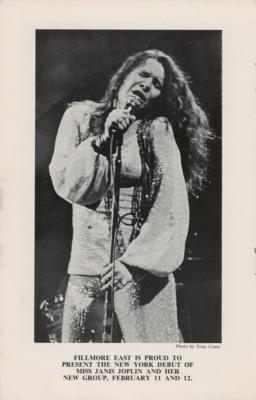 Concert program for Led Zeppelin's New York City debut as an opener for Iron Butterfly at the Fillmore East, New York, on January 31-February 1, 1969, 5.5 x 8.5, which also lists Porter’s Popular Preachers as the other performing act. The program features full-page biographies and images for Led Zeppelin and Iron Butterfly, as well as a full-page image of Janis Joplin advertising an upcoming performance. Also includes a “Bill Graham Presents in New York” schedule for February and March that lists Joplin, the Grateful Dead, Canned Heat, the Mothers of Invention, Ten Years After, John Mayall, and the Jeff Beck Group. In fine condition, with light handling wear.