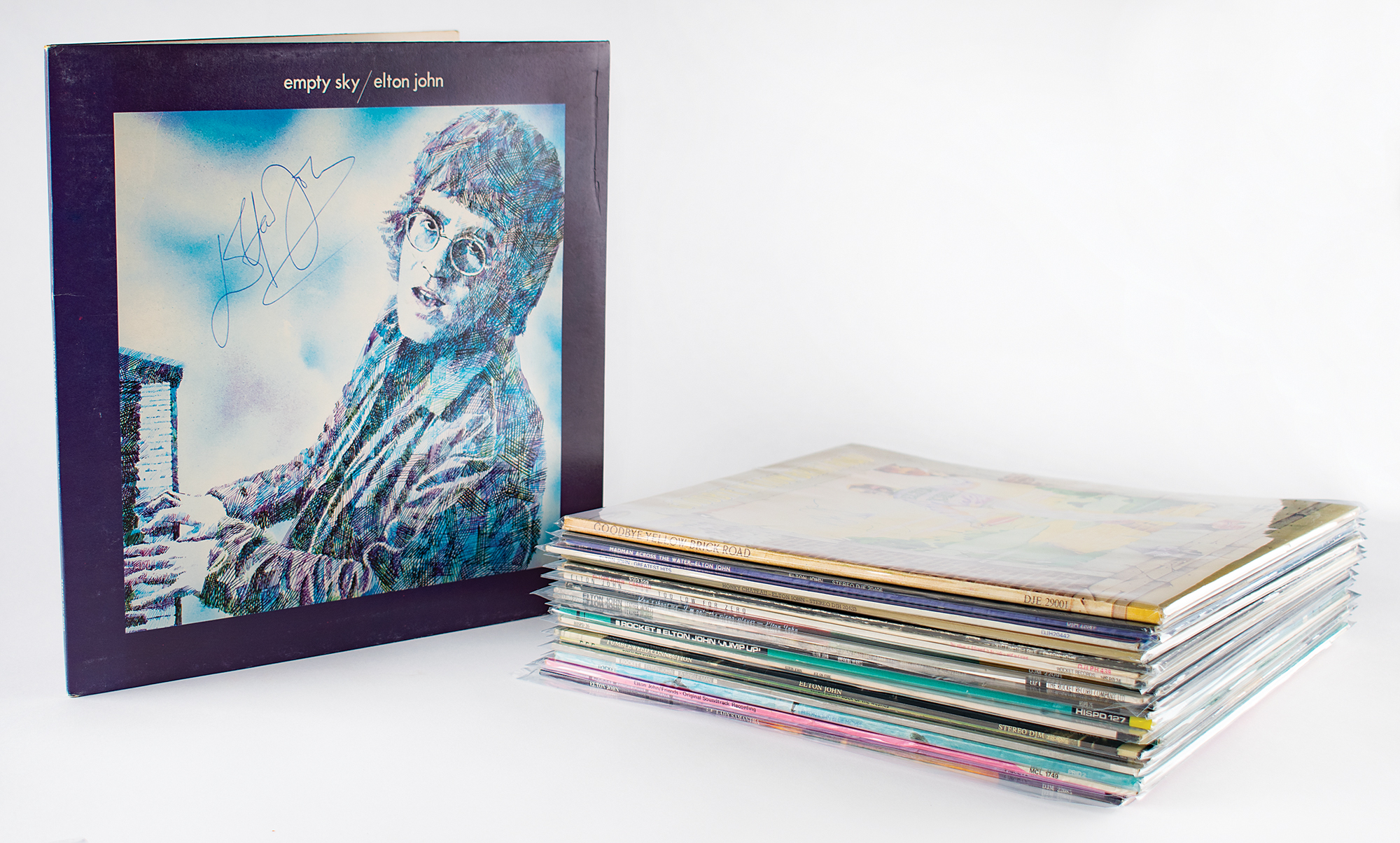 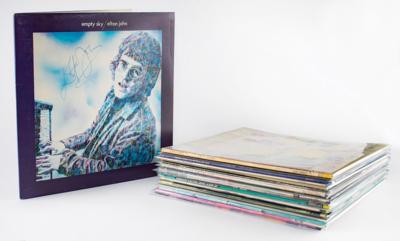 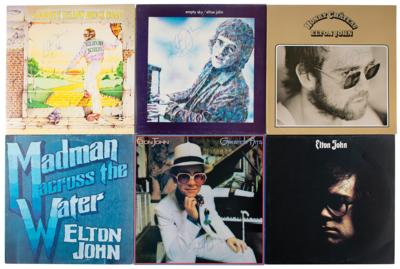 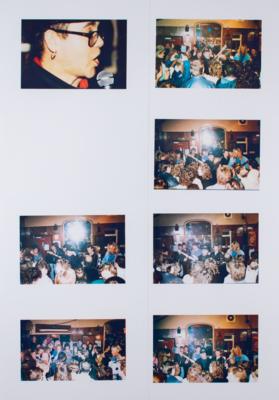 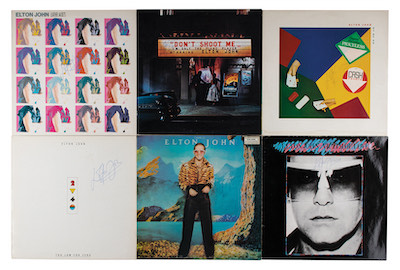 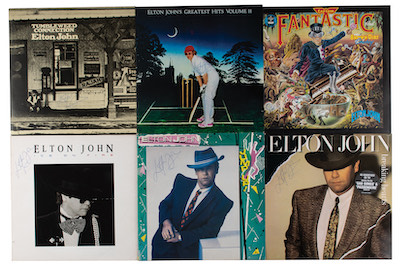 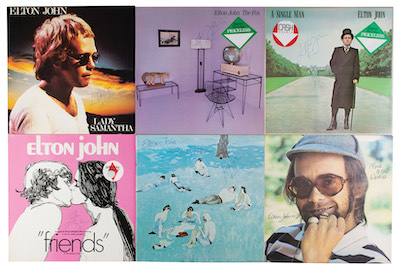 Marvelous collection of 24 albums by Elton John, consisting of his first 21 studio albums and first three compilation albums, all of which have been signed on the front cover in blue ballpoint by the award-winning musician. All of the records are included. The album titles, in chronological order, are as follow: Empty Sky; Elton John; Tumbleweed Connection; Madman Across the Water; Friends soundtrack; Honkey Chateau; Don’t’ Shoot Me I’m Only the Piano Player; Goodbye Yellow Brick Road; Caribou; Greatest Hits; Captain Fantastic and the Brown Dirt Cowboy; Rock of the Westies; Blue Moves; Greatest Hits Volume II; A Single Man; Victim of Love; 21 at 33; Lady Samantha; The Fox; Jump Up!; Two Low for Zero; Breaking Hearts; Ice On Fire; and Leather Jackets. In overall fine condition.

Accompanied by a certificate of authenticity from Tracks, and by a detailed letter of provenance from the son of the original recipients, owners of the Robin Hood Pub in Hackney, which served as the venue for an impromptu Elton John concert in the fall of 1987; a group of 17 images taken from that night’s performance are also included.

The provenance letter, which explains the incredible circumstances behind the signed albums, in part: “In the Autumn of 1987, Elton John sang an impromptu gig at my parents’ pub, the Robin Hood in Hackney. My parents passed recently and they forever spoke about that evening. I was at boarding school at the time. Elton John had finished a recording session for the day and he then asked his band mates, Alan Carvell and John Carr, what they were up to that evening. They told him they were playing a gig at a pub, Elton said he would come along and watch them.

My dad opened the pub as normal and in walks Elton dressed in civvies, with his bodyguard. Throughout the night, the bodyguard referred to him as 'Mr Elton.’ As word got about that he was in the pub, people started flocking in to see him. The band set up as normal and started playing a few tracks. Legend has it, a lad tried to persuade Elton to sing, eventually he relented and so began the secret Elton John gig. He played a lot of the classics. Elton tried the pub piano but it was very out of tune, instead opting for the stage, a simple raised platform of bottle crates covered in carpet.

The pub was rammed, the bar was non stop and apparently the phone wouldn't stop ringing, people were queuing to use the payphone and were even stood in the garden listening. At the end Elton posed for some photographs and spoke to mum and dad for a while. All my mum could muster was 'Thank you for coming!'…

That night was one of my parents’ most treasured memories. My parents made a significant donation to charity from the profits made that evening. Elton sent as a gift his back catalogue of albums, he signed each one of them."