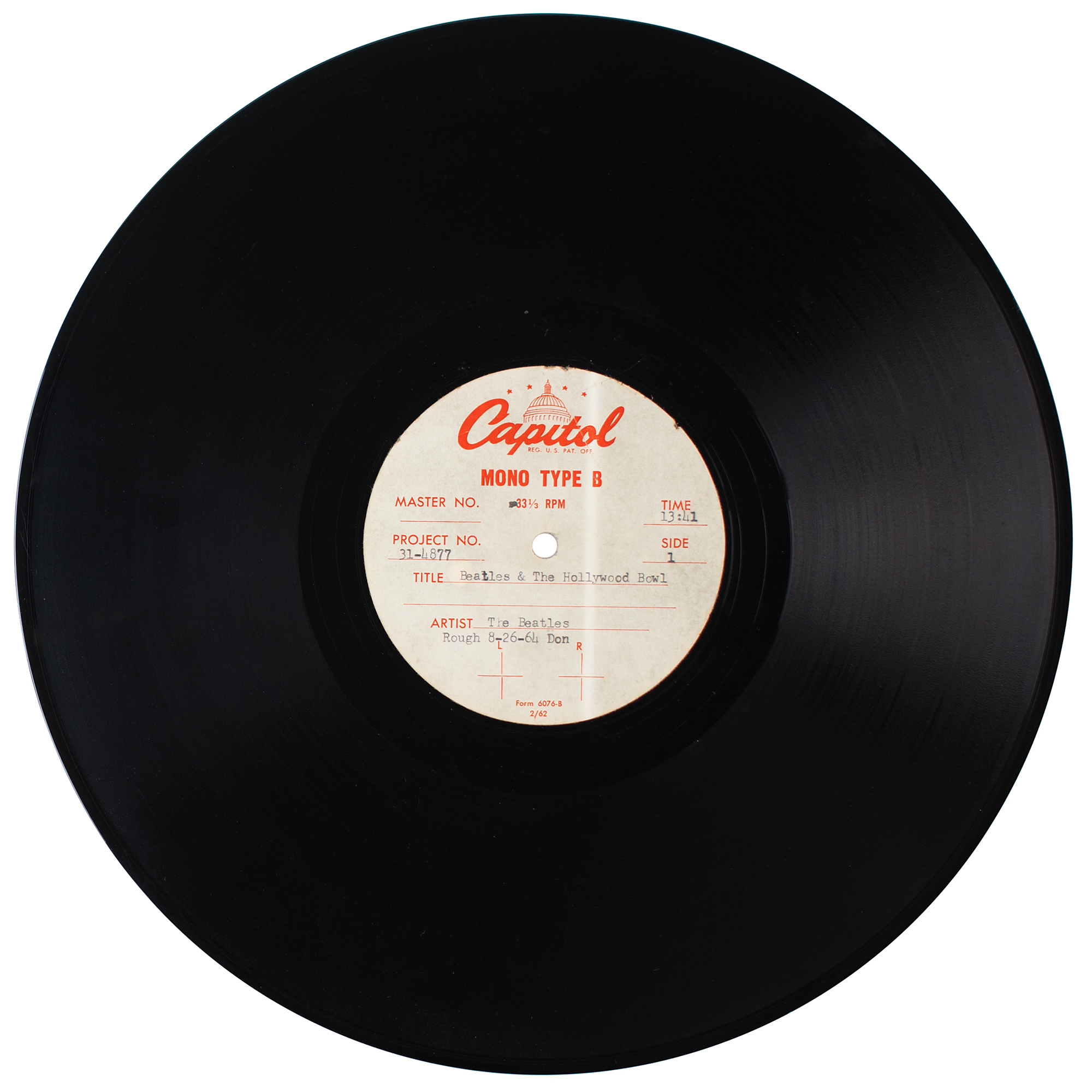 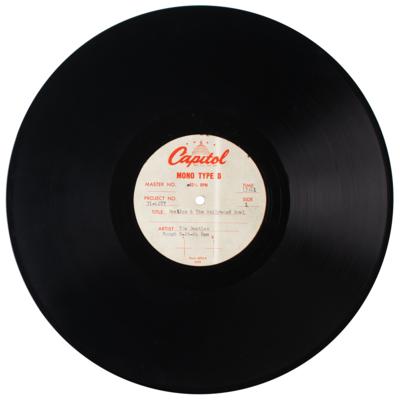 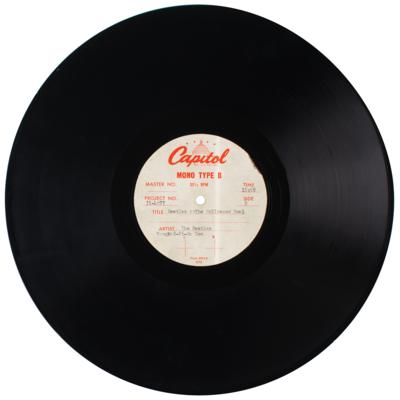 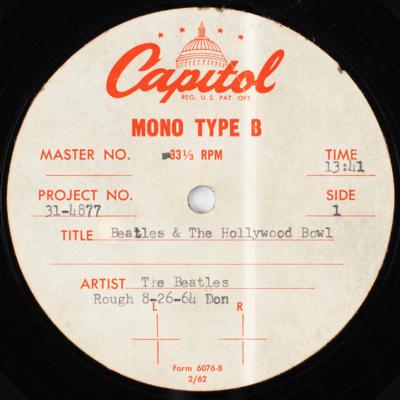 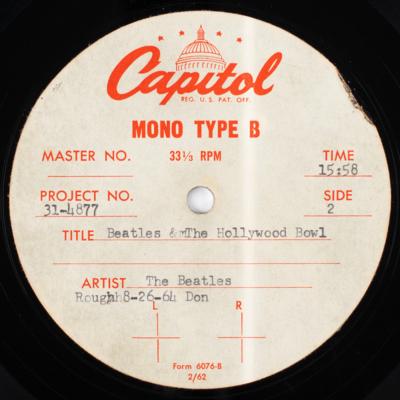 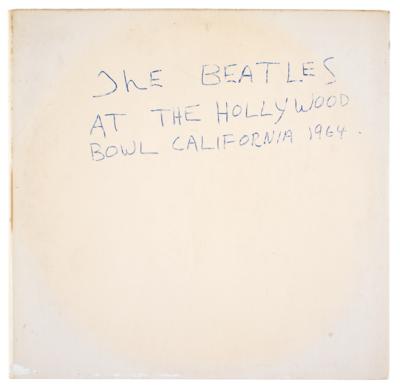 Exceedingly rare double-sided mono Capitol Records 33 1/3 RPM acetate of the complete Beatles ‘Live at the Hollywood Bowl’ concert. Both labels are marked “Title, Beatles & The Hollywood Bowl,” “Artist, The Beatles,” and “Project No. 31-4877,” with respective running times of “Time, 13:41, Side 1” and “Time, 15:58, Side 2.” The section marked “Rough 8-26-64 Don,” indicates that the acetate was cut directly from the reel-to-reel tape on August 26, 1964, just three days after the concert was recorded. The acetate features the full 29-minute concert with a total of 12 tracks and all on -stage comments from the Beatles. The contents of the record: ‘Twist and Shout,’ ‘You Can’t Do That,’ ‘All My Loving,’ ‘She Loves You,’ ‘Things We Said Today,’ ‘Roll Over Beethoven,’ ‘Can’t Buy Me Love,’ ‘If I Fell,’ ‘I Want to Hold Your Hand,’ ‘Boys,’ ‘A Hard Day's Night,’ and ‘Long Tall Sally.’ Capitol gave the live recording a project number (“4877”) and the recording was mixed by Capitol producer Voyle Gilmore and balance engineer Hugh Davies. However, Brian Epstein, George Martin, and the Beatles were not fully satisfied with the results and the project was scrapped. Includes a white paper album sleeve marked “The Beatles at the Hollywood Bowl California 1964.” In very good condition, with some scratching to both sides of the vinyl, which, according to the consignor, play very well. Accompanied by a certificate of authenticity from Tracks.

When Capitol Records were unable to procure permission from the American Federation of Musicians to record a Beatles concert at Carnegie Hall, the choice was made to have the live album done at the famed Hollywood Bowl. On August 23, 1964, the Beatles took to the stage in front of a sold-out crowd and played, according to John Lennon, what was a very satisfying show: ‘The Hollywood Bowl was marvelous. It was the one we all enjoyed most…We got on, and it was a big stage, and it was great. We could be heard in a place like the Hollywood Bowl, even though the crowds was wild: good acoustics.’ In spite of the band’s enjoyment, the subsequent recording was deemed unworthy, with Martin explaining that ‘guitars and voices [were] mixed on the same track’ and that ‘the recording seemed to concentrate more on the wild screaming of 18,700 kids than on the Beatles on stage.’ Only three copies of the acetate are known to exist.