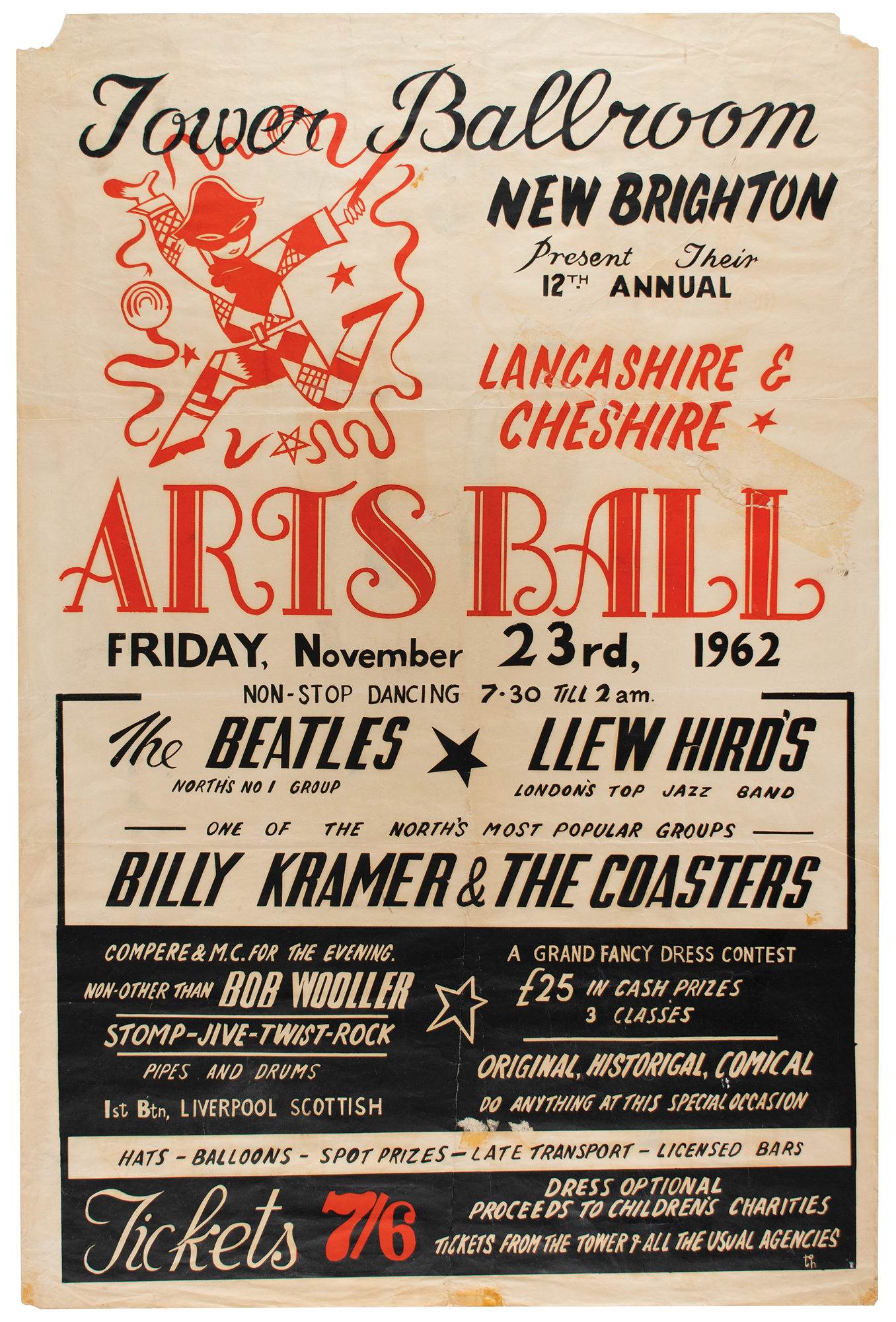 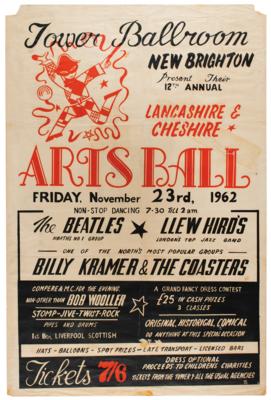 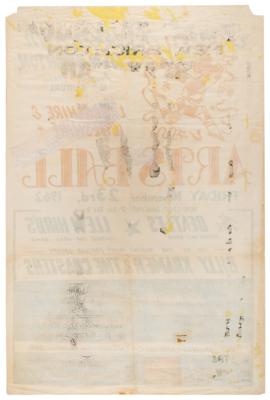 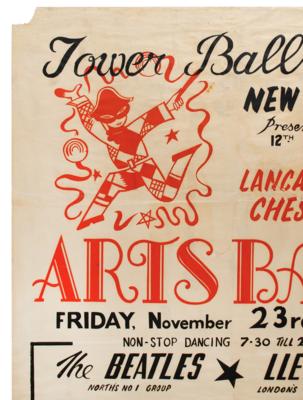 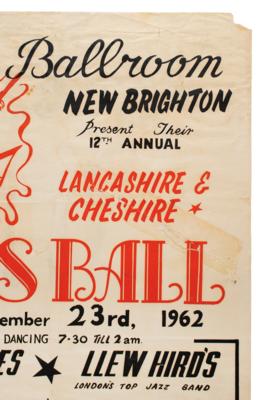 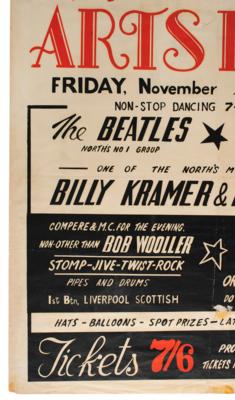 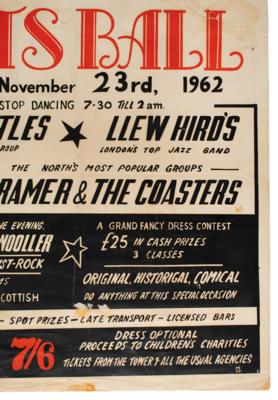 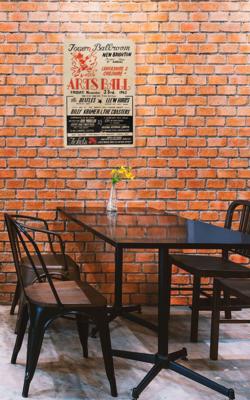 Exceedingly rare original color 20 x 30 concert poster for a Beatles performance at the 12th Annual Lancashire and Cheshire Arts Ball, an event held at the Tower Ballroom in New Brighton, Merseyside, England on November 23, 1962. The poster features a red leaping harlequin in the upper left, and lists the following musical acts: “The Beatles, North’s No. 1 Group,” “Llew Hird’s, London’s Top Jazz Band,” and “One of the North’s Most Popular Groups, Billy Kramer & the Coasters.” Rolled and in very good condition, with intersecting folds, creasing, and repaired tears. Accompanied by a certificate of authenticity from Tracks.

The Fab Four had a busy day on November 23, 1962, which began with the canceling of their normal lunchtime slot at the Cavern Club so they could drive to London to audition for BBC Television. Amusingly, the 10-minute try-out was not initiated by the Beatles or by Brian Epstein, but rather by Beatles fan David John Smith. The BBC, convinced that Smith was their manager, replied with an audition offer that Smith hastily forwarded to NEMS Enterprises. After the audition, which elicited a 'don't call us, we'll call you' reply, the Beatles raced back to Merseyside and the Tower Ballroom where they wowed the locals at the 12th Annual Arts Ball, just three days before recording ‘Please Please Me,’ the title track of their debut studio album. An amazing seldom-seen piece of Beatles history.