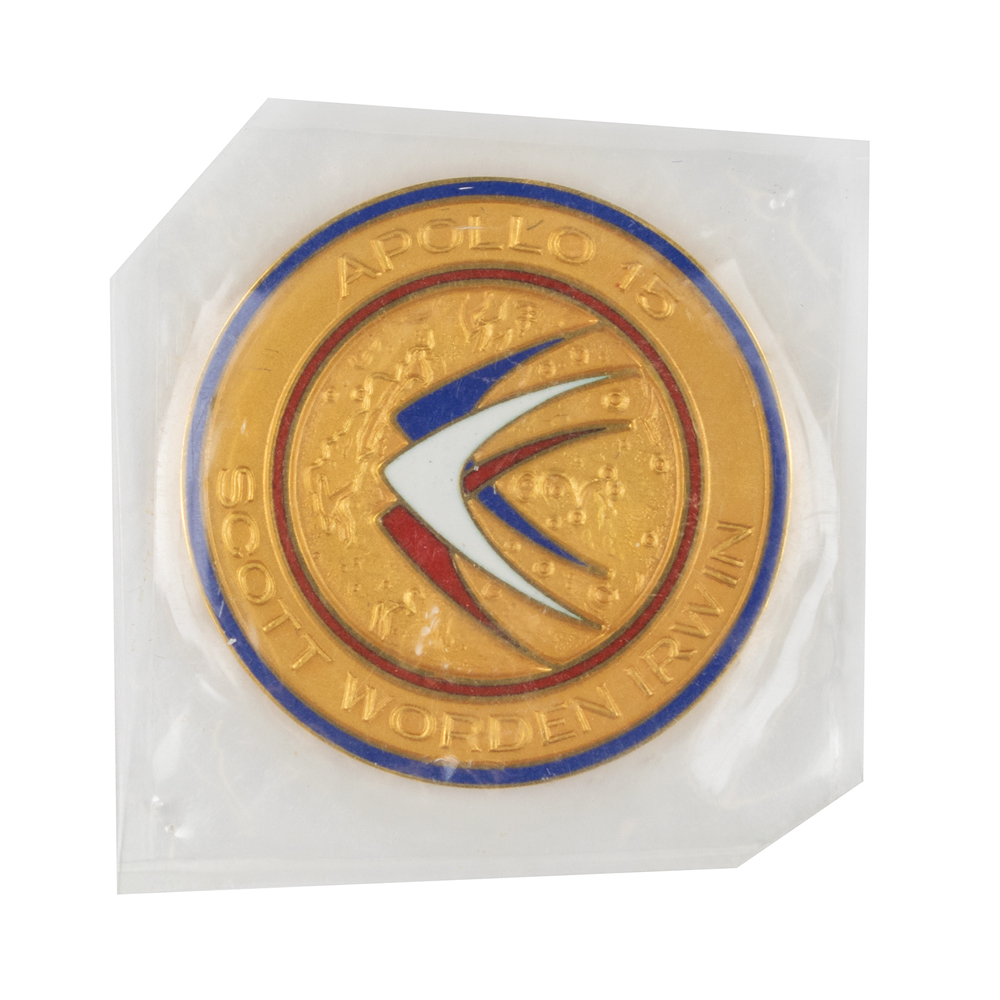 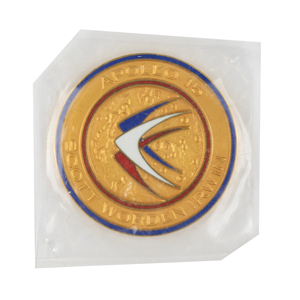 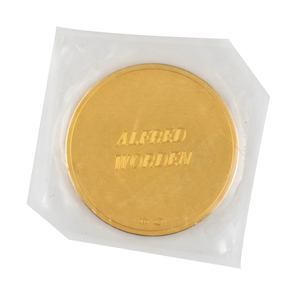 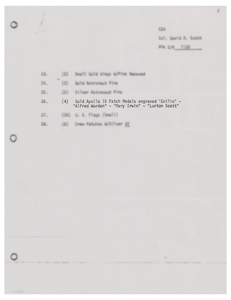 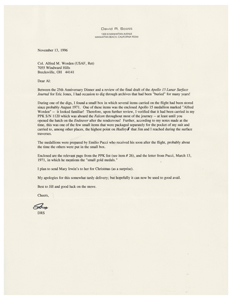 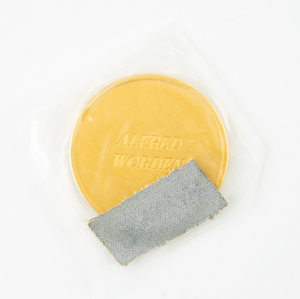 Al Worden's 18K gold medallion carried to the lunar surface on Apollo 15, approximately 32 mm, with an enameled design of the Apollo 15 mission insignia on the face, and the reverse simply engraved, "Alfred Worden." Reverse also bears hallmarks indicating it was minted in Firenze, Italy, of 18-karat gold. This exceedingly rare piece was one of four created and flown on the mission, and carried in Dave Scott's space suit pocket during his lunar EVAs. It is in its as-flown state, encapsulated in plastic.

Accompanied by a signed letter from Apollo 15 Commander Dave Scott to Al Worden, sending him the medallion in 1996: "Between the 25th Anniversary Dinner and a review of the final draft of the Apollo 15 Lunar Surface Journal…I had occasion to dig through archives that had been 'buried' for many years! During one of the digs, I found a small box in which several items carried on the flight had been stored since probably August 1971. One of these items was the enclosed Apollo 15 medallion marked 'Alfred Worden'—it looked familiar! Therefore, upon further review, I verified that it had been carried in my PPK S/N 1120 which was aboard the Falcon throughout most of the journey—at least until you opened the hatch on the Endeavour after the rendezvous! Further, according to my notes made at the time, this was one of the few small items that were packaged separately for the pocket of my suit and carried to, among other places, the highest point on Hadley that Jim and I reached during the surface traverses. The medallions were prepared by Emilio Pucci who received his soon after the flight, probably about the time the others were put in the small box." The enclosed photocopy of part of Scott's PPK list includes "(4) Gold Apollo 15 Patch Medals engraved 'Emilio' - 'Alfred Worden' - 'Mary Irwin' - 'Lurton Scott.'"

Created by Italian fashion designer Emilio Pucci, the Apollo 15 mission insignia features three stylized birds in red, white, and blue soaring over the Hadley-Apennine region of the lunar surface, representing the three astronauts and their USAF careers, as well as the landing site of Apollo 15. The name of the mission, "Apollo 15," and the astronauts' surnames, "Scott, Worden, Irwin," encircle the border. Of the four examples of this medallion carried to the moon, this is the only one intended to be an astronaut's keepsake—the others were for the wives of Scott and Irwin (Worden was recently divorced), and the last was presented to the designer. A stunningly beautiful lunar-flown piece, made even more interesting by its rediscovery 25 years after the mission.