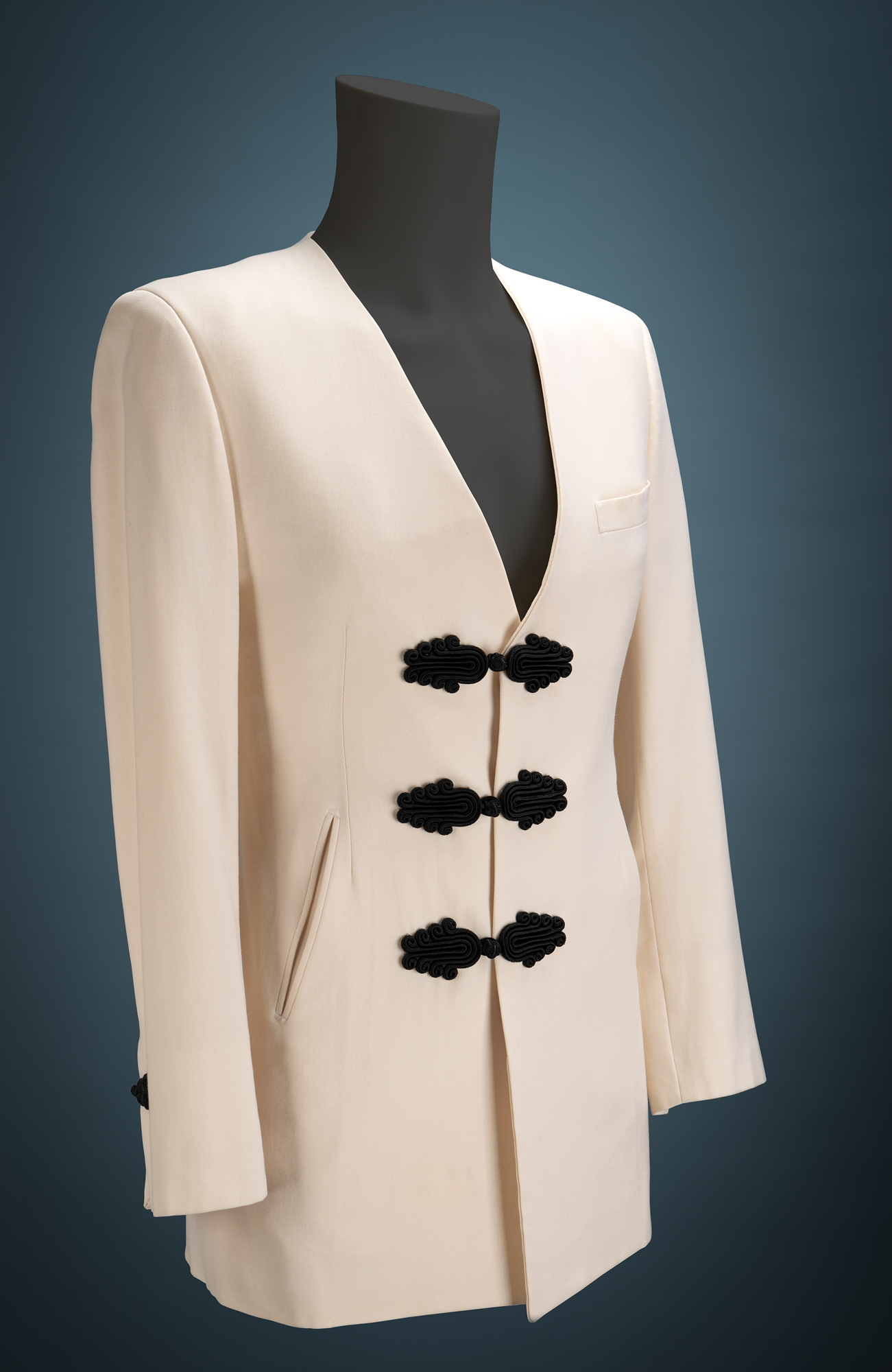 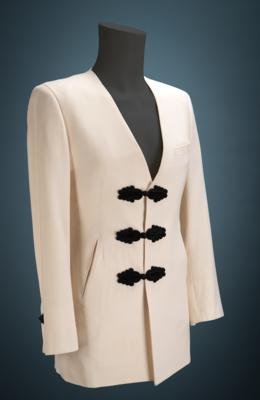 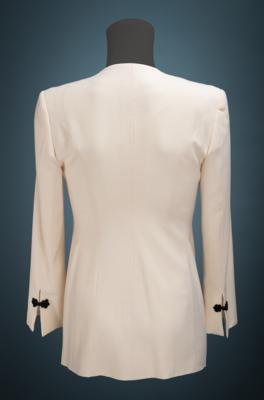 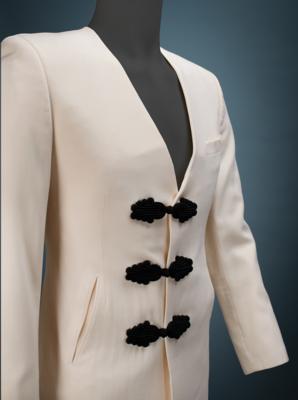 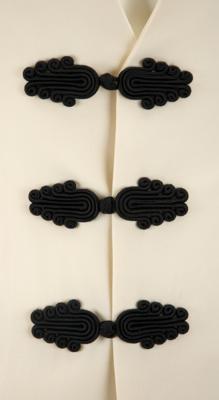 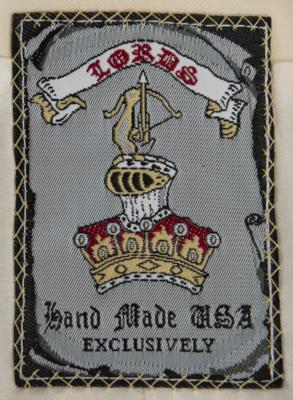 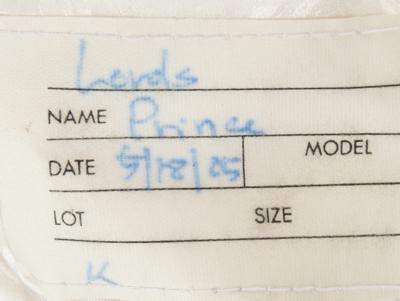 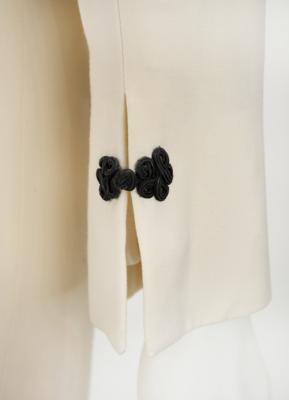 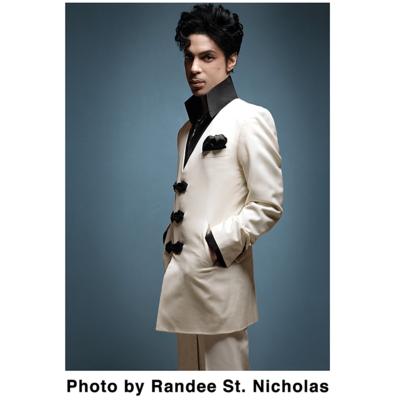 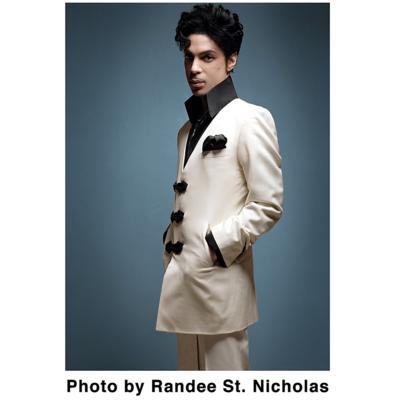 Prince's personally-owned handmade couture jacket worn in a photo shoot, crafted from cream-colored fabric with three pairs of ornate black corded rope clasps on the front, and matching rope links on the cuffs. Concealed in the placket are three white buttons, behind each set of clasps. The jacket has two jetted diagonal pockets, handkerchief pocket on left breast, and is lined in a fine paisley satin. The label sewn into the neck area reads: "Lords, Hand Made USA, Exclusively." The inner pocket has a tag annotated: "Lords, Name: Prince, Date: 5/18/05." In fine condition.

When Prince posed in this jacket in a shoot with photographer/filmmaker Randee St. Nicholas, he wore a high-collared black shirt and adorned the breast pocket with a black handkerchief—making for an edgy yet sophisticated look. Any piece from Prince's personal wardrobe is tremendously desirable, and that he chose to wear this jacket in a photo shoot makes it especially significant.

From the collection of singer-songwriter Susannah Melvoin, joint lead vocalist to the Prince produced beloved band The Family, singer on numerous historical Prince albums, and extended member of the Revolution during the Parade era, who shared a longterm working musical relationship with and was engaged to Prince during the 80s. Her twin sister, Wendy, was a member of Prince's band, The Revolution. Accompanied by a letter of provenance from Susannah Melvoin, describing how she acquired the jacket: "My sister wore this jacket many times which is how I ended up with it. Long story. Prince wanted her to wear it for a show at Hollywood Roosevelt Hotel in Los Angles in July 2007. He had two shows a night: one in the big entryway of the hotel and the other in a small club room. So Prince had Wendy wear it for those. Then a week later on July 7th, Prince played three shows in Minneapolis in one day—at Macy's, the Target Center, and First Ave—and Wendy performed with him there as well. After the Hollywood Roosevelt Hotel performances, Prince loved Wendy in his jacket so much he had her wear it again for the shows in MN. After the last show we were all together and went to give the jacket back. Prince said it looks clean on Wendy, and that she should have more made in lots of colors. I've had the jacket since."