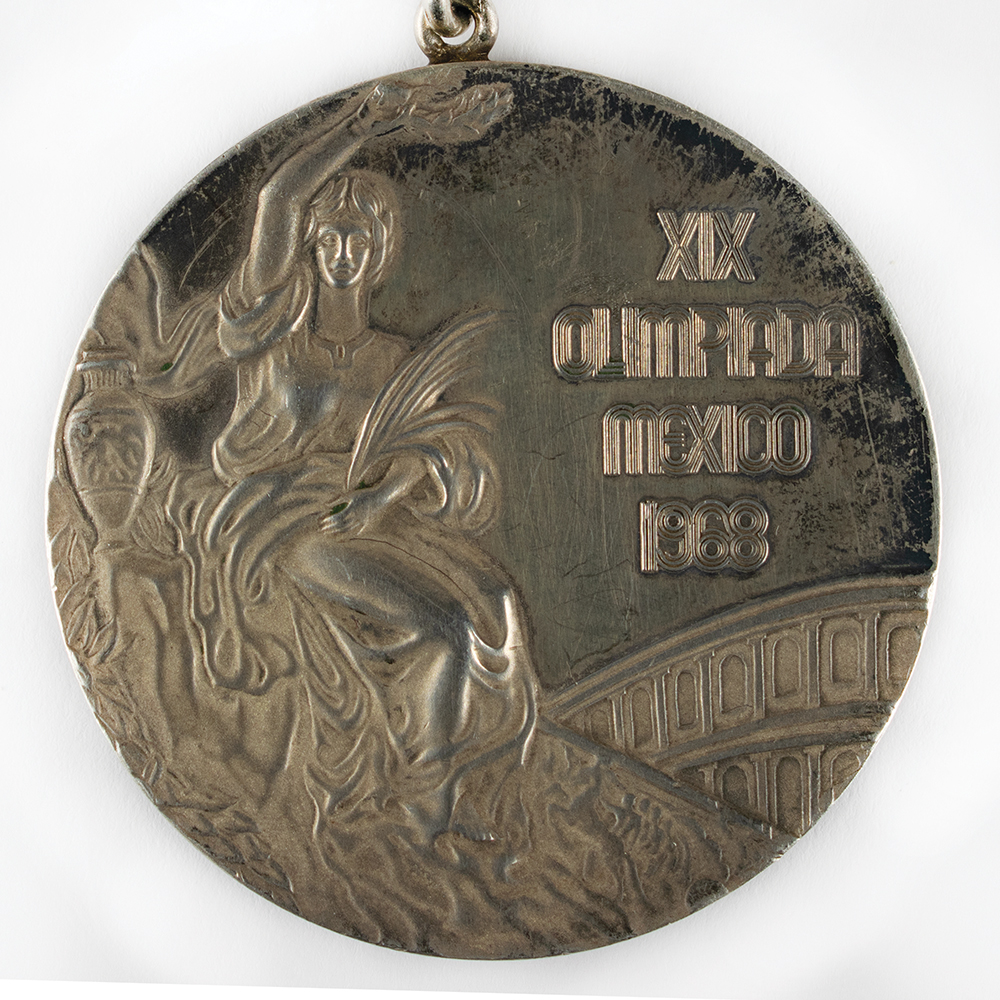 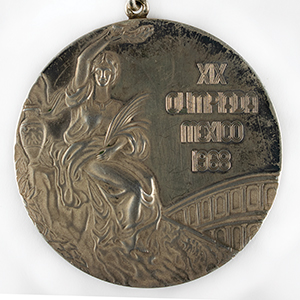 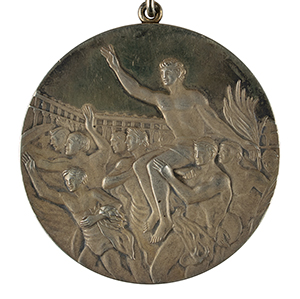 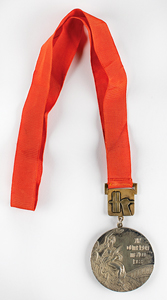 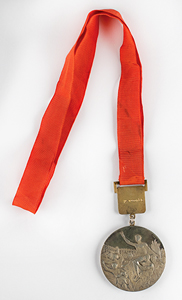 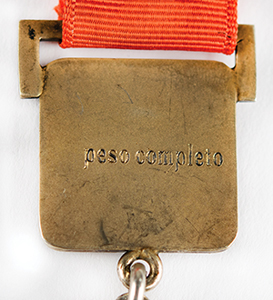 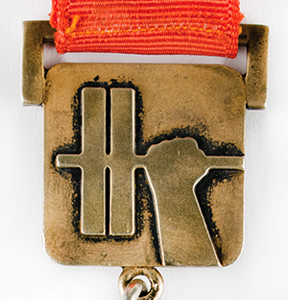 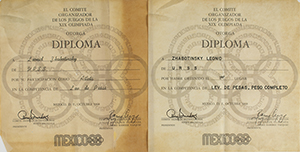 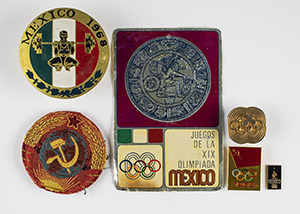 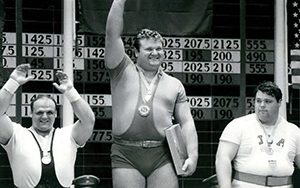 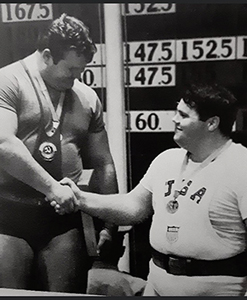 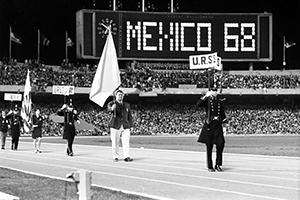 Winner's medal issued to Ukrainian weightlifter Leonid Zhabotinsky at the Mexico City 1968 Summer Olympics. Gilt silver, 60 mm, 125 gm, originally designed by Giuseppe Cassioli. The front is inscribed, "XIX Olimpiada Mexico 1968," and features a 'Seated Victory' with the Colosseum in the background; the reverse depicts a victorious athlete with palm branch being carried by several jubilant athletes. A small plaque attached to the top of the medal bears a pictogram of a hand lifting a weighted barbell, with the reverse marked, “Peso Completo,” or ‘heavy weight,’ and the plaque bearing the original orange ribbon. Mexico winner’s medals with their original pictogram plaque are quite uncommon, with this particularly attractive ‘weight-lifter’ example being in excellent condition.

Included with the medal: Zhabotinsky’s gold medal winner’s diploma and his participation diploma, both in Spanish, 12.25 x 12.25, which award him “for having obtained 1st place in the weight-lifting competition, full weight” and “for being an athlete in the weight-lifting competition”; his gold-tone participation pin, 31 mm x 31 mm, 13 gm, which features the Olympic rings with “68,” concentric lines, and flying dove, with reverse marked “Productos Victor, S.A.;” and the embroidered USSR patch that Zhabotinsky wore on his singlet when he was awarded his gold medal. Accompanied by two photos of Zhabotinsky wearing the patch at the winner’s podium.

In overall very good to fine condition, with notable loss to gilt on medal, and various wear to diplomas, such as folds, creases, and small tears.

Other Mexico City items from the personal estate of Zhabotinsky include: a gold-tone Team USSR pin, 25 mm x 38 mm, with red enamel flag of the Soviet Union above the Olympic rings and “1968”; a Mexico Games pin, 12 mm x 19 mm, with gilt torch design against a black enamel background, with the pin no longer present on reverse; a circular Mexico Games plaque, 76 mm, with image of a weightlifter against colors of the Mexican flag; and a sheet of Mexico Games stickers.

In an athletic event that featured the world’s biggest stars, weightlifter Leonid Zhabotinsky was larger than life. Four years after securing his first Olympic gold at the Tokyo 1964 Summer Olympics, Zhabotinsky soundly defended his position in Mexico City to become the first two-time Olympic champion in the men's heavyweight class. Prior to the victory, the 6-foot 3-inch and 365-pound Zhabotinsky stole the show when he marched in the opening parade: while all the other flag-bearers held their national banners with two hands, Zhabotinsky strolled ahead effortlessly, gripping the 40-pound Soviet banner with only one. So inspiring was the Soviet strongman to budding weightlifters and bodybuilders the world over, that as a young Austrian teenager Arnold Schwarzenegger kept a photograph of Zhabotinsky taped over his bed.