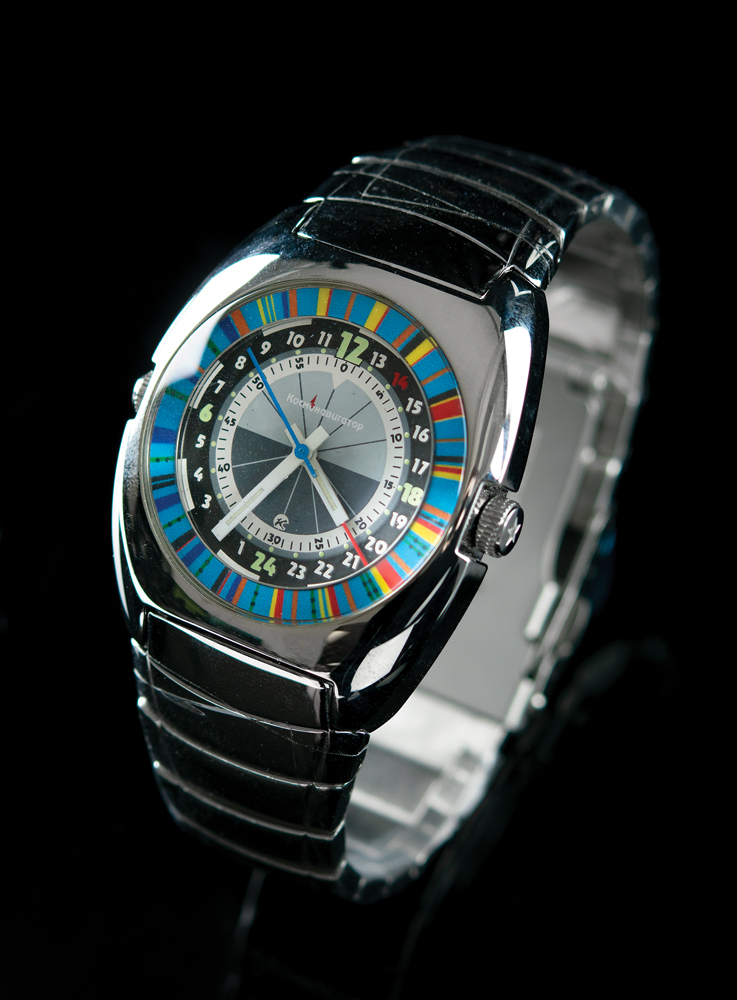 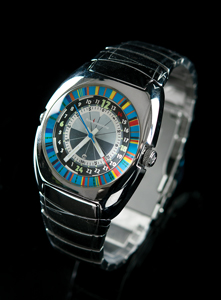 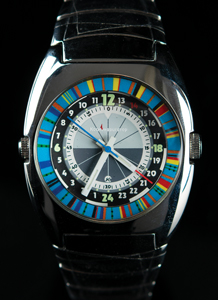 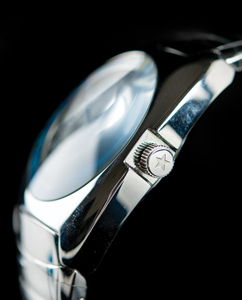 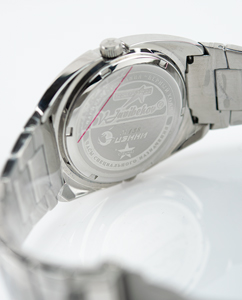 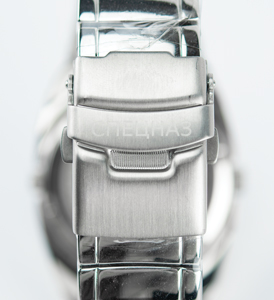 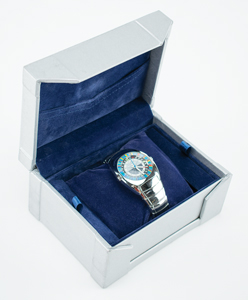 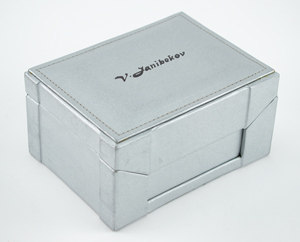 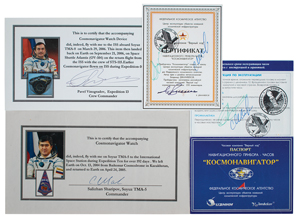 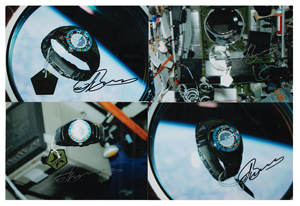 Designed by cosmonaut Vladimir A. Dzhanibekov, the Cosmonavigator watch was produced by Vostok specifically for use in space onboard spacecraft in low Earth orbit (LEO), such as Salyut, MIR, or the ISS. Produced in a limited series of 350 watches, this example is serial no. 138. Includes certificates of authenticity signed by Sharipov and Vinogradov; original Russian instruction booklet signed by Sharipov and Vinogradov, with in-flight stamps from Soyuz TMA-5 and the ISS; Federal Space Agency certificate signed by Sharipov, Vinogradov, and Dzhanibekov, with in-flight ISS stamp; four photos of the watch floating inside the ISS, all signed by Vinogradov; and the original box. In very fine condition.

The unusual color-coded 24-hour dial is designed to indicate the point on Earth that the spacecraft is flying over at that time: the blue segments represent oceans and seas, red is Europe and Russia, black is Africa, yellow is Asia, purple is North America, brown is South America, and green is Australia. It boasts a hand-wound Precision 2423 caliber movement with an energy reserve of 38 hours, 42 mm stainless steel case, mineral crystal, and stainless steel bracelet. A rare and superb space-flown timepiece.