The perilous test ride of the Fram III, drawn by German bobsledder Max Ludwig days before his bronze medal win 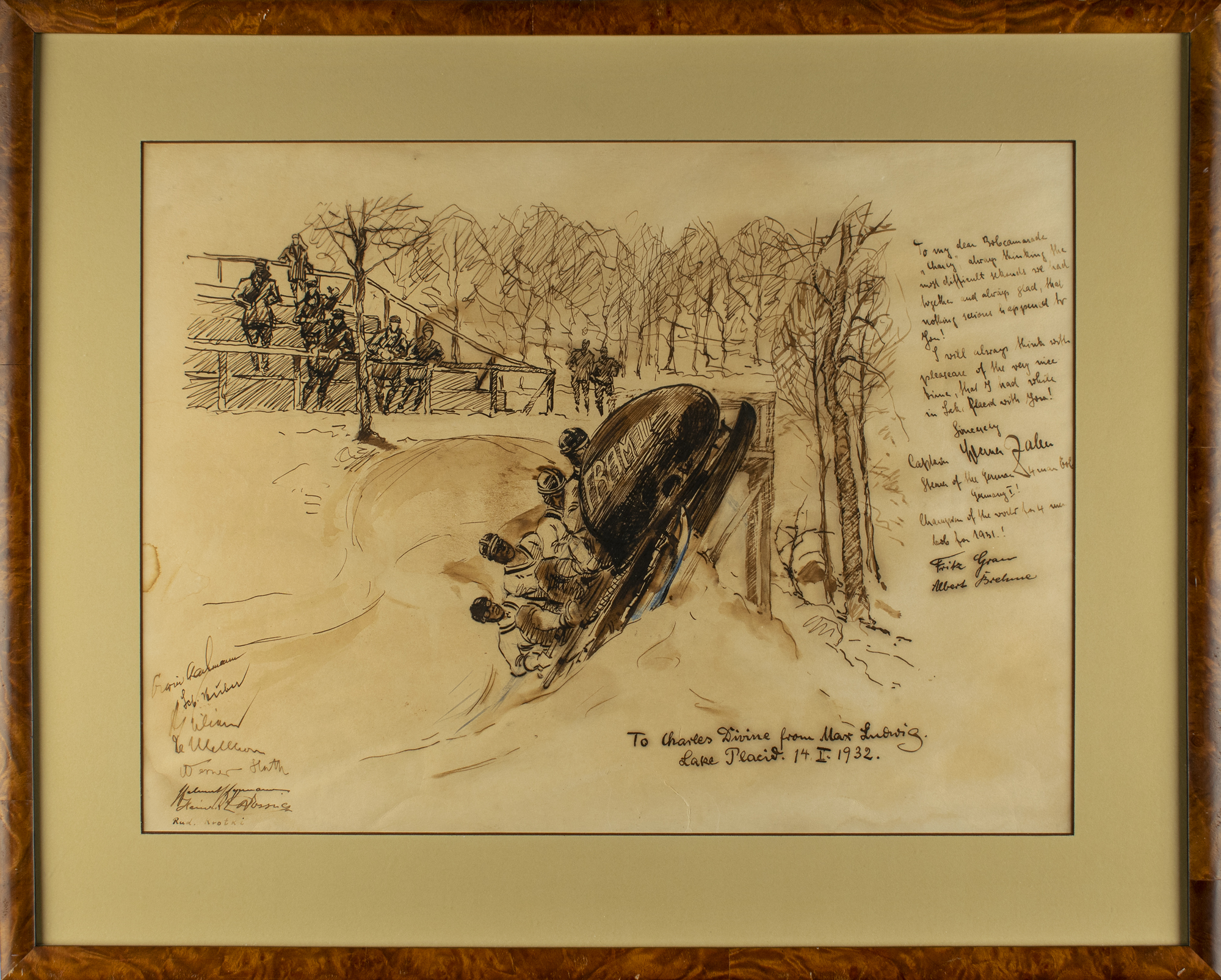 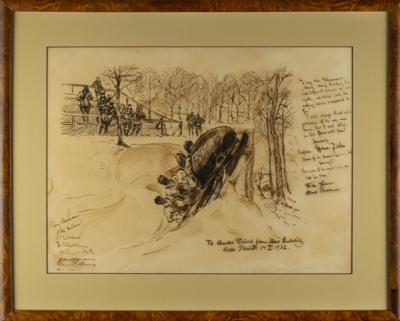 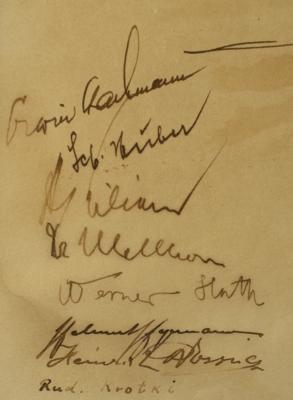 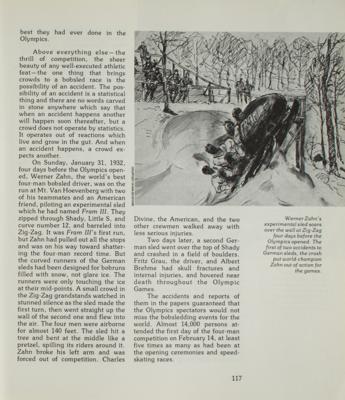 The perilous test ride of the Fram III, drawn by German bobsledder Max Ludwig days before his bronze medal win

Magnificent original sketch by German bobsledder Max Ludwig, drawn three days before he and his team won a bronze medal in the four-man bobsleigh event at the Lake Placid 1932 Winter Olympics. Accomplished in black and blue ink on an off-white 19.5 x 14.5 sheet of artist paper, the drawing depicts the harrowing moment that Germany’s experimental sled, Fram III, flew over the icy Mt. Van Hoevenberg course wall during a preliminary run on January 31, 1932, just four days before the Winter Olympics opening. The sketch is signed and inscribed below by Ludwig to the sled’s fourth rider, “To Charles Divine from Max Ludwig, Lake Placid. 14. II. 1932.”

Additionally, the drawing is signed by the entire German bobsleigh team from the 1932 Winter Games, which includes Hanns Kilian, Hans Mehlhorn, Sebastian Huber, Fritz Grau, Albert Brehme, Rudolf Krotki, Helmut Hopmann, Werner Huth, and two others, as well as German captain and bobsleigh legend Werner Zahn, who designed, built, and later served as the driver of the Fram III on that fateful day. Zahn writes along the right side (spelling retained): “To my dear Bob camarade ‘Charly,’ always thinking the most difficult sekonds we had together and always glad that nothing serious happened to you! I will always think with pleasure of the very nice time that I had while in Lake Placid with you! Sincerely, Captain Werner Zahn, Steerer of the German 4 man bob, Germany I! Champion of the world for 4 men bob for 1931!” Handsomely matted and framed to an overall size of 25.5 x 20.75.

In very good to fine condition, with light rippling, a few small creases, and a stain to the left edge. Accompanied by a limited first edition of the book, Lake Placid: The Olympic Years, 1932-1980, numbered 1217/3000, signed on the colophon in black ink by authors George and Stephen Ortloff. Ludwig’s drawing is pictured on page 117, which features a riveting account of the bobsleigh accident: ‘On Sunday, January 31, 1932, four days before the Olympics opened, Werner Zahn, the world’s best four-man bobsled driver, was on the run at Mt. Van Hoevenberg with two of his teammates and an American friend, piloting an experimental sled which he had named Fram III. They zipped through Shady, Little S, and curve number 12, and barreled into Zig-Zag. It was Fram III’s first run, but Zahn had pulled out all the stops and was on his way toward shattering the four-man record time. But the curved runners of the German sleds had been designed for bobruns filled with snow, not glare ice. The runners were only touching the ice at their mid-points. A small crowd in the Zig-Zag grandstands watched in stunned silence as the sled made the first turn, then went straight up the wall of the second one and flew into the air. The four men were airborne for almost 140 feet. The sled hit a tree and bent like a pretzel, spilling its riders around it. Zahn broke his left arm and was forced out of competition. Charles Divine, the American, and the two other crewmen walked away with less serious injuries.'