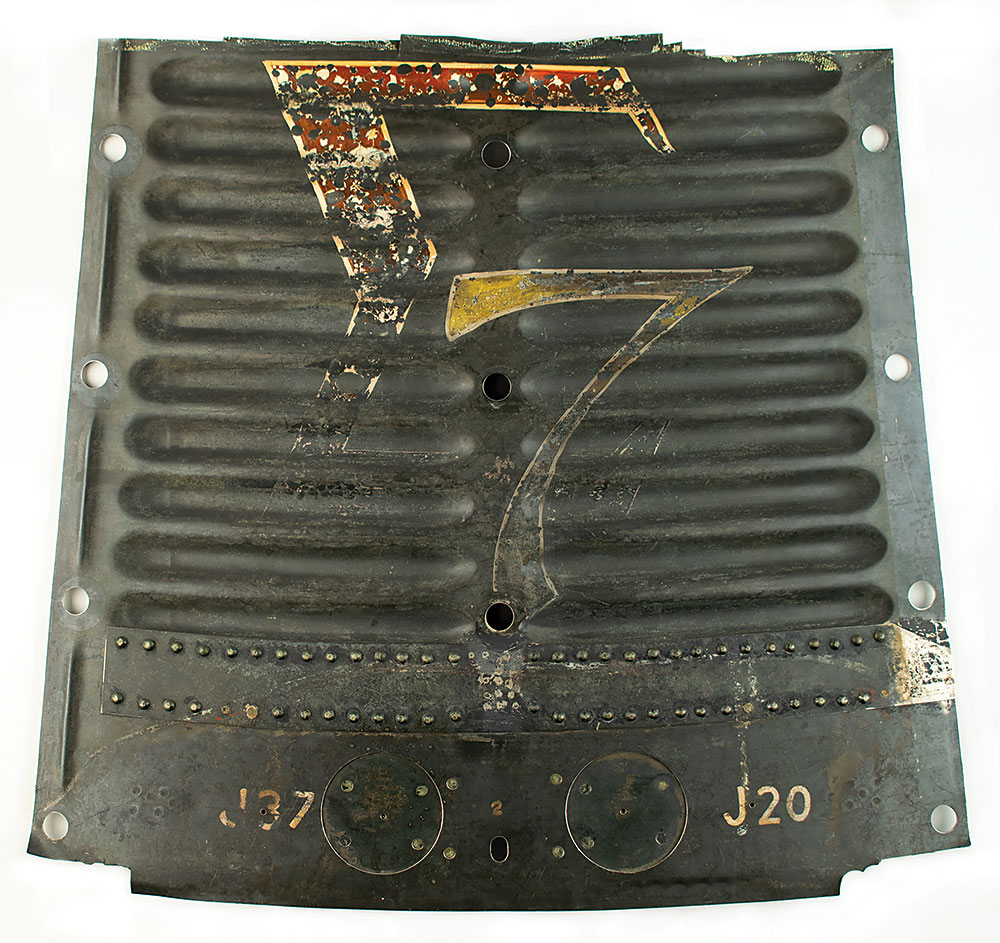 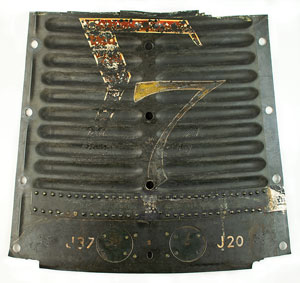 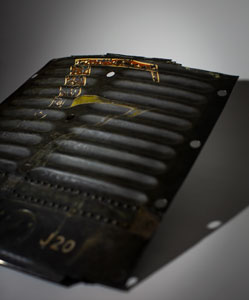 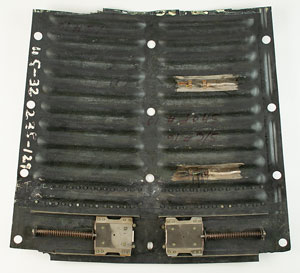 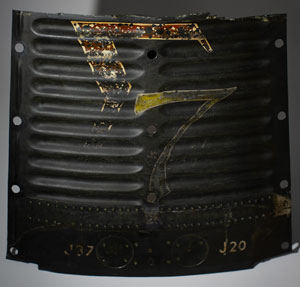 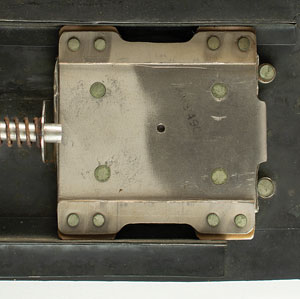 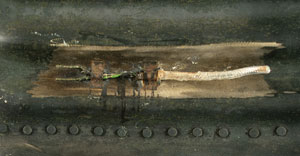 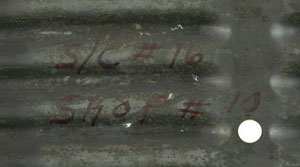 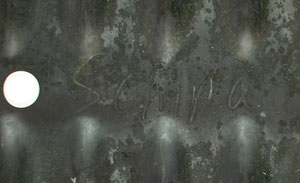 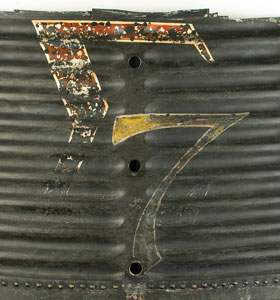 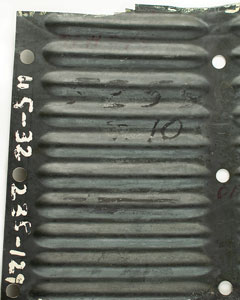 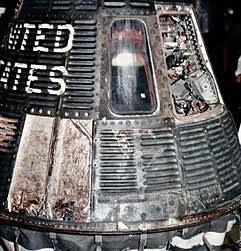 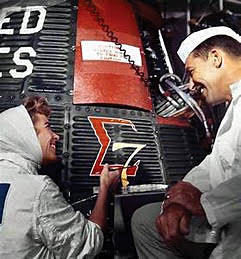 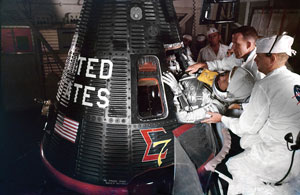 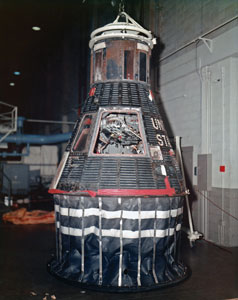 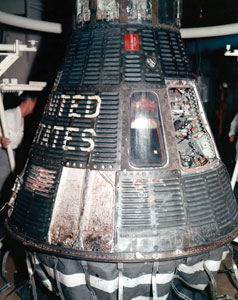 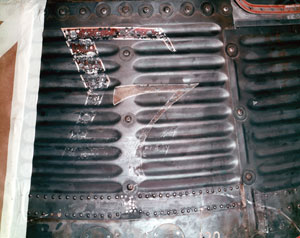 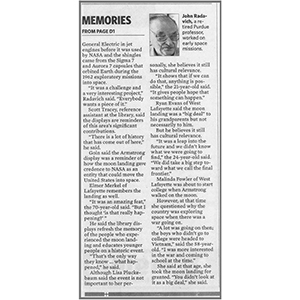 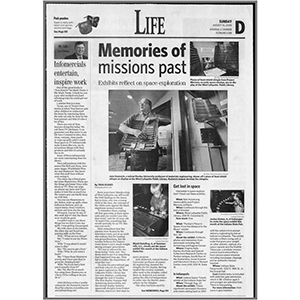 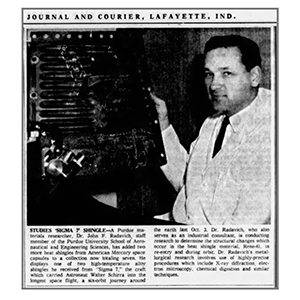 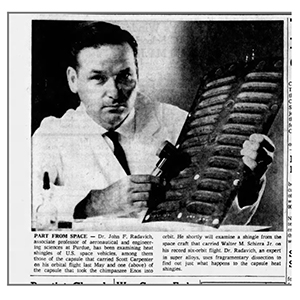 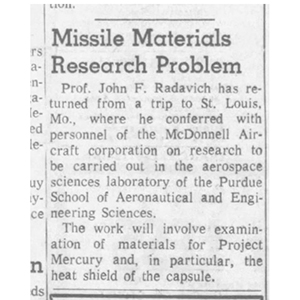 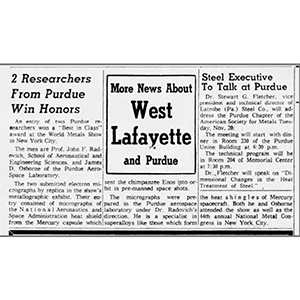 Historic, one-of-a-kind flown shingle from the Mercury-Atlas 8 Sigma 7 spacecraft that carried astronaut Wally Schirra around the Earth six times on October 3, 1962, famously painted with the mission emblem by Cece Bibby. The shingle measures 20″ x 18″, and features the burnt remnants of Bibby's painting of the 'Sigma 7' emblem in red, white, and yellow, along with the correct "J37" and "J20" port markings at the bottom. The burn patterns affecting the painting, along with its orientation as compared to bolt holes and the shingle's ribbed exterior, clearly match the pre- and post-flight photographs of the Sigma 7 capsule: there is no doubt that this is the flown panel. The back of the panel is marked along the edge in white paint, "45-32 235-129," and marked in black ink, "S/C #16, Shop #10." Also attached to the reverse are segments of the thermocouple probes. The panel has several cuts along the top edge, where material was removed for analysis.

On December 9, 1962, the Terre Haute Tribune featured an image of Dr. Radavich posing with this shingle, captioned: 'Sigma 7 Shingle Studied by Scientist—One of two high-temperature alloy shingles from U.S. astronaut Walter Schirra's Sigma 7 space capsule being studied to determine structural changes during orbit and re-entry is displayed by Dr. John F. Radavich, Purdue University materials researcher, in LaFayette, Ind.' Contemporaneous evidence exists indicating that NASA did not anticipate return of the transferred shingle given the expectation that the Sigma 7 shingle, and others similarly allocated to Dr. Radavich, were to be destructively evaluated—the 'fragmentary dissection' performed by Dr. Radavich is evident on this panel today.

This shingle is of particular importance, as it boasts the original hand-painted 'Sigma 7' insignia by Cece Bibby. In 1959, Bibby was hired by Chrysler Aerospace and soon began work as a contract artist for NASA, her workspace located just across the street from the astronaut office. Not a fan of the stencil designs on the Freedom 7 and Liberty Bell 7, John Glenn recruited Bibby in 1962 to design and paint by hand the emblem for his Friendship 7 spacecraft. In addition to Glenn, Bibby went on to create the designs for Scott Carpenter's Aurora 7 and Wally Schirra's Sigma 7 capsules, subsequently becoming the first and only woman to ascend the Mercury launch gantry and go inside the ‘white room’ that surrounded the vehicle. The Sigma 7 emblem was the third and final logo created by her for the Mercury program.