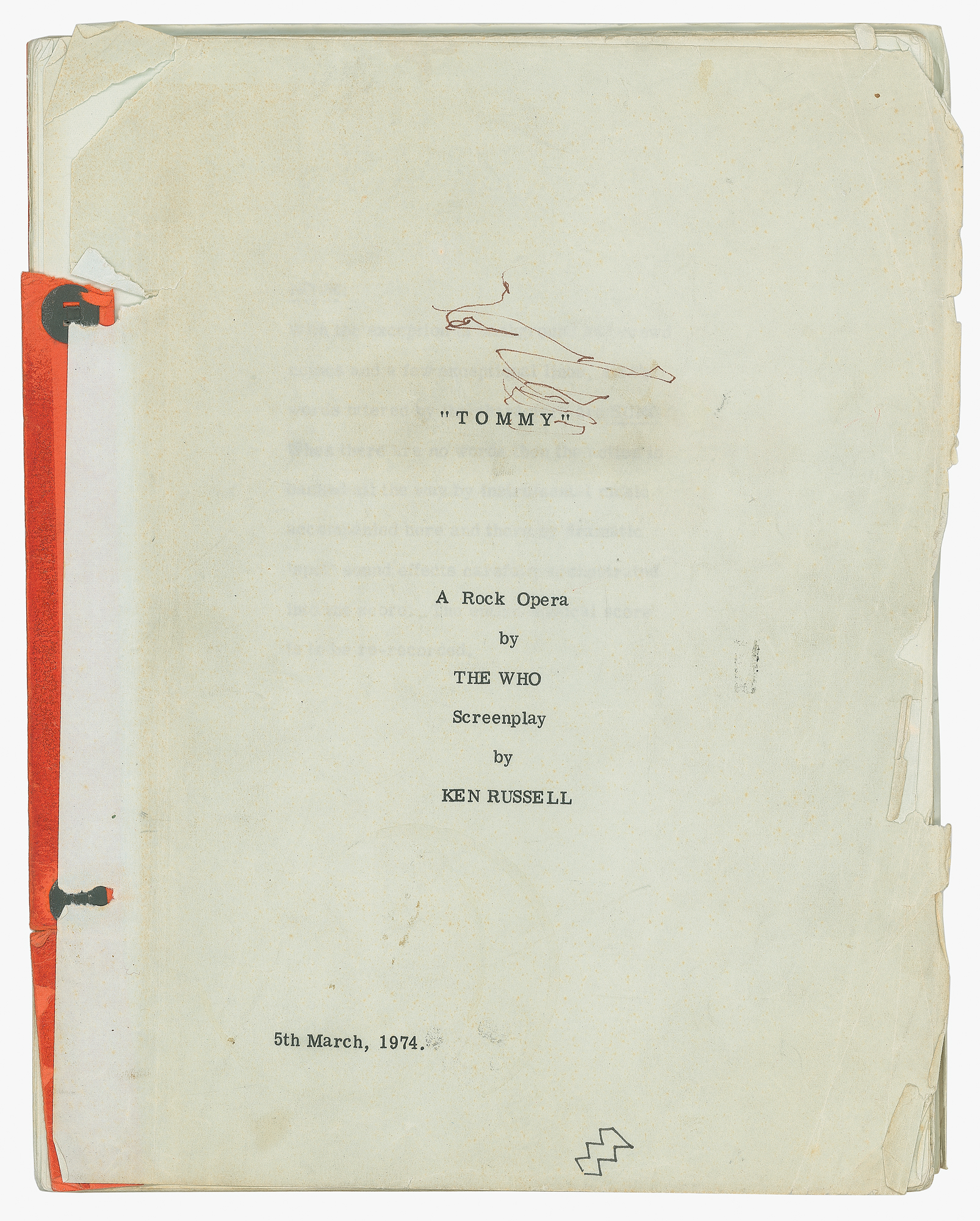 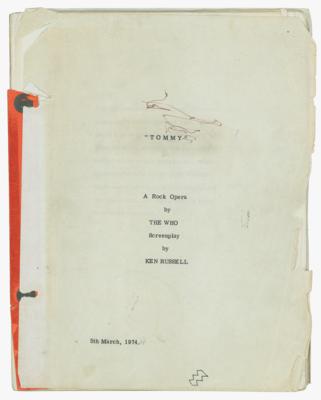 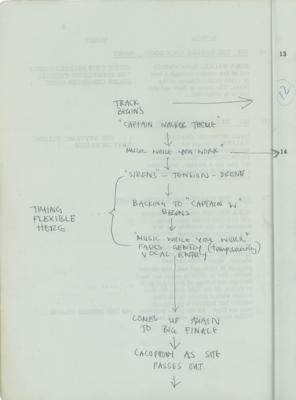 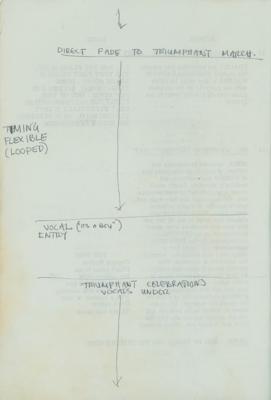 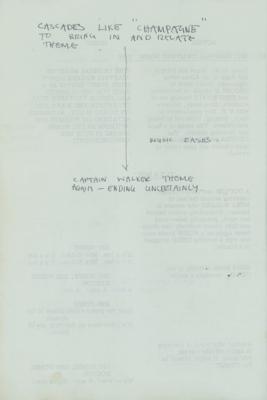 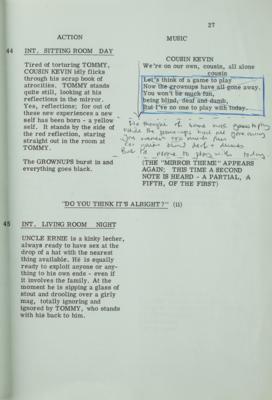 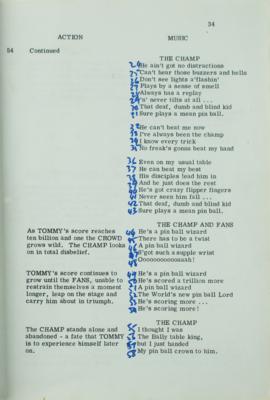 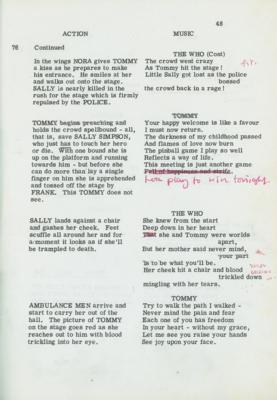 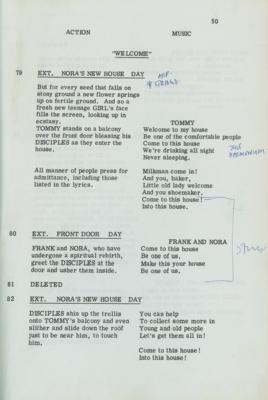 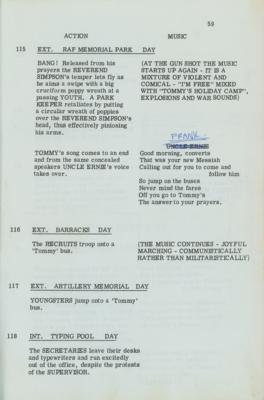 Screenplay by Ken Russell for Tommy: A Rock Opera by The Who, 8.5 x 11, 65 pages, March 5, 1974, with handwritten annotations inside by Pete Townshend. Changing the lyrics to 'Cousin Kevin,' Townshend crosses out five lines and writes: "We thought of some nice games to play / While the grown-ups had all gone away / You weren't too much fun / Cos you're blind deaf + dumb / But I'd no one to play with today." In the song 'Sally Simpson,' Townshend deletes the line "Full of happiness and strife," and writes, "Let's play to win tonight." In another instance, he adds some musical directions—"Add Strings" and "Just Harmonium." In very good to fine condition, with the front cover missing, the back cover partially detached (and held on with old tape), and tears and toning to the detached title page.

Tommy was first released by The Who in 1969, as an album they envisioned as a singular 'rock opera,' telling the story of a 'deaf, dumb and blind kid.' In 1975, it was adapted for the screen with a star-studded cast that included members of The Who, Ann-Margret, Eric Clapton, Tina Turner, Elton John, and Jack Nicholson. Pete Townshend oversaw the production of an entirely new Tommy album for the soundtrack, this time using synthesizers to create orchestral arrangements he had envisioned and taking advantage of the available musicians—Elton John's rendition of 'Pinball Wizard' was later released as a single and became a top-ten hit.