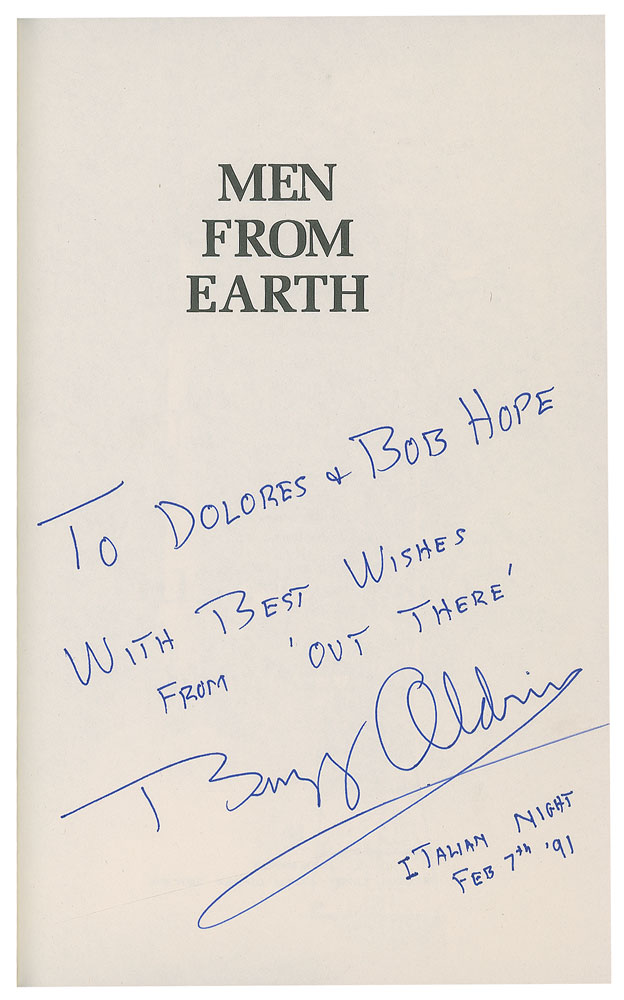 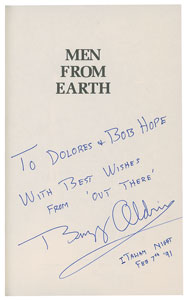 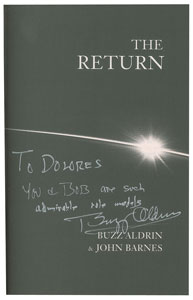 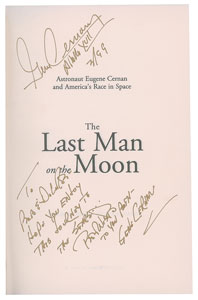 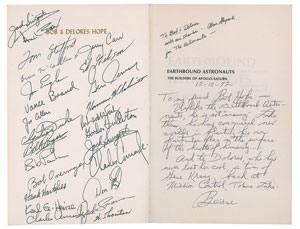 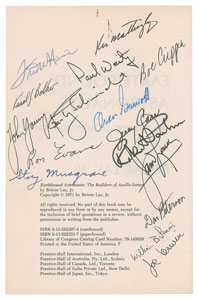 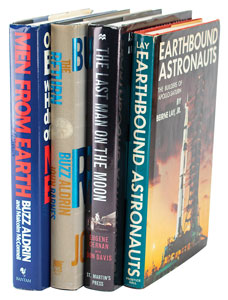 Group lot of four books signed in ink or felt tip by one or more astronauts, each inscribed to legendary entertainer Bob Hope and his wife Dolores, including: first editions of Men from Earth and The Return, both signed by Buzz Aldrin; a first edition of The Last Man on the Moon, signed twice by Gene Cernan; and Earthbound Astronauts, signed inside by an impressive 42 Apollo and Space Shuttle astronauts, including: Alan Bean, Charlie Duke, Gene Cernan, Harrison Schmitt, Charles Conrad (2), Alan Shepard, John Young, Jack Swigert (2), James Lovell, Fred Haise, Rusty Schweickart, Ron Evans, Ken Mattingly, Tom Stafford, Gordon Fullerton, Joe Engle, Vance Brand, Bruce McCandless II, Ed Gibson, Jerry Carr, author Beirne Lay, and more. In overall fine condition, with a rusty paperclip to preface of Earthbound Astronauts, which is accompanied by a letter of transmittal from Rockwell International, dated July 10, 1973, which reads: "It has been several months since our return flight from the Cape after Apollo XVII. However, I did follow through on my offer to have Beirne Lay's Earthbound Astronauts signed by the astronauts still on the program in Houston." Also included is a first edition of Bill and Moya Lear: An Unforgettable Flight, which is signed and inscribed to the Hopes by Moya Olsen Lear.