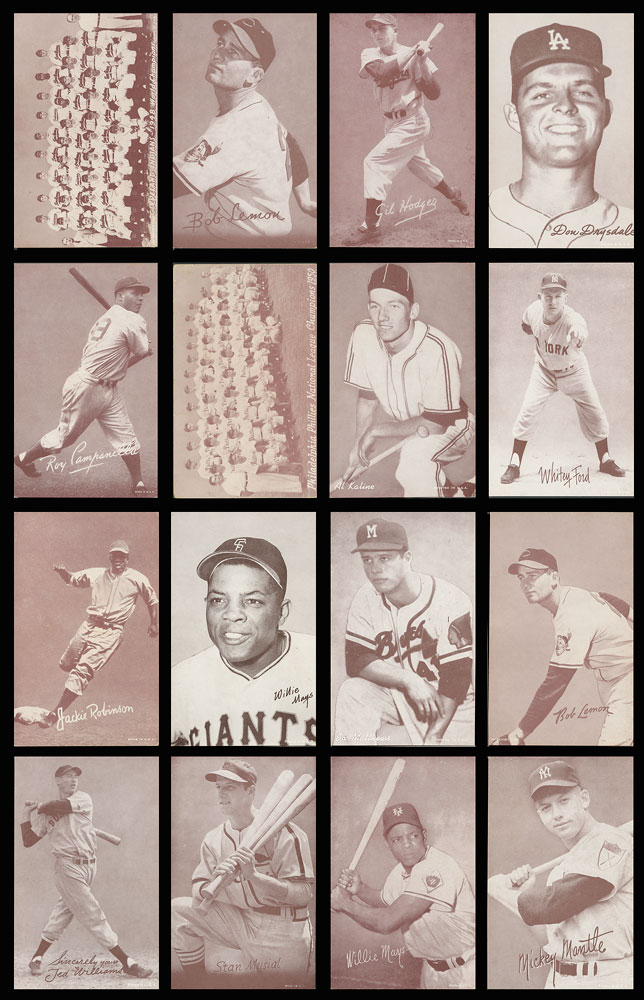 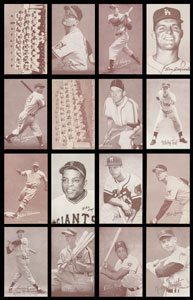 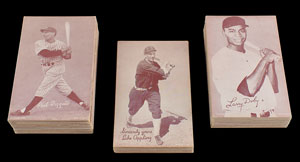 Large collection of these popular Exhibit cards, which were sold via vending machines over a multi-decade period beginning in 1939 and ending in 1966. Each card contains an image of the player along with either his facsimile signature or name printed at the bottom. Included in this group are two dozen of the earlier 'Salutation' exhibits, due to each card proclaiming "Yours Truly" and "Sincerely" before their facsimile signatures, and dozens of Hall of Famers with Mickey Mantle, Ted Williams, Joe DiMaggio, Jackie Robinson, and two Willie Mays cards. Only Hall of Famers and stars are listed within each group. A total of 27 cards (15 salutations and 12 others) have the year or other notations written in pencil on the reverse. A few also have a light red stamp, and both the notations and stampings are common with this issue.