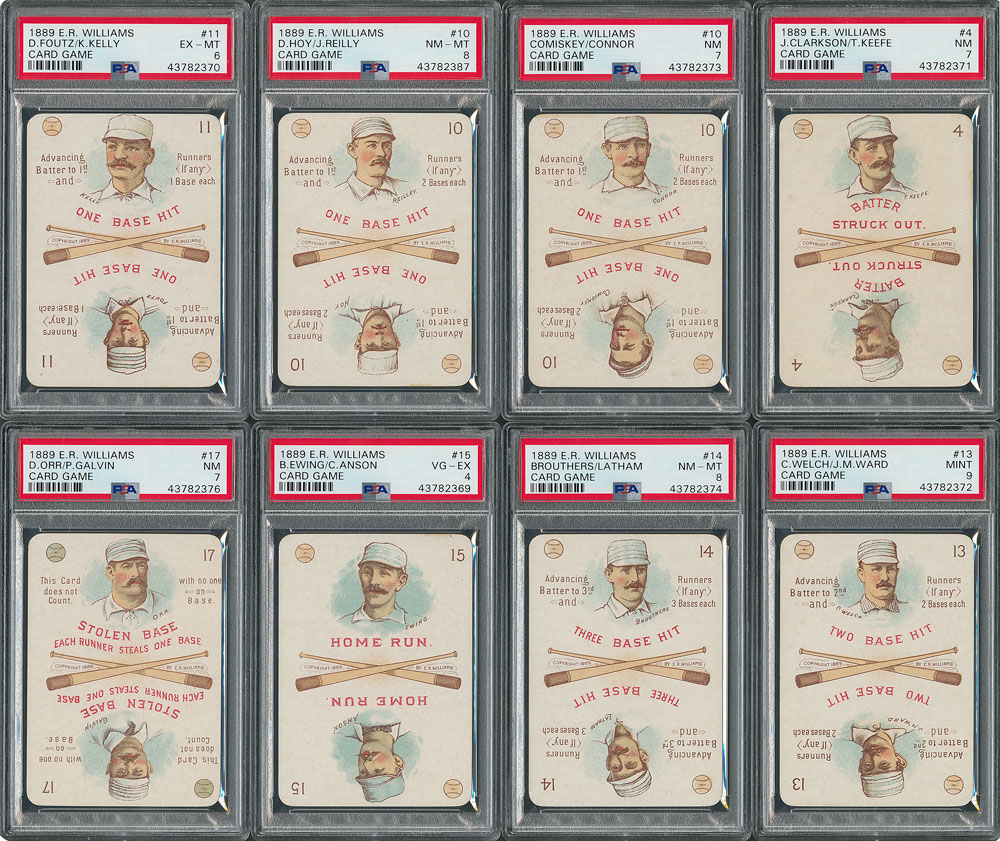 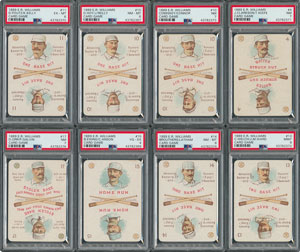 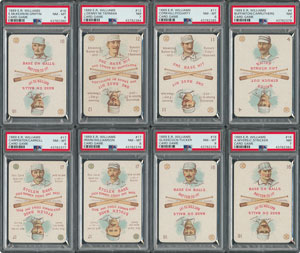 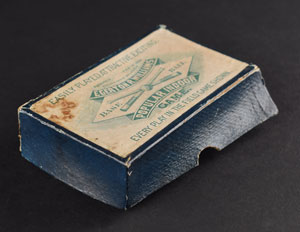 When the sport of baseball was in its infancy, the game was so popular it was even played outdoors in winter. However, most ardent baseball fans at the time were content to pass the hot stove league wintertime away with baseball board games, which were in vogue in the late 19th century. This is a complete high-grade game set with original box and instruction booklet. In 1889, the Egerton R. Williams Game Co. issued an indoor baseball card game, one of many produced at the time, but one which used actual player images including Hall of Famers Cap Anson, King Kelly, Mickey Welch, John Ward, Dan Brouthers, Pud Galvin, Charles Comiskey, John Clarkson, Tim Keefe, and Buck Ewing. While most of the cards are high grade, ranging mostly in EX to NM condition, several fall short and the 4.75 x 3 x 1.25 inch box has some 'character' flaws including creasing, edge wear, and separation of one box top corner. Inside pieces include an instruction booklet (EX), moving base pieces, and scorecards, several which are loosened from the binding. These issues are standard for 19th century baseball board games. We have third-party graded the 19 player image cards, with the balance of the deck grading mostly EX to NM.