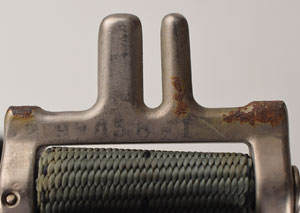 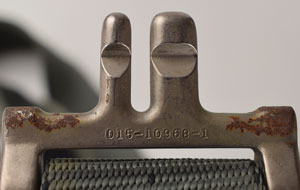 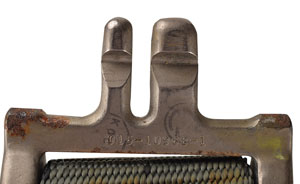 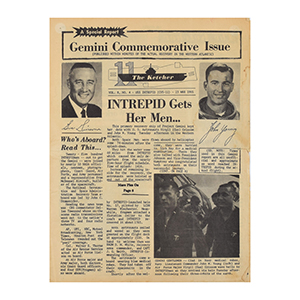 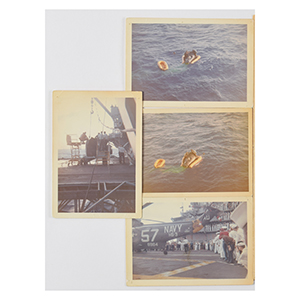 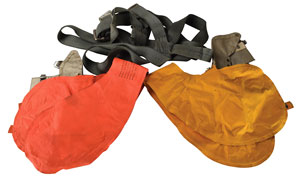 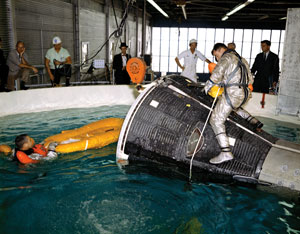 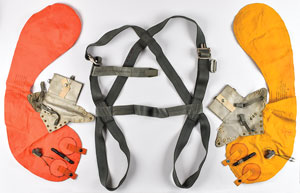 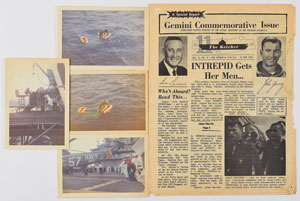 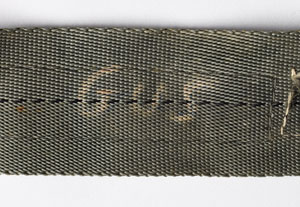 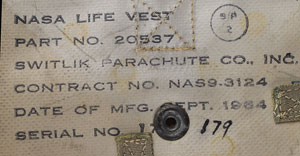 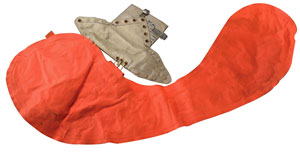 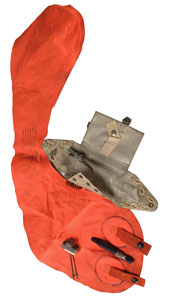 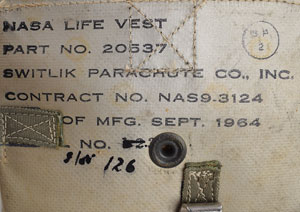 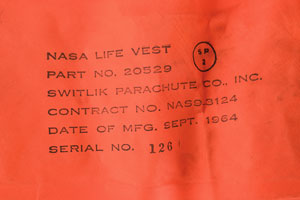 Accompanied by a letter of provenance from the recipient of this life vest, in part: "I was aboard the USS Intrepid (CVS-11) along with thousands of other sailors in March of 1965. I was assigned to Helicopter Squadron 3 (HS-3) as an airman. The mission assigned to our ship and squadron was to provide rescue service for the Gemini 3 space mission…As the splash down neared, I was assigned duty in the squadron 'Ready Room.' This is where the pilots went over the mission plans and suited up for the upcoming flights. It is also where the pilots debriefed after each mission…It turned out that we got the call and the helicopters were launched. With the pilots gone I was able to go up on the catwalk to watch the helicopters return with astronauts Grissom and Young. I snapped a few quick photos and returned to the ready room to await the pilots. As I neared the Ready Room the astronauts and flight crew were coming by. I stood at the hatch and saluted them as they approached. Commander Grissom reached out and handed the life preserver to me and said… 'Take care of this for me.' I have been taking care of it for the last 54 years." Additionally includes four of his original vintage color glossy 5 x 3.5 candid photographs taken during the recovery (two showing the Gemini 3 capsule floating in the ocean, and two taken on the deck of the USS Intrepid), as well as the 'Gemini Commemorative Issue' of the Intrepid's on-board newspaper The Ketcher, published "within minutes of the actual recovery" on March 23, 1965.