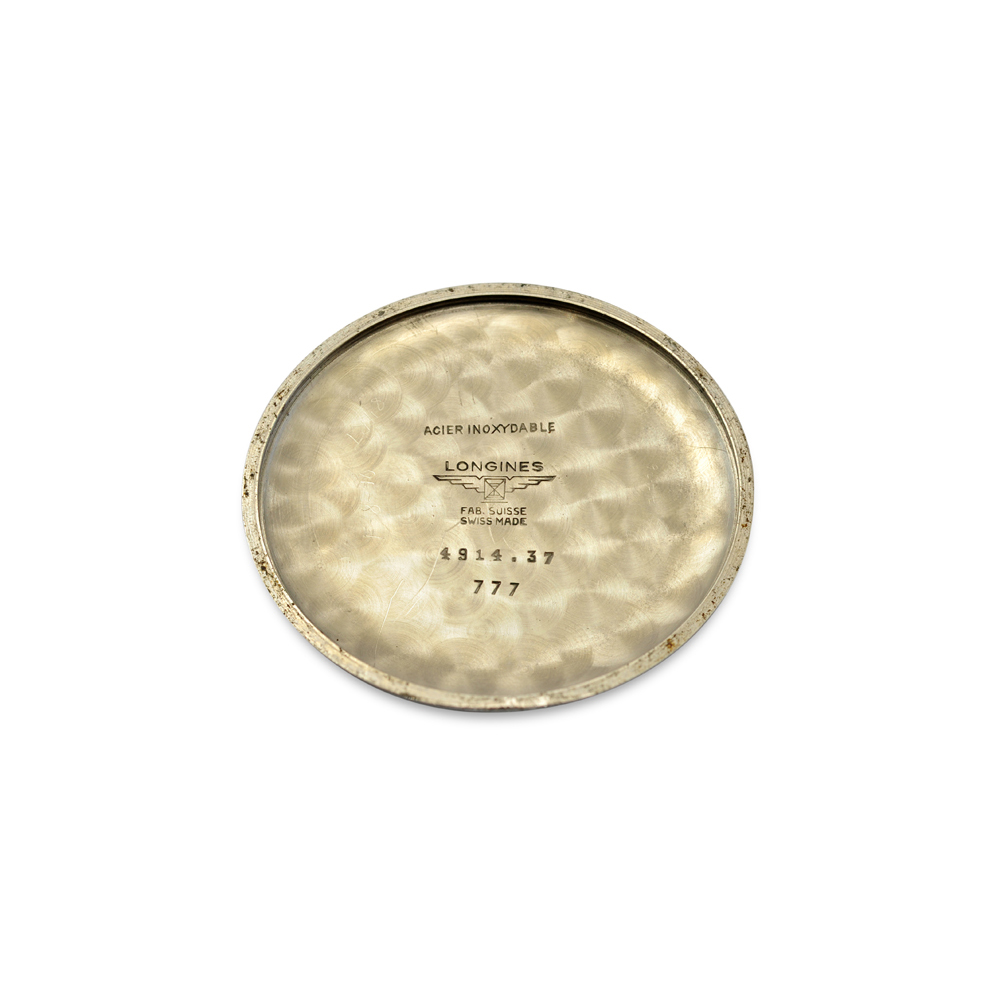 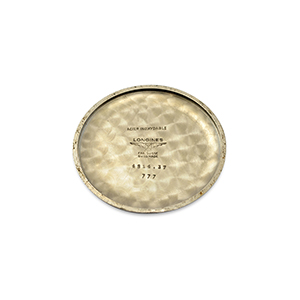 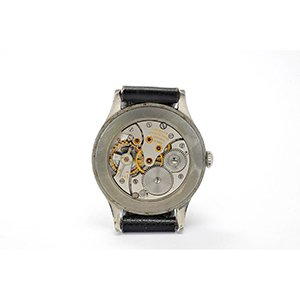 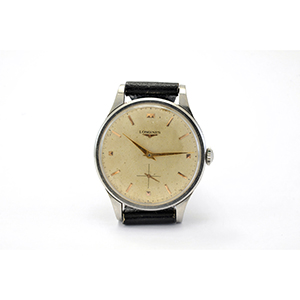 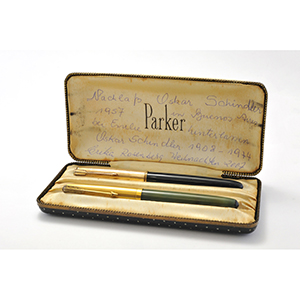 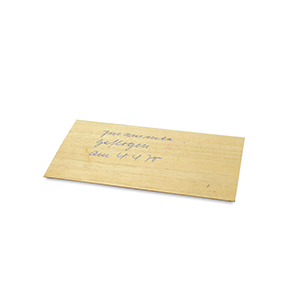 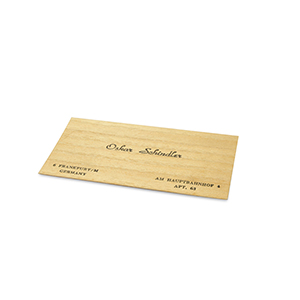 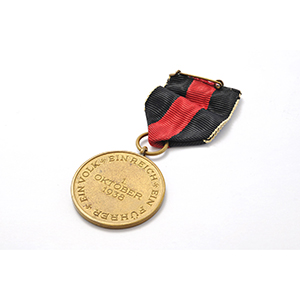 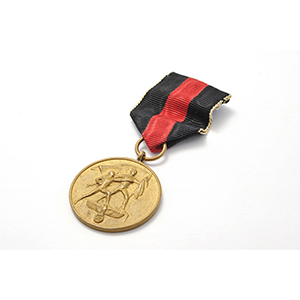 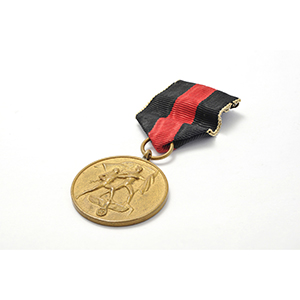 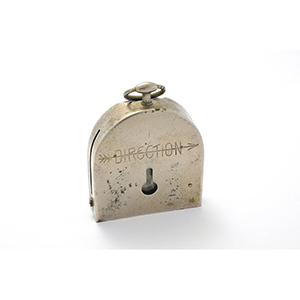 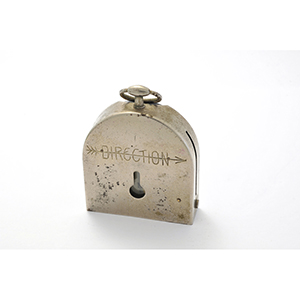 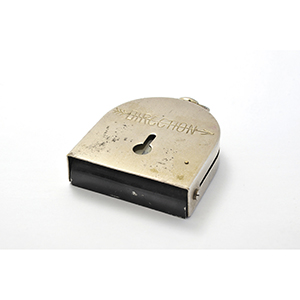 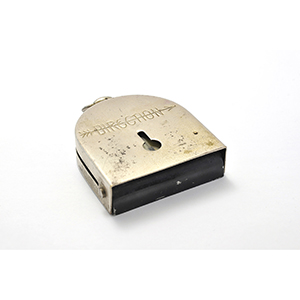 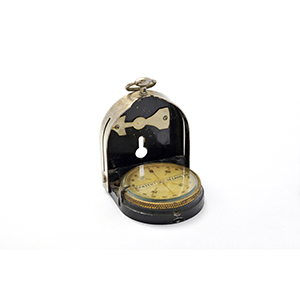 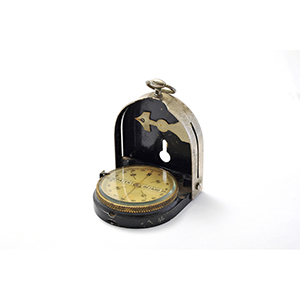 German industrialist (1908-1974) credited with saving almost 1,200 Jews during the Holocaust by employing them in his enamelware and ammunitions factories. Remarkable collection of Oskar Schindler's personal possessions, including a 1938 Sudetenland Medal, his Longines wristwatch, a compass, two fountain pens, and a business card:

Sudetenland Medal belonging to Oskar Schinder, measuring 32 mm in diameter and suspended from a red-and-black ribbon, depicting a man standing on a German podium and helping another unshackled man join him, symbolizing Austria's joining the Third Reich. The reverse reads, "1 Oktober 1938, Ein Volk, Ein Reich, Ein Fuhrer [One People, One Empire, One Leader]." The Sudetenland Medal was awarded to all German officials and members of the Wehrmacht and SS who marched into Sudetenland, and it was later awarded to military personnel participating in the occupation of the remnants of Czechoslovakia. Schindler had aided in the annexation and occupation of the Sudetenland as a spy for the German government.

Longines wristwatch belonging to Oskar Schindler, featuring a white face with gold-tone hands and time markers, silver-tone case, and black leather strap. Longines has confirmed that the "original serial number 10'044'711 identifies a wristwatch in stainless steel bearing the reference 4914. It is fitted with a Longines manually wound mechanical movement, caliber 12.68Z and was invoiced on 17 December 1956 to the company Perusset," which was at that time their agent for Argentina, where Schindler lived from 1949 to 1957.

Compass manufactured by Bezard/Gotthilf Lufft, said to have been used by Oskar Schindler and his wife Emilie whilst fleeing Russian troops and heading for American occupied territory in 1945. The compass featured a built-in folding metal cover.

Thin wooden business card belonging to Oskar Schindler, giving his address as Frankfurt am Main, where he moved in 1957. In overall very good to fine condition. Provenance: From the estate of Emilie Schindler and thence by descent. An amazing archive of Schindler's personal belongings.