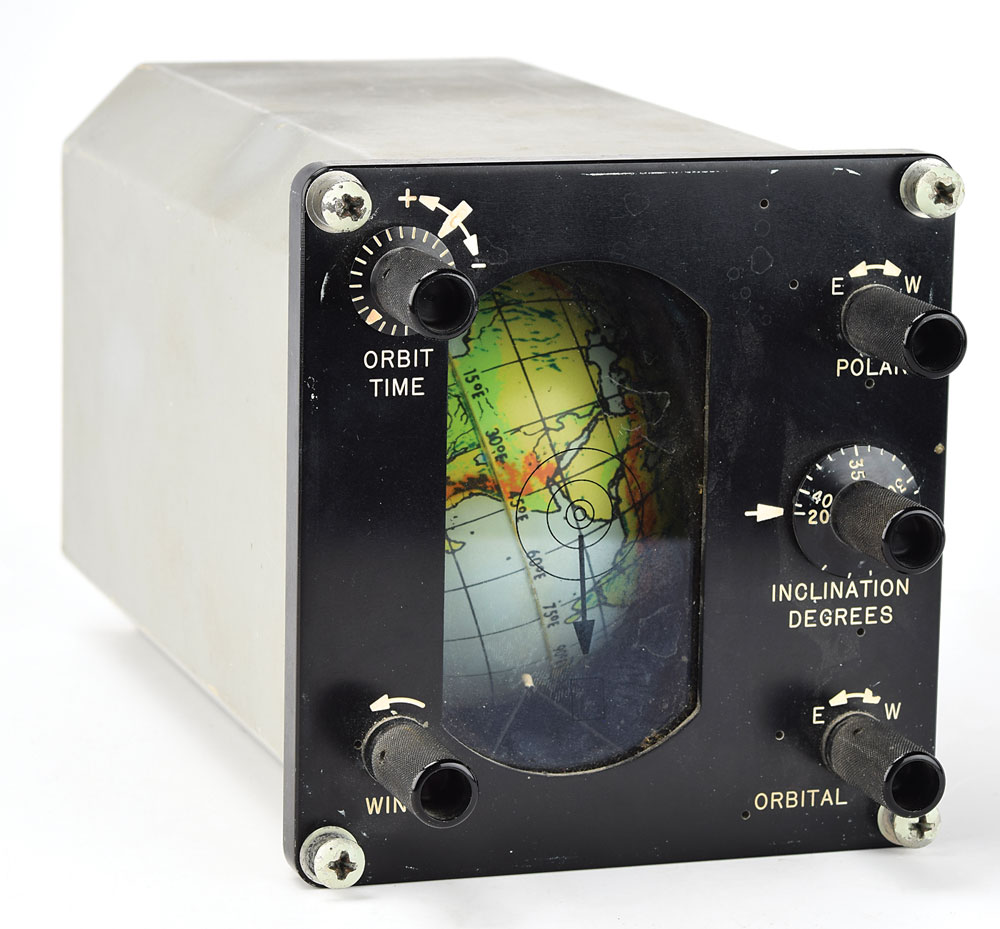 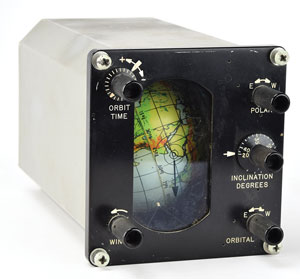 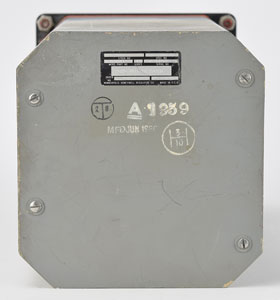 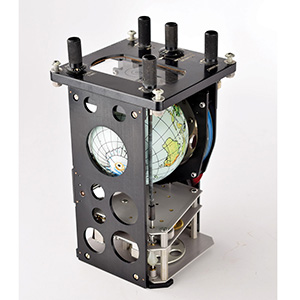 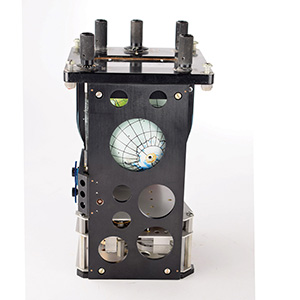 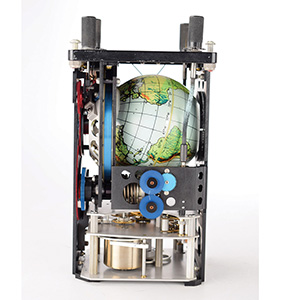 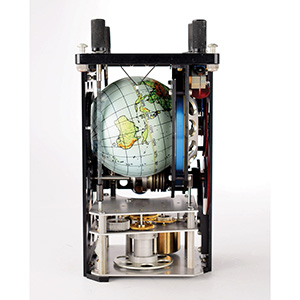 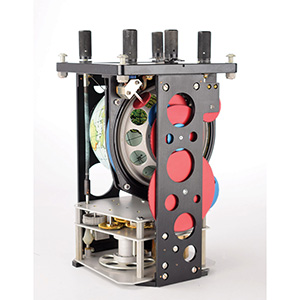 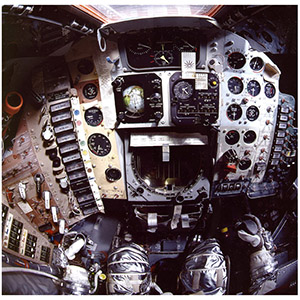 Project Mercury Earth Path Indicator manufactured by the Minneapolis Honeywell Regulator Company, measuring 5″ x 5.25″ x 9.5″, with face featuring a window to interior Earth globe and five knobs marked “Orbit Time,” “Wind,” “Polar,” “Inclination Degrees,” and “Orbital.” The back plate is stamped “A 1959, MFD JUN 1960,” with Honeywell parts label affixed directly above: “MFRS. Part No. DJG280A1, Series A6, Serial No. J-17, Earth Path Indicator.” Includes four original faceplate screws. The device is still functional—turning the "Wind" knob makes the Earth slowly rotate as the mechanism ticks. The “Inclination Degrees” shows how many degrees from exactly along the equator the orbital track was, and is set for 32.5 degrees—the orbital inclination of Glenn’s MA-6 flight. fine condition, with expected wear from use. Consignor notes that it originates from the collection of a former NASA employee.

The Earth Path Indicator (EPI), also called an Earth Orbit Indicator, was one of the navigational tools installed in the Mercury space capsule. An unusual precursor to a modern GPS, the device consists of a small revolving globe driven by a clockwork mechanism. Once in stable orbit, the astronaut would wind up the clockwork, and set the position of a tiny scale model of the Mercury capsule, under which the globe would slowly rotate. A means of replicating the Earth below, the EPI would inform the astronaut of his orbital tracking and where he was in relation to countries, cities, oceans, ground stations, and eventually the point of re-entry into the Earth’s atmosphere. This information was critical to making observations of the Earth, maintaining communications, and concluding the mission with a safe and successful splashdown. The EPI was launched in 1961 on an unmanned test flight, and then on the 1962 Mercury flights of John Glenn and Scott Carpenter, the first Americans to orbit the Earth. The EPI was ultimately deemed superfluous and was part of the hardware removed for Wally Schirra’s Mercury-Atlas 8 mission.