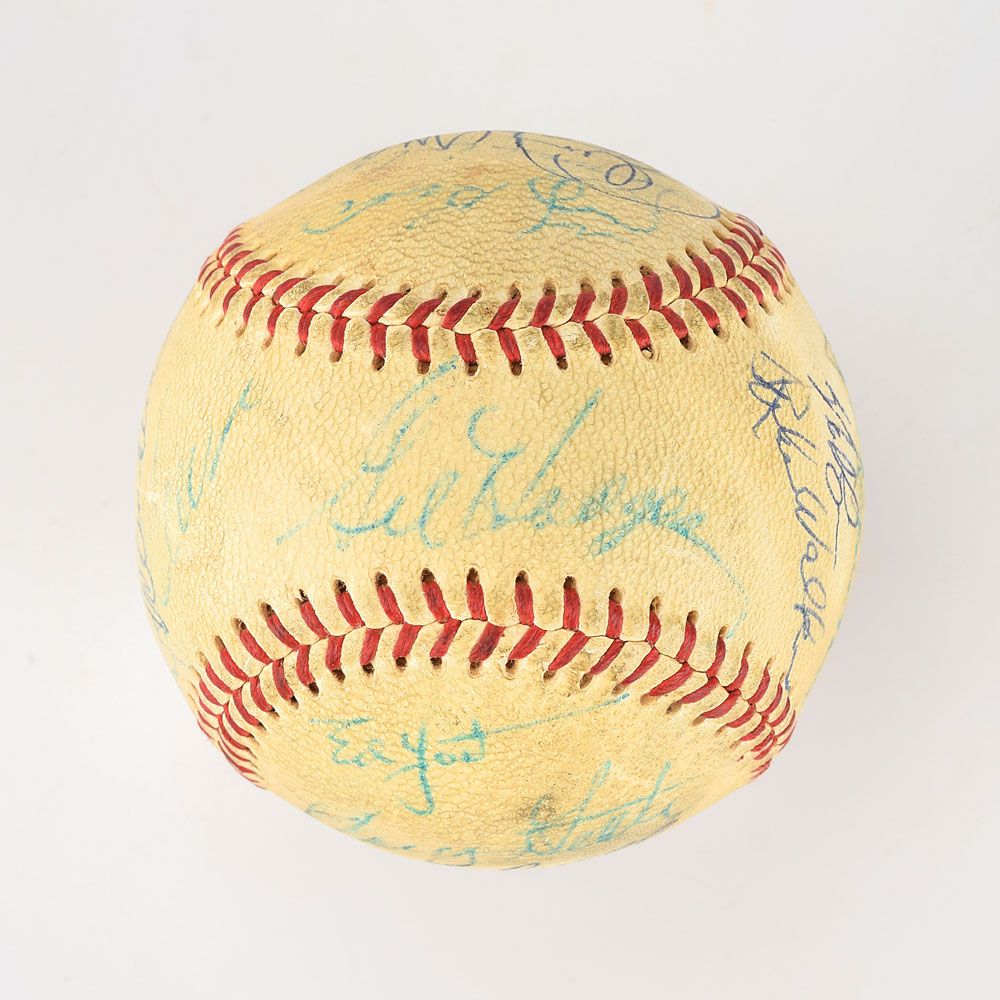 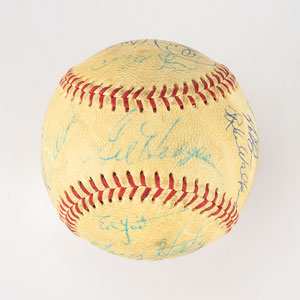 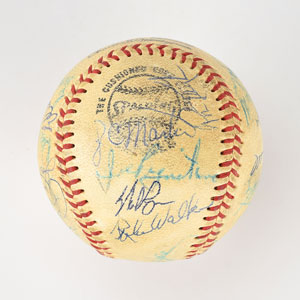 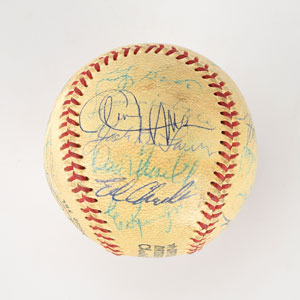 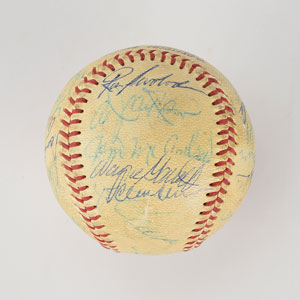 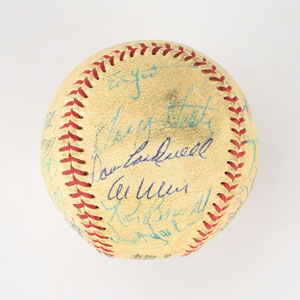 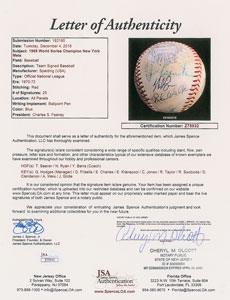 The 1969 New York Mets provided the baseball world with the ultimate upset, defeating the vaunted Baltimore Orioles in five games in winning the 1969 World Series. The team rode a tremendous pitching staff headlined by Tom Seaver and Jerry Koosman in the rotation, and a young fire-baller named Nolan Ryan out of the bullpen. This is a VINTAGE team-signed baseball from that Miracle Mets squad, containing 25 blue ink signatures on an evenly worn ONL Feeney ball including the four keys of Gil Hodges (SS), Yogi Berra, Tom Seaver and Nolan Ryan, which is a vintage beauty! The consistent color and appearance of this ball leads us to believe it was likely a game ball from that season.

There are also two others. Accompanied by a full letter of authenticity from James Spence Authentication (JSA). Pre-certified by PSA/DNA.